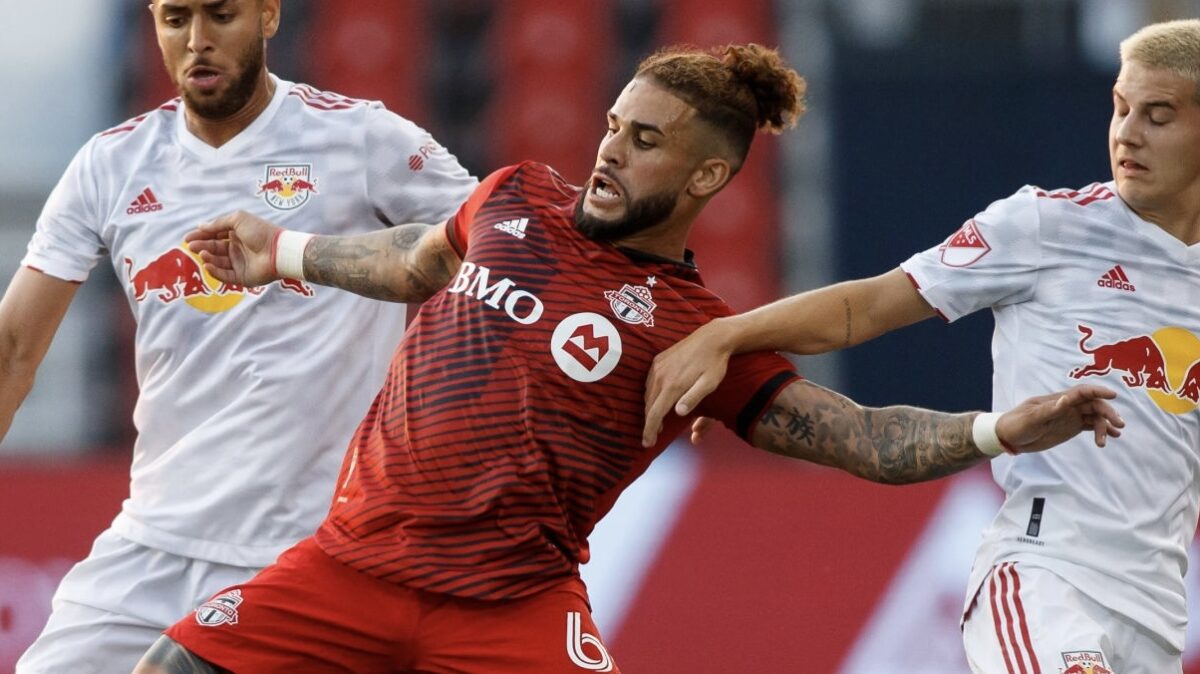 FC Dallas and Toronto FC pulled off a multi-faced trade on Monday that will leave TFC with some precious roster maneuverability and gives FC Dallas two of the top six picks in Tuesday’s 2-2022 MLS Draft.

TFC traded Dom Dwyer and the third overall pick in Tuesday’s MLS Draft to FC Dallas in exchange for $50,000 in general allocation money. The deal allowed TFC to unload Dwyer’s guaranteed contract, which FC Dallas promptly voided by using its lone contract buyout for the 2022 season.

The maneuver cost TFC a high draft pick, but will allow the club the flexibility to use its one contract buyout on Jozy Altidore, though TFC could still find a move to either trade or sell the former U.S. men’s national team striker.

Dwyer, 31, made 14 appearances for TFC in 2021, and failed to register a goal. The veteran striker has registered 81 goals and 19 assists in 209 career MLS appearances.

FC Dallas now holds the No. 3 and No. 6 overall picks in the first round of Tuesday’s draft, and is expected to be in the market for central defense depth and a goalkeeper.

As for Toronto FC, Bob Bradley’s side is expected to make some more additions following the high-profile signing of Lorenzo Insigne, with midfielder Yeferson Soteldo expected to leave and Jozy Altidore also expected to move on.

Charlotte FC continues its roster building ahead of its inaugural MLS campaign, adding defender Christian Makoun in a trade with Inter Miami on Monday.

Makoun made the move to Charlotte FC along with the No. 9 spot in MLS’ allocation list, in exchange for the No. 1 spot. Inter Miami will retain a percentage of a future transfer of Makoun.

The 21-year-old made 26 appearances for Inter Miami in 2021, registering two goals. Makoun has yet to make his senior debut for the Venezuelan national team, but has been named to the squad in each of its last five World Cup Qualifiers.

“We’re very excited to welcome a player of Christian’s quality and potential to Charlotte FC and continue building the spine of our team. He started over 20 games in MLS last season which adds even more league experience to our backline,” said Charlotte FC sporting director Zoran Krneta. “It is difficult to find players like Christian who are left footed and possess all the qualities we are looking for in our central defenders. He is someone who can help us win now but is also a young player with a bright future at our Club.”

Inter Miami’s roster shuffling ahead of the 2022 MLS season continued Monday with veteran center back Leandro Gonzalez Pirez heading back to his native country of Argentina.

The Eastern Conference club announced Monday that Gonzalez Pirez has been loaned to River Plate through 2023. River Plate will also hold an option to purchase the defender outright.

“We continue to make moves with the intention of best positioning our roster moving forward and we feel that this loan gives us options to do so. We’re also pleased for Leandro to be able to return to his former club and wish him well during his loan,” said Inter Miami chief soccer officer and sporting director Chris Henderson.

Gonzalez Pirez signed for Inter Miami during its inaugural season in July 2020 and went on to make 46 combined appearances over the past two seasons. He registered two goals and five assists in that time with the club.

The Buenos Aires, Argentina native began his career with River Plate and went on to make 35 senior appearances for the team from 2011-13. Gonzalez Pirez also played for Atlanta United from 2017-19, helping the Five Stripes win three trophies over that time, including the 2018 MLS Cup.

Inter Miami failed to make the playoffs in Phil Neville’s first season as head coach in 2021.

Designated Player Tomas Pochettino is also on the move to Argentina side River Plate, joining the top-flight club on a one-year loan deal from Austin FC.

Pochettino made 31 appearances for Austin FC during the 2021 MLS season, scoring two goals and registering two assists. Both of his goals came in a 3-2 win over Texas rivals Houston Dynamo on August 4.

Austin FC will hope for better success in 2022 after failing to make the playoffs in its inaugural MLS campaign.

Real Salt Lake retained a veteran presence of its roster for 2022, re-signing winger Justin Meram to a two-year deal on Monday.

Meram, 33, has contributed 48 goals and 44 assists in 295 career MLS regular season matches across 11 seasons in the league. In 2021, Meram notched two goals and five assists in 31 appearances for RSL following a three goal, three assist 2020 campaign in Utah.

“Since his arrival in Salt Lake ahead of the 2020 season, Justin has been a valuable contributor to our team.” RSL general manager Elliot Fall said. “Ensuring his return for 2022 was a priority for us this offseason and we’re very pleased we were able to get it done. Justin will provide Pablo and his staff another proven attacking option for our group moving forward.”

Meram recently announced his retirement from international soccer, finishing his career with 33 caps and four goals for Iraq’s national team.