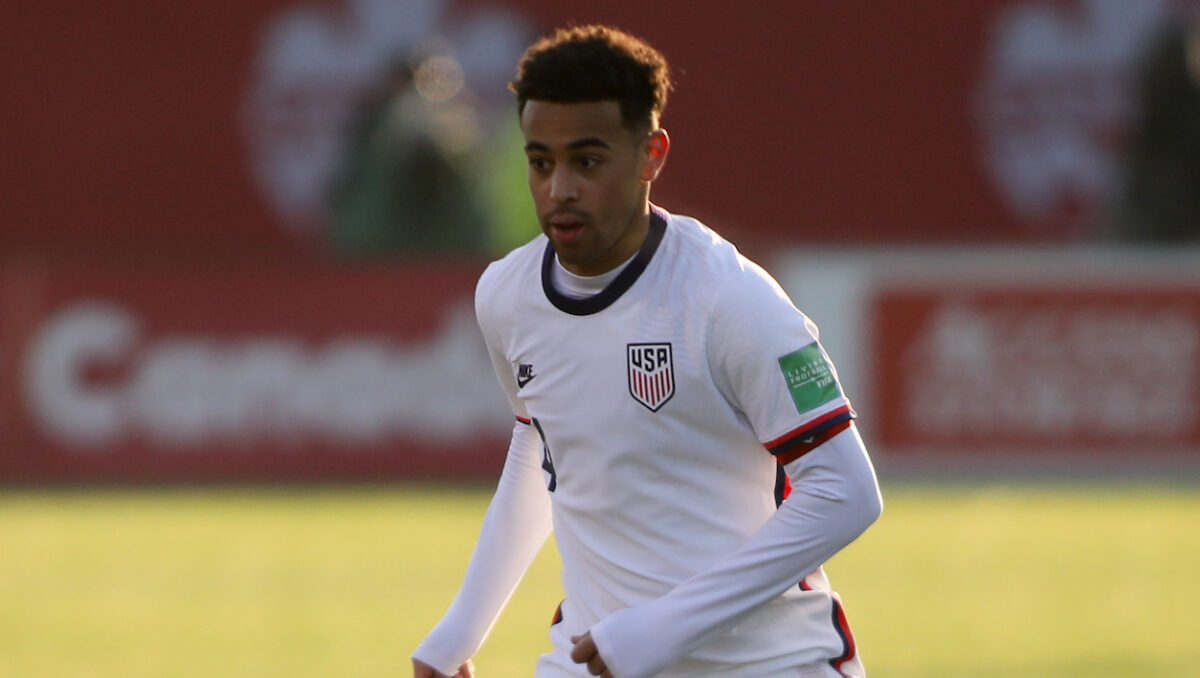 As if the U.S. men’s national team’s loss to Canada wasn’t already bad enough news for Gregg Berhalter, the head coach will now be without two of his starters for Wednesday’s home clash with Honduras.

Tyler Adams and Chris Richards have been ruled out of the final World Cup Qualifier this window after suffering respective injuries in Sunday’s 2-0 loss to Canada. Adams has been ruled with a hamstring injury while Richards suffered an ankle injury.

No replacements will be added to the USMNT roster for Wednesday’s match.

Adams was substituted off in the 69th minute and replaced by Kellyn Acosta for the final 20+ minutes of the match. The RB Leipzig midfielder has started in nine of the USMNT’s 10 qualifiers so far in the octagonal round, going the distance in seven of those matches.

Richards did not finish Sunday’s match in Hamilton after being clipped late by substitute forward Ike Ugbo. The Hoffenheim defender did not return to the match, leaving the USMNT to finish the match with 10-men.

Canada iced its victory in stoppage time thanks to Sam Adekugbe’s first international goal, moving four points clear of the Americans in the octagonal round table.

Richards has made four starts for the USMNT during the qualifying cycle and overall has delivered a strong season abroad with Hoffenheim.

Walker Zimmerman, who started Thursday’s 1-0 win over El Salvador, was not in the matchday squad due to a hamstring worry. The Nashville SC defender is expected to return for the USMNT this week, a positive sign with Richards ruled out.

“Walker Zimmerman was held out of the match as a precaution because he had a slight hamstring issue leading up to the game, but he should be fine for the next game.”

The USMNT will look to end this window on a high note against already-eliminated Honduras, knowing both Mexico and Panama are right behind them in the standings.