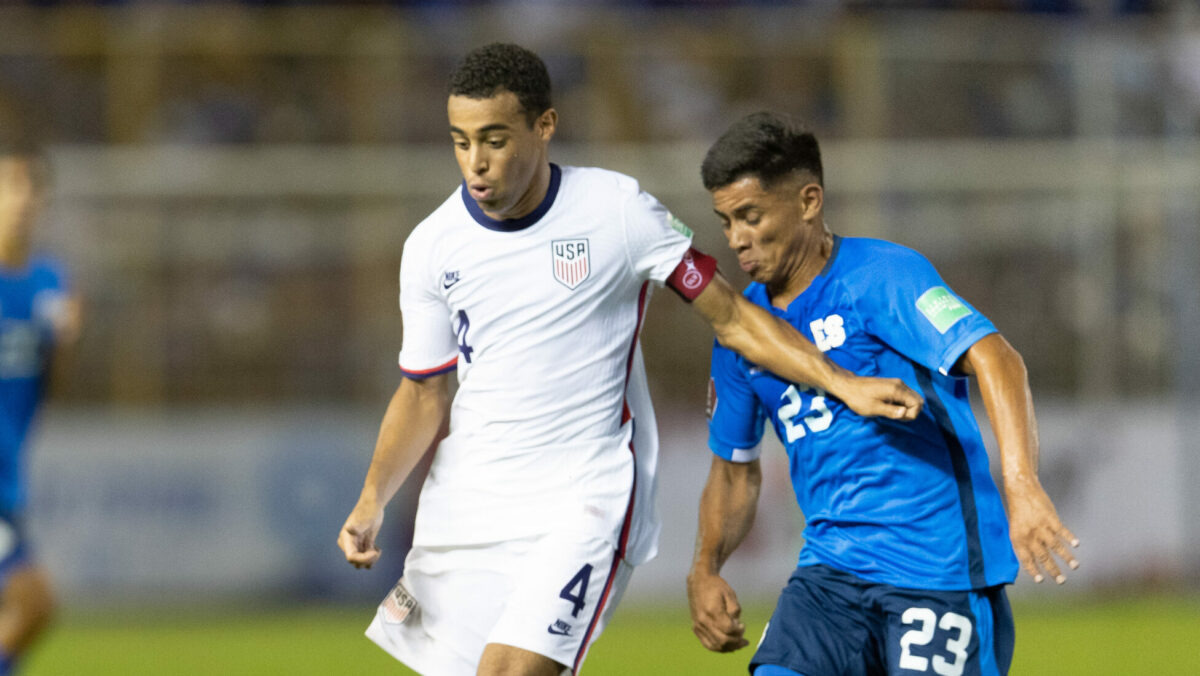 The U.S. men’s national team resumes its quest for World Cup Qualification in Columbus, Ohio and after stumbling in its first meeting with El Salvador at the beginning of the Octagonal round, the Americans will be pushing for an improved performance on home soil.

Gregg Berhalter’s side hosts El Salvador in Columbus on Thursday night (7 p.m., ESPN2, UniMas, TUDN) in the first of three qualifying matches this window, and the Americans know a win would help them move on step closer to a top-three finish in the octagonal round. The USMNT struggled in its first meeting with Hugo Perez’s side back in September, settling for a draw after a lackluster performance in San Salvador.

Now the Americans are eager to deliver a bounce-back performance in Columbus and set the tone for an important trio of matches, along with Sunday’s visit to Canada and next week’s match against Honduras in Minnesota.

“We can do all of the talking we want, but it’s about going and proving it on the field,” Berhalter said in his press conference Wednesday. “We’re feeling good, we’re confident and we’re ready to go. We know our opponents will bring a lot of pressure and will be pressing us high up the field and we have to move the ball quickly. They are the No. 1 ranked team in Concacaf when it came to pressing in the first eight games so we have to be prepared.”

“We know they are going to try and play defensively and try and get any points they can out of the game,” USMNT left back Antonee Robinson said. “It’s something we’re going to have to be patient with and try and show our quality on the field to break them down. It’s something we’re looking forward to and overall I think we just have a stronger team than they do, so we have to show that.”

The USMNT didn’t offer much in its first meeting with El Salvador, registering two shots on goal out of its 14 in total in the match. Since then, the USMNT has registered 12 goals in seven matches, which is good for the second-most in Concacaf behind leaders Canada.

Berhalter will have the offensive abilities of Christian Pulisic, Brenden Aaronson, and Ricardo Pepi to call on for Thursday’s match, while midfielders Weston McKennie and Yunus Musah have also been riding good form in recent weeks at club level. The USMNT will need those weapons to click against an feisty El Salvador team that will try to stay compact defensively, much as it did last September against the Americans.

“I think it’s going to take just being relentless and constantly asking questions of their defense,” Pulisic said. “It’s not always easy going up against a team that just sits back and defends, but we just have to be relentless and keep going time after time. Even if it doesn’t work out in the early stages of the game, we just have to keep playing how we want to play.”

The USMNT will be focused solely on Thursday’s showdown with El Salvador, especially knowing a victory paired with dropped points by Canada in Honduras would move the Americans to the top of the Concacaf standings. Although a road trip to Tim Hortons Field and a showdown with Canada comes just three days later, the Americans can’t afford to overlook La Selecta, who are trying to spark their own surge up the standings.

“I mean, I will tell you right away, I don’t ever go into a game and say I want to tie or not get maximum points,” USMNT midfielder Tyler Adams said Tuesday. “For me, the whole point of playing and competing is you want to win and get three points.

“[But] when you start to look too far ahead, and I’m already thinking about playing in a game against Canada, that’s overlooking a good opponent in El Salvador, where we went to El Salvador and drew. So I don’t want to have the mindset of looking too far ahead and creating a distraction for myself. I want to stay focused on exactly what’s in front of me and what the aim of the target is.”