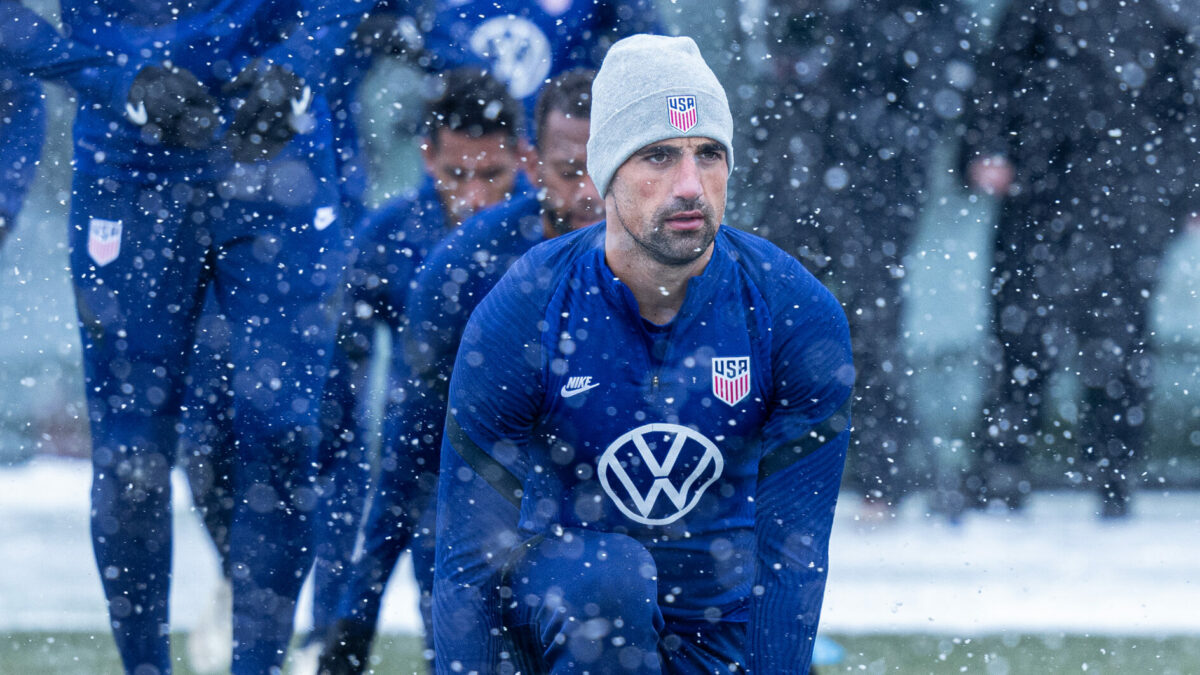 The U.S. men’s national team had to endure and still has to endure some tough environments in the current World Cup Qualifying cycle, but this round will have Gregg Berhalter’s side looking to use more than their fans and a star-studded roster to move one step closer to its goal.

Weather has been one of the main talking points ahead of the USMNT’s opening January qualifier against El Salvador on Thursday in Columbus, Ohio. The USMNT will also embark on a trip to Hamilton, Ontario in Canada on Sunday before closing out its penultimate round of qualification next week in St. Paul, Minnesota.

After playing in the warm conditions during the early stages of the octagonal round, the Americans are aiming to use the low temperatures to their advantage, starting with a rematch against El Salvador at Lower.com Field.

“I was just outside today training and it’s really cold, and my feet felt cold,” said Red Bull Salzburg midfielder Brenden Aaronson on Monday. “But listen, I’m used to it, I just got back from where it was snowing last game. So I think a lot of these guys are used to it, playing in Europe, and most of the MLS guys, I would imagine. So yeah, I think we’re ready to go.

“There’s no real way of getting around how cold you’re going to be,” Aaronson added. “I think just kind of coming to terms with it and having little things you can do, like getting hand warmers or maybe wearing double socks in the game, maybe little things you can do. But there’s no, really, way of getting past that. I think it’s just you got to get warm as fast as you can on the field and all the adrenaline starts to kick in, and then you’re ready to go in the game.”

While the USMNT will have Sunday’s road trip to Canada circled multiple times on its calendar, Thursday’s home match against a stingy El Salvador side is just as important. The USMNT failed to defeat Hugo Perez’s side back in September, gathering just one point in a lackluster scoreless draw in San Salvador.

Now with points coming at a premium, the USMNT will be focused on overcoming the projected single-digit temperatures in Columbus and walking away with an important win with only six matches left to play.

“It’s mind over matter,” Berhalter said following the roster announcement last Friday. “This is an opportunity for us to gain an advantage on our opponents. They’re all coming from the equator, and it’s going to be really difficult for them to deal with these conditions.

“They’re going to take a couple breaths in and it’s going to hit them like they’d never been before,” Berhalter added. “And our guys who have been playing in Europe, in cooler temperatures, and most of the guys here have played in cool temperatures, will be ready to go.”

The USMNT will face pressure to secure at least two wins during this qualifying window, regardless of the temperature or weather conditions in Columbus this Thursday. The Americans are sitting in second place in the standings, but a victory Thursday paired with dropped points by the Canadians against Honduras would catapult the USMNT to the top of the table heading into Sunday’s trip to Tim Hortons Field.

With star players like Tyler Adams, Weston McKennie, and Christian Pulisic leading the way, the USMNT is ready to embrace the moment and possibly make some new history in Ohio this week.

“It’s something I think everyone’s looking forward to,” USMNT left back Antonee Robinson said about the weather conditions. “Growing up in England, I’m not a stranger to snow. Kind of takes me back to when I was younger, I remember Boxing Day, it was a big thing in my Sunday league team, we used to play ‘dads vs. lads,’ so all the sons would be playing against the dads on a snowy pitch. That’s some of the happiest football I have ever played.”