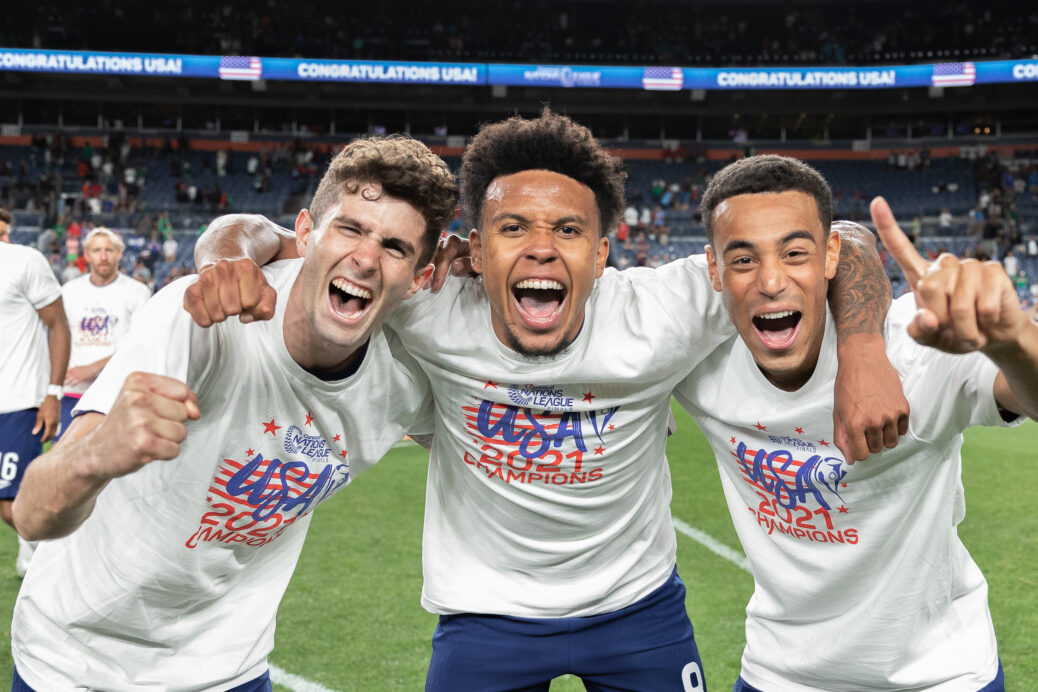 The trio of Christian Pulisic, Weston McKennie and Tyler Adams have been on the field together to celebrate the final whistle of a pair of memorable victories in the past year. First there was the Concacaf Nations League triumph over Mexico, then there was the November World Cup qualifying win against El Tri.

It almost feels like we are used to the long-time friends celebrating together, when the reality is we haven’t seen them play together very often. In fact, Pulisic, McKennie and Adams have only been on the field together four times as international teammates, and only once — in a friendly vs. Ecuador in March of 2019 — have the three been in the same starting lineup.

The wait to see them in the starting lineup together should end on Thursday, when the USMNT faces El Salvador,

“Obviously I’ve known these guys for a long time so we’re very excited to be in camp together,” Pulisic said of McKennie and Adams. “Anytime that we can be on the field together is an exciting thing. I think we all enjoy it a lot. I think people can look forward to it, and obviously, just having a full healthy team and as many guys available as possible is only going to help us in this in this process.”

The trio first played together in November of 2018, in a 3-0 friendly loss to England. McKennie and Pulisic started the match, while Adams came on as a 62nd minute substitute. The three were only on the field together that day for 13 minutes before McKennie left the match.

Injuries have been the biggest culprit in keeping the Pulisic, McKennie and Adams from playing together more often as they each have had stints on the sidelines at varying points. Early on it was Adams who was forced out of action for large stretches of 2019, while Pulisic missed time in 2019 and McKennie missed time as well at various points.

They were poised to start together last fall, in September, when the USMNT was set to face Canada, but McKennie was suspended for the match, and one match later Pulisic suffered an ankle injury that kept him out of the USMNT starting lineup for the next five qualifiers.

As a result, the trio have only played together a total of 133 minutes, a figure they should add to considerably in the coming days if all goes well, starting with the match against El Salvador.

Thursday could also mark the first time Pulisic, McKennie, Adams and Sergiño Dest are on the field at the same time. All four have appeared in the same match just once, in the Concacaf Nations League final, but Dest left the match in the 60th minute while Adams didn’t enter until the 82nd minute.

The lack of time together among those players illustrates the challenge Berhalter has faced while trying to help the USMNT’s golden generation develop and come together, but the ever-improving depth of the group has helped the team cope with those absences.

“I really took advice from some of the ex-national team coaches, particularly Bruce (Arena) and Jurgen (Klinsmann) and Bob (Bradley) when they’re telling me ‘Listen, the national team, you’re not going to be able to call on all your guys all the time,” Berhalter said. “It’s just not happening just due to injuries, suspensions, club releases. Whatever you have, it’s going to be complicated. So we’ve rolled with that mindset, and we just adapt and whoever’s in camp, whoever’s fit, whoever’s available, we go with them. We were confident in the group, we’re confident the depth of this group.”

New players have emerged to take on major roles in the team, such as Brenden Aaronson, Ricardo Pepi and Yunus Musah, but Thursday’s match against El Salvador should provide a good glimpse of just how good the USMNT lineup can be, while also giving long-time friends Pulisic, McKennie and Adams a chance to experience their first start together in nearly three years.