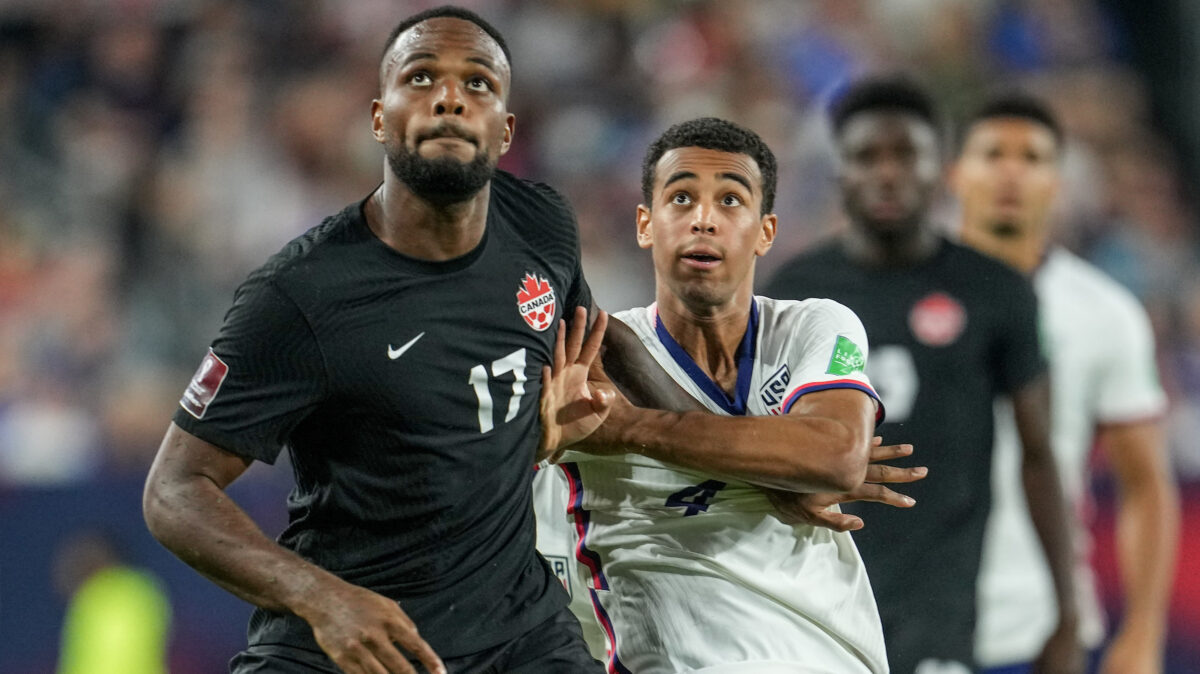 The U.S. men’s national team might not have to deal with Canadian star Alphonso Davies in Sunday’s World Cup Qualifier in Hamilton, Ontario but the hosts will still have plenty of firepower to call on a clash of the top two teams in Concacaf at Tim Hortons Field (3 p.m. Paramount+, Telemundo/Universo).

Sunday will mark the second of two qualifying showdowns between the USMNT and Canada, with first place at stake in the octagonal round table. The Canadians are the lone remaining unbeaten team in the Octagonal, and will be trying to extend its lead atop the standings, while the Americans look to halt the momentum of a Canada team that has blossomed in recent years.

“I think it’s similar to us,” said Berhalter. “They have a young player pool, highly-talented players when you think of Alphonso Davies and Jonathan David and Cyle Larin and all the guys, Tajon Buchanan and Jonathan Osorio. They have a talented group of players, make no mistake about it.

“If you guys remember what I said in 2019 after we lost to them, I said it’s a good team. I didn’t think that team was given enough credit,” Berhalter said. “And here they go, a couple years later at the top of the table after nine games. They’re a well-coached team. They know how to play, they have a clear philosophy and they deserve to be where they are right now.”

Canada will not have the services of Davies to call on, but still possess the highest-scoring attack in the octagonal round so far. Either Jonathan David, Tajon Buchanan, or Cyle Larin have scored goals in each of the last four qualifying matches for Canada, while versatile midfielder Stephen Eustáquio returned to the squad on Saturday after missing out on Canada’s 2-0 road victory on Thursday.

Canada’s success in qualifying isn’t a major surprise, especially with victories over Mexico, Costa Rica, and Panama all on home soil over the past few months. It is just the latest example of the amount of growing talent in the squad and Herdman’s continued impact as head coach.

“You look at the shift, of players of theirs that are playing in Europe, playing in top leagues and playing well,” said Walker Zimmerman. “But I think there’s been a shift in their mentality and they play with a chip on their shoulder, they play with something to prove, and they play with an intensity that is very high. They’re a confident group. And so whenever you go out there, you know that they’re going to compete and that you have to match that level of intensity and desire.”

“I think it’s the talented players that the group have, but it’s also his strong leadership, painting a vision for where the Canadian program can go,” Berhalter said of Herdman. “Once you have people buying into that vision, it’s no surprise that they’ve had the success that they’ve had. We’ve been able to bounce some ideas and some notes off each other in qualifying. We’re pulling for the Canadian team to qualify, there’s no secret about that. And it’s only tomorrow that I want them to lose and then every other game, I’m happy that they win.”

The USMNT earned one point against Canada back in September, using a goal from Brenden Aaronson to claim a 1-1 draw in Nashville. Overall the Americans have won two of their last three head-to-head meetings with Canada, eliminating them from the Concacaf Nations League in 2019 and also from the 2021 Concacaf Gold Cup.

Sunday’s meeting will have Canada playing in front of a reduced home crowd, but a home crowd regardless as it aims to move four points clear of the USMNT in first place. The USMNT will be eager to play a better overall game than it did on Thursday in Columbus, but is prepared for anything and everything from the hosts.

“We know it’s going to be a tough game, a physical game, and we’re looking forward to the competitive nature of that game,” Berhalter said. “One major takeaway that we’ve had since my time as coach is that first Canada away game in the Nations League is where we really fell flat from a competitive standpoint. So that’s the emphasis in this game.