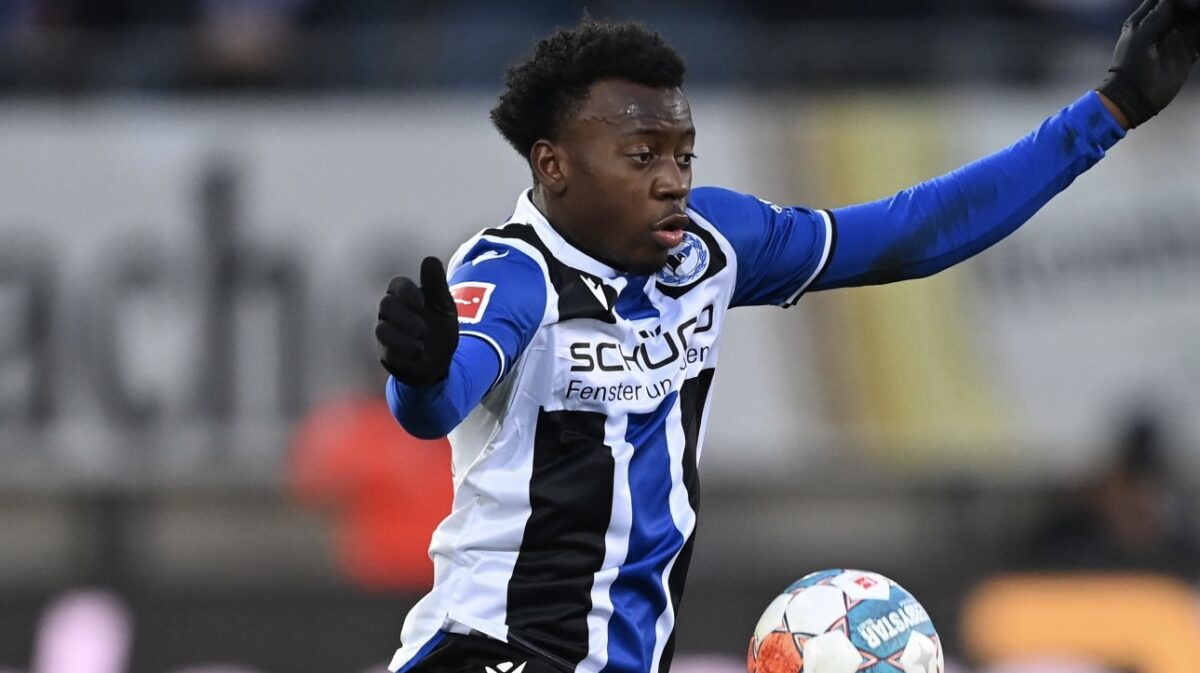 George Bello didn’t have to wait long to cross his European debut off his checklist as the American defender featured in front of the Arminia Bielefeld faithful on Saturday afternoon.

Bello played the final 19 minutes of Bielefeld’s 1-1 draw with Borussia Moenchengladbach, becoming the latest U.S. men’s national team player to feature this season abroad. The 20-year-old helped Bielefeld earn one precious point in its fight for league survival in 2022, closing out a home draw against its 13th-placed visitors.

Bello hasn’t been able to watch much of his new team this season, but is already expecting more success as the second half continues.

“I felt like we played really well,” Bello said in a club interview. “We were dominant in the first half and I even felt like we controlled the game. We got one now and not none at all, which could have happened. But we will continue to develop and make things here so that we can get even more wins in the future.”

After waiting in the wings at Atlanta United for his first two seasons with the first team, Bello earned his opportunity throughout 2020 and 2021 for the Five Stripes. The Homegrown left back made 50 combined league appearances for Atlanta United, scoring two goals, registered four assists, and getting an early taste of first team action.

The Nigeria-born Bello also earned six caps for the USMNT in 2021, a testament to his continued growth at the professional level. Bello was able to experience his debut in front of the home supporters at the SchucoArena, another dream that has become a reality in recent months.

“It’s wonderful and I thank God for it,” Bello said. “It’s a dream of mine that came true today and I’m glad I was able to help the team a little bit. I hope that’s just the beginning. I’m super happy about my debut and can’t wait to see my family and tell them about it. I’m just super happy.”

Bello is one of four left back options in Frank Kramer’s squad, joining Andres Andrade, Jacob Barrett Laursen, and Nathan De Media as players who will be relied on. Bello might be the new guy in the squad, but he’s also the youngest, providing a new presence of excitement to the team’s plans.

Bielefeld extended its unbeaten run to six matches with Saturday’s home draw, but will have tougher matches on the horizon with Hoffenheim, Union Berlin, and Bayer Leverkusen on the schedule for the remainder of February. Bello will continue pushing to make the starting left back job his, but already has the support of his new manager after a positive debut.

“He is a very open guy,” Kramer said of Bello. “He is willing to work. He wants to learn. He is a good guy, a good character. He is fast and he has good technical skills, so all in all it is a good package. He can help us and we have to work with him so that he can improve and get into the team and the ideas we have as quickly as possible.”