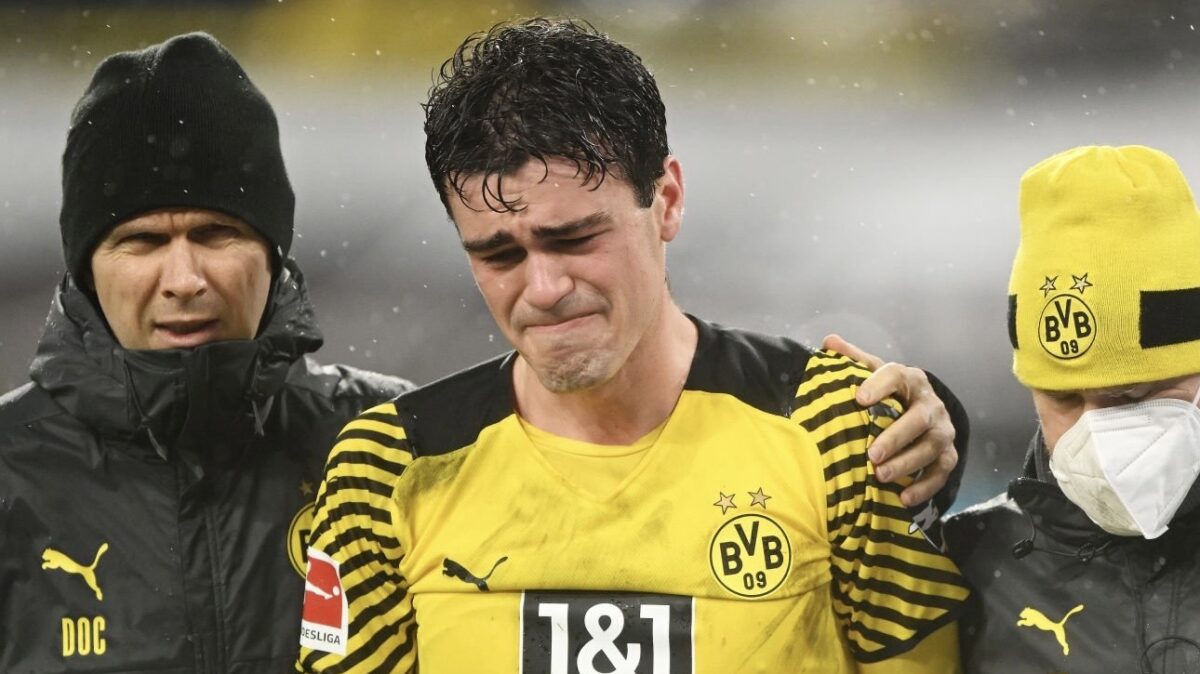 Gio Reyna’s day started with the excitement of the U.S. men’s national team attacker making his first start since September, but ended with the American worried about his immediate future on the field.

Reyna got the nod in Marco Rose’s starting lineup for Borussia Dortmund on Sunday, but only played 30 minutes in the 6-0 romp against rivals Borussia Moenchengladbach. Reyna left the match with an apparent leg injury, adding another obstacle for the 19-year-old to overcome this season.

Dortmund has since announced that Reyna’s thigh injury “isn’t serious”, but there is no timetable for his return.

Reyna looked to have suffered the injury after sliding in for a tackle in the 24th minute, and although he tried to run it off, eventually was replaced by Julian Brandt with Dortmund leading 1-0. The former NYCFC academy player was left in tears as he left the field, with another spell on the sidelines all but determined.

The USMNT player missed five months earlier this season due to a hamstring injury suffered in World Cup Qualifying. Reyna returned to action on Feb. 6 against Bayer Leverkusen before also playing 45 minutes against Rangers in Europa League Round of 16 play on Thursday.

Reyna’s lengthy injury spell has forced him to miss 27 matches in total across all competitions, in addition to three windows of World Cup Qualifying with the USMNT. Dortmund does not yet know the timeline that Reyna will be out, but Rose is expecting the worst after seeing the youngster in tears.

“Gio is really upset, you can see it in the pictures,” Rose said in postmatch comments. “He’s just back from injury and was really in good shape. I was, we were all happy that he was back. It was important for us to have him on the field with the quality he has.

“We’ll get the boy back and we’ll give him every support because we need him, because he’s an outstanding athlete, a great person,” Rose added.

Dortmund’s dominant win over Gladbach moved it six points back of leaders Bayern Munich and eight points clear of third place Bayer Leverkusen. The Black and Yellow next travels to Rangers in Europa League play on Thursday, looking to overturn a 4-2 aggregate scoreline to remain in the competition.