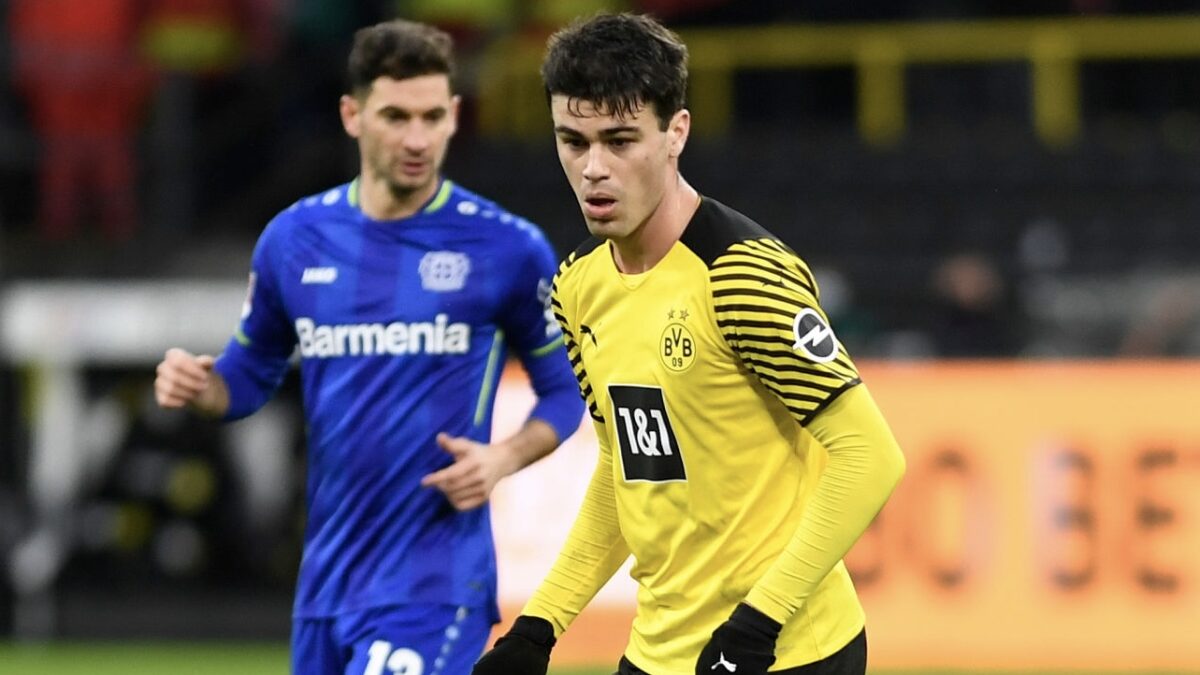 Gio Reyna had to wait 163 days to return to Bundesliga action but after a greuling and frustrating spell on the sidelines, the American attacker made his return for Borussia Dortmund.

Reyna made his first competitive appearance since August 27 on Sunday, playing the final 30 minutes of Dortmund’s 5-2 home loss to Bayer Leverkusen. It was Reyna’s first club appearance since scoring in a 3-2 win over Hoffenheim and his first overall since September 3.

The 19-year-old had been on the sidelines due to a hamstring injury suffered on international duty with the U.S. men’s national team. Reyna played 90 minutes for Gregg Berhalter’s side back in September, but had to wait until the start of the new year to see the field once again.

Reyna subbed on in the 60th minute at Signal Iduna Park, with Dortmund already down 4-1 on the afternoon. The young forward completed all 19 of his passing attempts and also registered one shot on goal and completed one tackle attempt.

Dortmund however would finish as second best on the day, missing out on the chance to move six points back of leaders Bayern Munich.

Reyna will be pushing to get himself into the USMNT picture as the Americans close out World Cup Qualifiying from March 24-30. Dortmund’s competitive schedule continues on Feb. 13 at Union Berlin before opening its two-legged Europa League tie against Rangers on Feb. 17.

Reyna has eight possible opportunities to feature for Dortmund over the next six weeks to get back to full match fitness and force himself back into the USMNT picture.