MLS 2022: Insigne, Shaqiri and the Newcomers to Watch 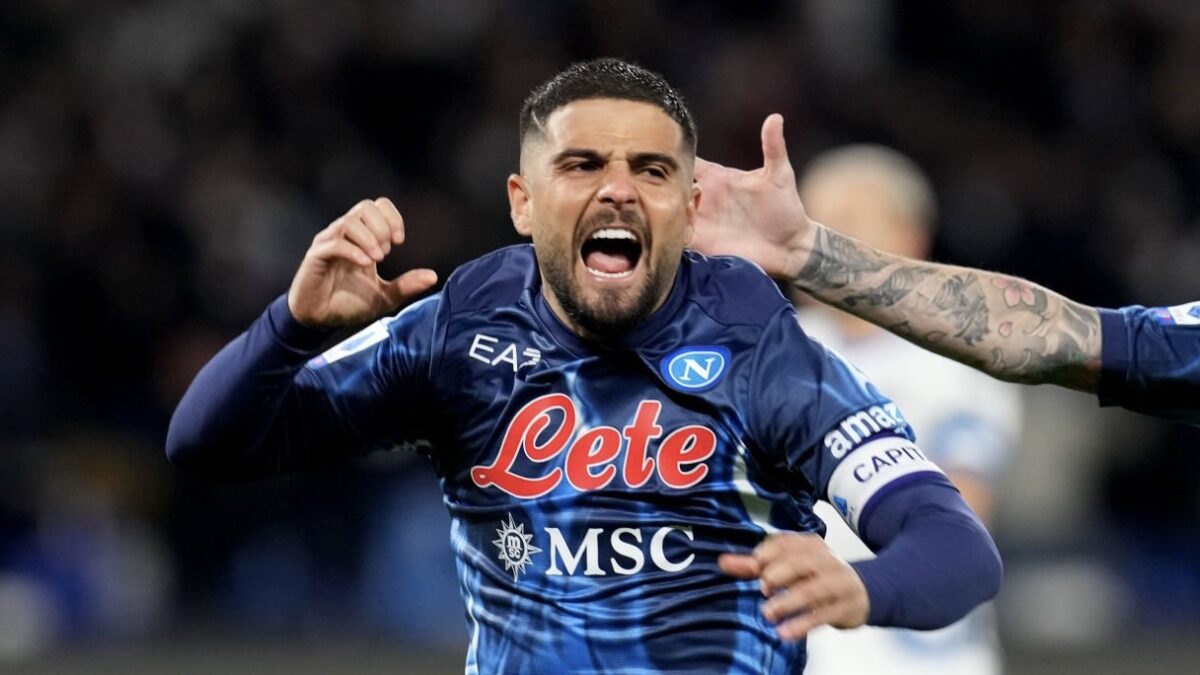 The lengthy list of European and South American talent embarking to MLS continued this offseason with plenty top players moving across the Atlantic Ocean this winter.

The Chicago Fire, L.A. Galaxy, and Toronto FC were among the teams to have busy winters on the international player market, adding talented players to the mix in hopes of improving their chances heading into the 2021 season. Other clubs made roster pick-ups from abroad including Atlanta United, Orlando City, and FC Dallas, all looking for the next major splash in the league.

Here is a closer look at some of the top newcomers to watch in the 2022 MLS season:

Bob Bradley may have seen several attacking pieces head out the door this offseason, but will have one of Europe’s top forwards joining Toronto FC’s ranks this summer.

Lorenzo Insigne will officially move to Toronto FC this summer after the expiration of his contract with Serie A side Napoli. Insigne, 30, will be a welcomed addition to TFC’s attack this summer, bringing over 100 goals and 90 assists during his time in Italy’s top flight.

Insigne’s versatility could see him play out wide or even paired with a second forward in Bradley’s attack.

The Chicago Fire have failed to make the MLS Cup Playoffs in each of the last four seasons, but Xherdan Shaqiri’s arrival to Soldier Field will make Ezra Hendrickson’s side much more competitive in 2022.

Shaqiri brings a new element to the Fire’s attack and will join Kacper Przybylko in the attacking front this season. The 30-year-old Swiss international has played for several of Europe’s biggest clubs including Liverpool, Bayern Munich, and Inter Milan and will be a welcomed presence on and off the field for the Fire.

Almada, 20, has played his entire career to date with Argentinian club Velez Sarsfield, scoring 24 goals and registering 11 assists in 100 appearances. The Argentina youth national team player will take the place of Ezequiel Barco in the final third and look to form a strong partnership with Josef Martinez.

The L.A. Galaxy needed a spark in their midfield heading into Greg Vanney’s second season in charge and Douglas Costa should provide just that.

Costa makes the move to MLS from his native Gremio in Brazilian’s Serie A and will be the latest European talent to try his luck with the Galaxy. The 31-year-old has won trophies in Germany, Italy, and Ukraine, and will now try to help the Galaxy not only get back to the playoffs, but bring home an MLS Cup this winter.

Orlando City will find it tough to replicate the impact of Daryl Dike, Nani, and Chris Mueller this season, but Facundo Torres is one young talent who will aim to fill that gap.

Torres, 21, joined the Lions from Uruguayan side Penarol this winter, after playing his entire career to date in his native country. Torres will bring versatility and creativity to the Lions attack after contributing 16 goals and 15 assists in 71 combined appearances.

He’s also earned 10 caps for the Uruguayan national team, showing just how much talent he has at his age.

Inter Miami made several defensive moves this offseason, but none bigger than DeAndre Yedlin signing from Turkish club Galatasaray.

The U.S. men’s national team veteran returns to MLS with hopes of not only helping Inter Miami become a threat in the Eastern Conference, but also get back to playing regularly. Yedlin had ups-and-downs with Galatasaray in his 18 months there and will bring needed experience to an Inter Miami backline that conceded the fifth-most goals in 2021.

FC Dallas has continued to give opportunities to young players and new signing Alan Velasco will be the latest to follow that trend.

The 19-year-old Velasco made the move to MLS from Independiente this winter, hoping to fill the void left by Ricardo Pepi. Velasco scored eight goals and added 10 assists in 69 combined appearances for the Argentina club, featuring mainly as a left winger.

With Velasco joining Jesus Ferreira and Paul Arriola in FC Dallas’ attack, the Western Conference club will fight for improvement this season.

The Chicago Fire will also have another new faces it their attack this season as Jairo Torres moved north from Liga MX side Guadalajara.

Torres, 21, has played his entire first team career with Guadalajara, scoring eight goals and nine assists in 110 appearances. Torres mainly has played as a right winger in Mexico, but can also feature in midfield if needed for the Fire.

With Shaqiri on one side and Torres on another, the Fire should definitely improve on their 36 goals from 2021.

Uhre, 27, is coming off of his best two seasons of his club career, scoring 21 goals in the 2020-21 campaign with Brondby. The veteran forward not only won the Golden Boot in Denmark’s Superliagen, but also helped Brondby qualify for the UEFA Europa League.

Uhre will be familiar with the Union’s style of play, which is similar to how Brondby played over the past few seasons.

Cordova joined from Bundesliga side Augsburg on loan for the 2022 season, giving the 24-year-old a new league and club to adjust to. The 6-feet-1 striker has scored nine goals in 93 combined appearances in Germany, but will feel this new opportunity could be the spark in his club career.

In terms of attacking output, the Dynamo were one of the worst teams in the league and entered the offseason in dire need of a striker up top.

If his success in Uruguay and Mexico is any indication, Ferreira has what it takes to be the talisman for the Dynamo.

It was a heavy investment from new owner Ted Segal to acquire Ferreira, but the club-record transfer fee of 4.5 million will be worth the payoff if Ferreira can establish himself as one of the top goal-scoring threats in the league.