MLS 2022: Rusnak, Acosta and the familiar faces in new places 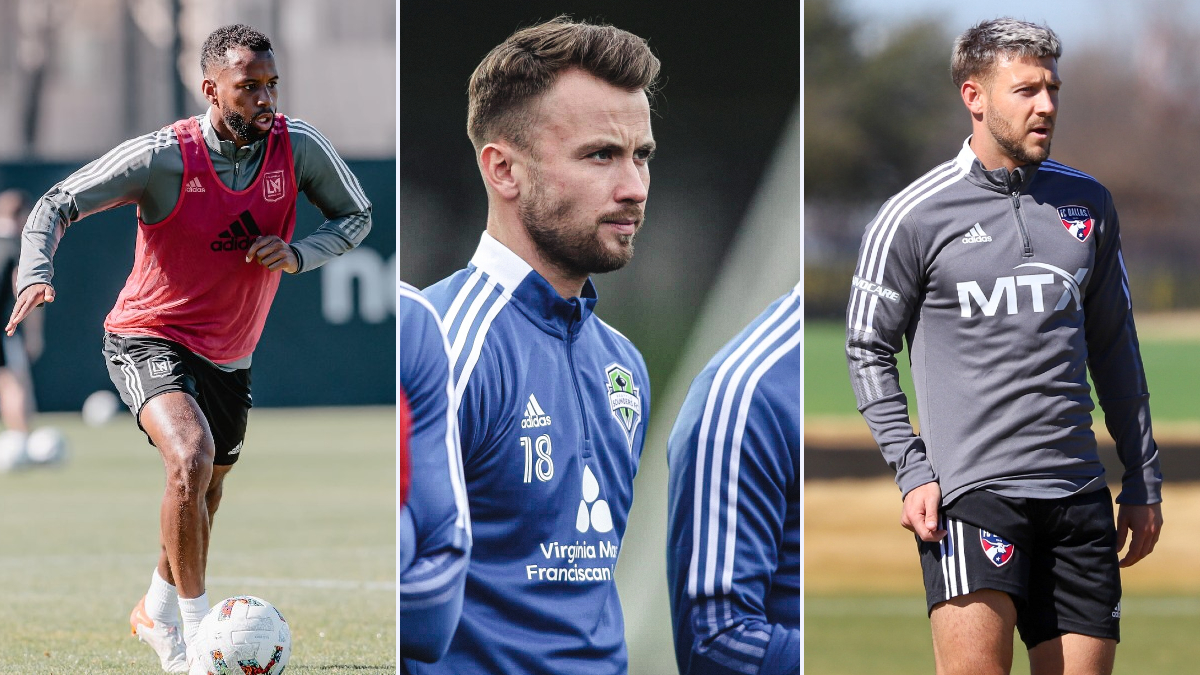 Trades and free-agent signings have made more waves this offseason than many others, and we head into the 2022 MLS season with several key players moving elsewhere in the league.

One of the biggest trades came early in the offseason, with Sebastian Lletget ending his seven-year LA Galaxy tenure to join the New England Revolution. Arena also brought in Jozy Altidore and Omar Gonzalez to add leadership and experience to all three lines.

The Seattle Sounders added a key piece to the midfield by signing Albert Rusnak as a free agent from Real Salt Lake. Rusnak enters his prime surrounded by a killer midfield that includes Joao Paulo and Nico Lodeiro. His ability to play centrally and on the left wing affords the Sounders plenty of lineup options.

Here is a look at the top familiar faces in MLS who have joined clubs elsewhere in the league.

Lletget is coming off an All-Star 2021 season in which he excelled for the Galaxy and earned the confidence of U.S. men’s national team coach Gregg Berhalter.

He’ll rejoin Bruce Arena with the Revolution and add yet another dimension to the team’s attack, alongside reigning assist leader and MVP Carles Gil. The Revolution led the league in goals scored in 2021, so the addition of Lletget should strike fear in any Eastern Conference opponent.

Acosta is another USMNT player whose stock skyrocketed in 2021. He will certainly be missed after running the Rapids’ midfield for the last four seasons.

A midfield of Acosta, Jose Cifuentes, Francisco Ginella and another new addition in Ilie Sanchez gives Cherundolo a lot of excellent passers. Acosta has a great opportunity to continue his excellent form with an LAFC team that is looking to rebuild after missing the playoffs.

DC United traded Paul Arriola to FC Dallas, then Dallas immediately extended his contract. Arriola’s arrival immediately raises the expectations for FC Dallas’ front line. The club also brought in 19-year-old Alan Velasco from Argentina as a club-record signing on the other wing. Jesus Ferreira looks to follow up an outstanding season in 2021, too.

Can that trio replace the production of Ricardo Pepi and take FC Dallas to a new level after last year’s poor showing? Arriola’s performance is crucial in answering that question.

Rusnak is perhaps the biggest free-agent signing of the offseason. He scored 11 goals and had 11 assists in 2021, helping Real Salt Lake sneak into the playoffs with an excellent run of form late in the regular season.

Seattle’s midfield is a force to be reckoned with now that Rusnak has joined. Nico Lodeiro and Jordan Morris are healthy and Joao Paulo is coming off an excellent 2021. Rusnak makes the Sounders’ midfield arguably the best in the league, and it’s playing behind a striker in Raul Ruidiaz who scored 16 goals last year.

Przybylko excelled in three years with the Philadelphia Union, but the Union decided to go a different direction after Krzybylko didn’t quite meet expectations when it counted in the playoffs. Krzybylko joins an exciting Chicago Fire roster seeking to revamp his career. The Fire showed its desire to get out of the Eastern Conference basement by spending $1.15 million to get Krzybylko.

Krzybylko will play alongside Xherdan Shaqiri under new coach Ezra Hendrickson. That’s a marked improvement from what the Fire had last season. All of a sudden, playmaker Alvaro Medran has a lot more threats to which he can distribute the ball.

LAFC has not truly had a goalkeeper it could count on in a long time, if ever. Crepeau gives the team a solid shot-stopper and leader for the back line. Crepeau’s 97 saves in 2021 were good enough for ninth in MLS. He led the Whitecaps back line for three seasons, missing most of 2020 with an fractured thumb.

Crepeau will have a few newcomers to work with in 2022. Centerbacks Doneil Henry and Sebastien Ibeagha are new to LAFC, joining from South Korean club Samsung Bluewings and NYCFC, respectively.

Davis came up through the Red Bulls’ academy and headed up the club’s midfield ever since his first MLS season in 2014. His free-agent move to Nashville SC is a huge get for Nashville that positions the team to contend again in the Eastern Conference.

Davis offers reliability in Nashville’s midfield, having played all 34 games last season. His adjustment to a new club for the first time in his professional career will be key for the 29-year-old.

The Red Bulls were young last season and performed a little ahead of expectations. The arrival of Morgan to the left wing for $1.2 million shows the Red Bulls are ready to take another step toward contention in the Eastern Conference.

Morgan has a lot to prove, however. He only scored two goals and had two assists in 24 games playing for Inter Miami last season. A threat from the left wing to go along with Patryk Klimala could take the Red Bulls’ attack to a new level.

This is another reunion, with Delgado joining former Toronto FC coach Greg Vanney. Delgado had been a consistent starter for TFC since 2015, and he will be an integral part in improving the Galaxy’s midfield in 2022. For all the scoring Chicharito managed last year, the Galaxy were let down by a midfield and back line that allowed too many counter attacks and often failed to control a match.

Johnston takes to his home country coming off a positive season for Nashville SC. CF Montreal narrowly missed the playoffs last year, but the back line wasn’t the issue. Johnston’s addition at right back should help the club keep a stable defense and hopefully can add another factor to the attack.

Hollingshead’s departure from FC Dallas after eight years came as a surprise. He’ll add another veteran presence to LAFC’s locker room, which seems to be a theme with Cherundolo’s addition this offseason. LAFC struggled at fullback positions in 2021, so Hollingshead’s arrival is a welcome one.

The Quakes gave up 54 goals in 2021, tied for second-highest in the Western Conference. Monteiro could be a good answer in defensive midfield, depending on how well he adjusts to Matias Almeyda’s quirky defensive tactics. Monteiro played more than 2,300 minutes last year for the Union. If he can bring the same work rate to San Jose, the Quakes may be able to improve.

The Whitecaps surged into the playoffs toward the end of the regular season in 2021, but a more steady lineup would help the team raise the standard in 2021. The ‘Caps traded for Blackmon after he was taken in the Expansion Draft by Charlotte FC, adding a versatile defender. Blackmon has to hold up his end of the deal, too, having struggled at times in a starting role with LAFC.

Other Familiar Faces in New Places