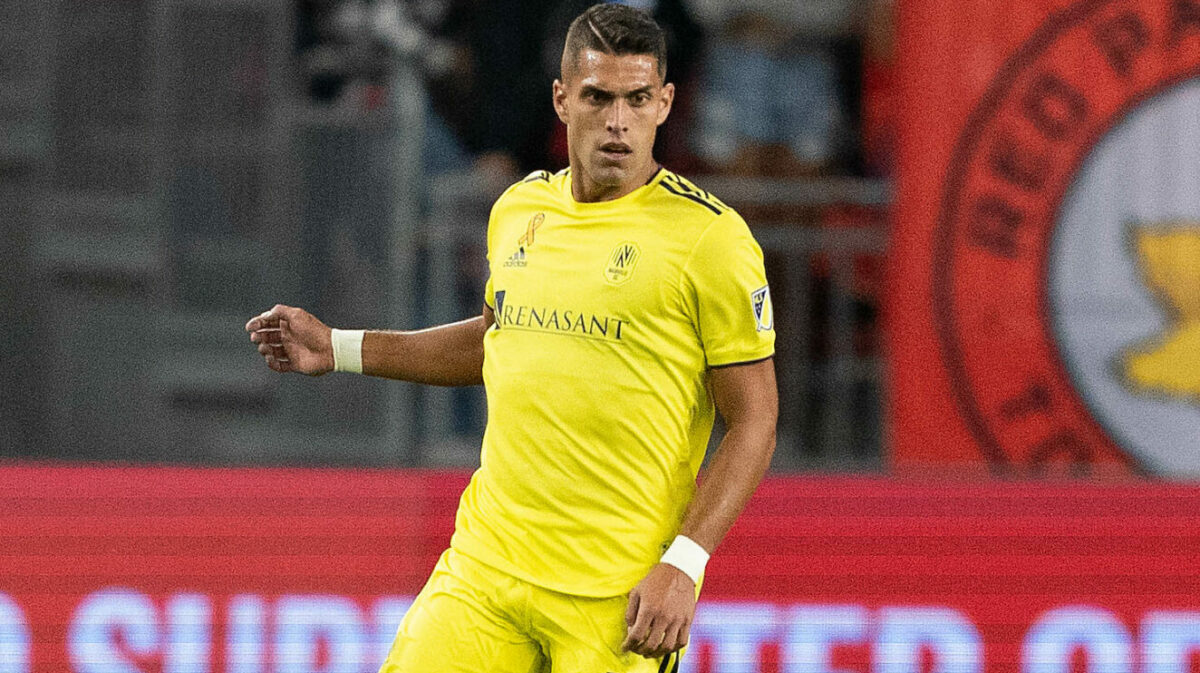 Charlotte FC added attacking help in the form of Daniel Rios ahead of its season-opening match in MLS.

Rios joined the club in a trade with Nashville SC on Friday, giving Miguel Angel Ramirez another promising forward option. In exchange, Nashville SC will receive $350,000 in General Allocation Money in 2022 and could receive an additional $150,000 in 2023 GAM in certain incentives are met.

Nashville SC will also receive 10% of any future transfer fee outside of MLS.

“Daniel is a legacy at our club as our first player signed and will be remembered fondly for that,” Nashville general manager Mike Jacobs said in a release. “He is a part of the club’s history, and we wish him and his family the very best in this new opportunity in Charlotte.”

Charlotte FC opens its 2022 schedule on Saturday at D.C. United.

Here is a closer look at the recent MLS news:

The New York Red Bulls will be on the hunt for a new Head of Sport.

Kevin Thelwell has left the Eastern Conference club on Friday, making the move to English Premier League side Everton as the Toffees’ director of football. Thelwell originally joined the Red Bulls in February 2020 after being the sporting director at EPL side Wolverhampton Wanderers FC.

“On behalf of the organization, we would like to thank Kevin for his contributions and efforts to the club over the last two years,” RBNY general manager Marc de Grandpré said in a release. “We wish Kevin all the best, both personally and professionally, in his new endeavor.”

Under Thelwell’s tenure, manager Gerhard Struber was hired in October 2020 after leading English Championship side Barnsley. The Red Bulls were eliminated in the 2021 MLS Cup Playoffs in the first round by the Philadelphia Union.

“My family and I have loved every minute of working in the U.S. and in particular for the New York Red Bulls,” Thelwell said in a release. “It has been an incredible period that I will cherish and feel that I am a much better head of sport for the experience. I feel I leave the shirt in a much stronger place than when I joined.”

The Red Bulls kick off their 2022 season at San Jose on Saturday.

FC Cincinnati added midfield help on Friday as Junior Moreno was acquired by the Eastern Conference club ahead of its 2022 season opener.

Moreno was added in a trade with D.C. United, after previously being linked with an exit from Audi Field. D.C. United will receive $250,000 in 2022 GAM, plus an additional $175,000 in GAM if certain performance-based incentives are met.

The 28-year-old Venezuelan international has signed with Cincinnati for the 2022 MLS season with an option for 2023. Moreno played for D.C. United over the past four seasons, registering one goal, nine assists, and 97 appearances.

“I’d like to welcome Júnior Moreno to FC Cincinnati,” Orange & Blue general manager Chris Albright said in a release. “His experience, both in MLS and internationally, will be a valuable addition to our group.”

Jurgen Damm is no longer an Atlanta United player.

The Five Stripes exercised their one offseason buyout of a guaranteed contract on Damm on Friday. The 29-year-old no longer occupies a spot on Atlanta United’s roster or counts against their 2022 salary budget.

The winger has earned 12 caps for the Mexican national team.

Atlanta United opens its 2022 schedule on Sunday at home against Sporting Kansas City.