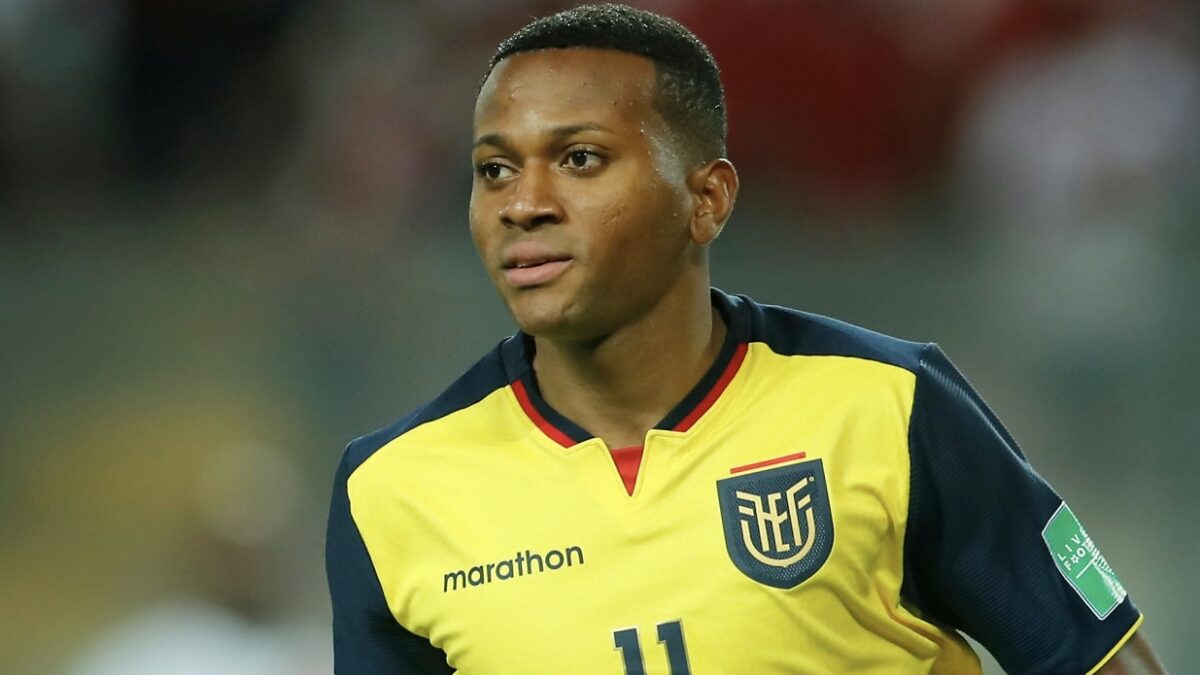 D.C. United continued to bolster its attacking options for 2022 with the loan signing of Ecuadorian forward Michael Estrada.

Estrada makes the move to Audi Field on a season-long loan from Liga MX side Deportivo Toluca. D.C. United will also have the option to purchase Estrada outright at the conclusion of his loan spell.

“Bolstering our attack has been a priority for us in the offseason and we’ve been closely monitoring the possibility of bringing Michael to the club,” said D.C. United president of soccer operations Dave Kasper. “He is a dangerous #9 who we believe will be a great addition to our attacking unit, and we’re excited to get him on loan for the 2022 season.”

Estrada joined Toluca from Independiente del Valle in January 2020 and has since registered 17 goals and recorded six assists in 66 appearances in Mexico. Internationally, Estrada has totaled 28 caps with the Ecuadoran national team, scoring eight goals and adding five assists in all competitions.

D.C. United transferred out both Paul Arriola and Kevin Paredes this offseason.

New York City added a new Designated Player on Monday as the defending MLS Cup Champions prepare for the 2022 season.

Brazilian defender Thiago Martins has joined the club from Japanese side Yokohama F. Marinos, signing a four-year MLS contract. Martins’ deal also includes a club option for 2026 and the defender has joined preseason camp ahead of the start of the 2022 Concacaf Champions League.

“I am very excited to be here,” Martins said in a club interview. “It’s a great pleasure to be part of this big Club. I will do my best to settle in quickly and get to know my new teammates now that I have joined the team in pre-season.

Martins, 26, began his career for Palmeiras, where he made 50 appearances from 2013-16. Martins was loaned to Yokohama in 2018 and went on to help the club win the 2019 league championship, while earning a spot on the league’s Team of the Year.

He made his move permanent in 2020 and featured in the AFC Champions League this past season. Martins logged 32 appearances for Yokohama in 2020, registering over 2,880 minutes of action.

NYCFC opens play in the CCL on February 15 against Santos de Guapiles.

Josecarlos Van Rankin is remaining in Portland for his second MLS campaign.

Van Rankin re-joined the Timbers on loan for the first half of the 2022 MLS season from Mexican club Chivas de Guadalajara, the clubs announced. His loan also includes an option to extend through the entire season.

“We are delighted to welcome Josecarlos back to the club. He was a very good addition to our backline last season, and a phenomenal addition to the locker room,” said Timbers GM and president of soccer Gavin Wilkinson. “We’re thankful we were able to collaborate with Chivas to make this happen and look forward to working with a talented player and great person like Josecarlos.”

The 28-year-old is back with the Timbers after spending the 2021 season in Portland. Van Rankin logged 33 appearances in the regular season, registering three assists.

Van Rankin has played the majority of his career in Mexico, featuring previously for Pumas, Santos Laguna, and Guadalajara. He’s also earned one cap for the Mexican national team.

Toronto FC added a new face to its attacking corps on Monday with Jozy Altidore and Yeferson Soteldo both on the way out.

Spanish forward Jesus Jimenez joined the club, signing a three-year contract through 2024 with an option for 2025. A native of Leganes, Spain, Jimenez spent the last four seasons in Poland’s top flight with Gornik Zabrze.

“Jesús is a skillful attacker who has a combination of excellent movement and dribbling,” said TFC Head Coach and Sporting Director Bob Bradley. “He scores goals and creates chances for teammates. We are looking forward to having him join our team in training camp as we prepare for the season.”

Jimenez totaled 134 appearances and scored 43 goals in all competitions for Gornik Zabrze, featuring in the Ekstraklasa, Polish Cup and UEFA Europa League. Prior to his move to Poland, Jimenez also played for CF Talavera, Leganes, and Agrupación Deportiva Unión Adarve in Spain.

TFC missed the postseason in 2021 after struggling under coaches Chris Armas and Javier Lopez.

Austin FC added veteran depth to its roster with Felipe Martins joining the club on a one-year deal. ‘

The 31-year-old midfielder has played 10 seasons in MLS to date, featuring for CF Montreal, the New York Red Bulls, Vancouver Whitecaps, and D.C. United. Felipe has totaled 283 appearances in the league, scoring 25 goals and adding 54 assists.

“I want to thank everyone at Austin FC, especially Claudio, Josh and the rest of the technical staff — some of whom I’ve had the great pleasure to play with over the years,” said Felipe. “Austin have a clear objective which is bring an MLS Cup to this city that lives and breathes soccer. But to get there we need to show up everyday and prove ourselves.