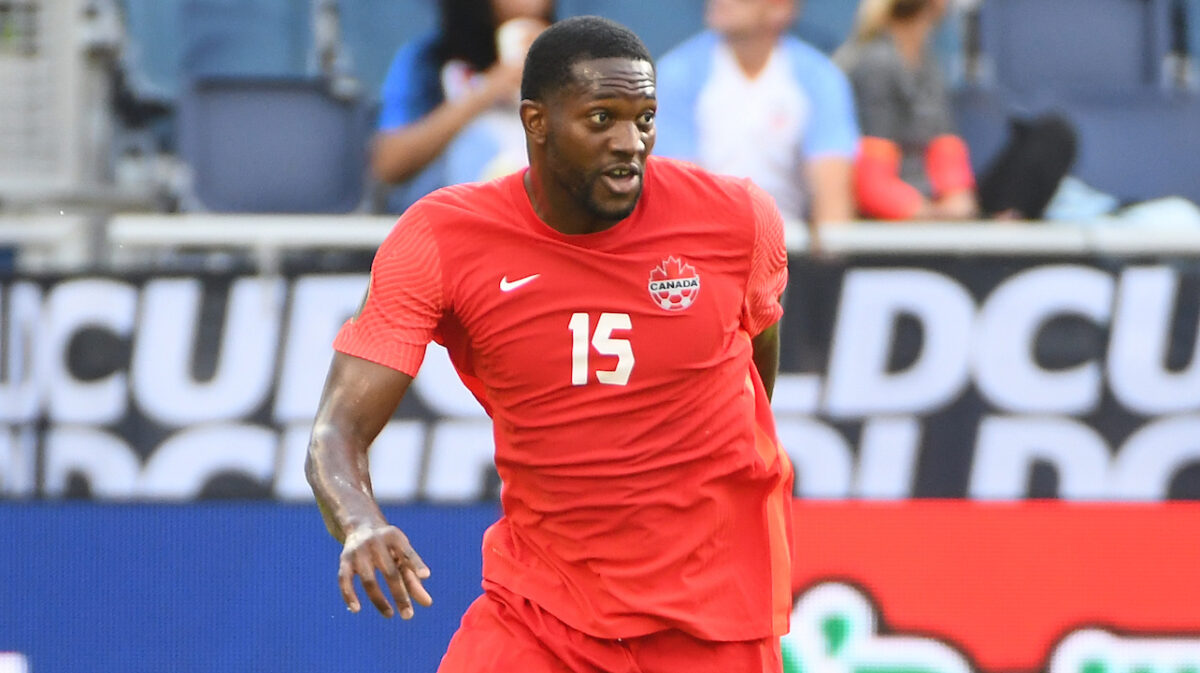 Henry signed as a free agent on Friday after spending the last two seasons with Suwon Bluewings in the Korean K-League. The 28-year-old will occupy an international roster slot on LAFC’s roster this season.

He made 41 appearances and scored three goals for Suwon Bluewings after arriving in South Korea. Henry spent the 2018 and 2019 seasons with the Vanouver Whitecaps and has also played in England and Denmark during his career.

“Doneil is a veteran and athletic defender who brings incredible international and MLS experience to our Club,” LAFC Co-President & General Manager John Thorrington said. “During his time in Europe and with the Canadian National team he has shown that he will add a strong presence to our backline.”

Internationally, Henry has earned 42 caps for the Canadian national team, most recently featuring in World Cup Qualifying on Feb. 2.

Here is a closer look at all of Friday’s MLS News:

Kei Kamara is back in MLS after signing with CF Montreal on Friday.

The Canadian club signed Kamara to a one-year contract through the 2022 season, which includes an option for 2023. Kamara, 37, brings needed help to Montreal’s attacking front, joining Honduran international Romell Quioto as the top options going forward.

“In the absence of several players with an attacking profile due to injury or illness, in particular that of the young striker Ivy Brisma who had had a good training camp, we had to act and strengthen the squad,” said CF Montreal sporting director Olivier Renard. “Kei is a player with a lot of experience in MLS whose offensive skills will help us both on the field and with our young group of players. We welcome him with us.”

A veteran of 15 seasons in MLS, Kamara has played in a total of 359 regular season games, scoring 130 goals in addition to collecting 47 assists. The Sierra Leone international is the fifth top scorer in MLS history and is one of 10 players in the league to have scored more than 100 goals.

Kamara recently took part in the 2022 Africa Cup of Nations, featuring for Sierra Leone in all three of its group stage matches.

The Portland Timbers will be without one of their leading forward options for the early stages of the 2022 season.

Felipe Mora has been ruled out for six weeks for the Timbers after undergoing arthroscopic knee surgery on Friday. He is expected to return in early April, but miss the first month of the regular season.

The 28-year-old is entering his third season with the Timbers, having spent 2020 on loan from Liga MX’s Pumas. Mora, a Chilean international, has recorded 18 goals and seven assists across 48 regular season matches.

Jaroslaw Niezgoda is the lone striker on the Timbers roster heading into next weekend’s season opener.

Kappelhof signed a one-year deal with RSL, which also includes an option for 2023. The former Ajax academy product recently played for the Chicago Fire for the past six seasons.

“We’re excited to welcome Johan to Real Salt Lake,” RSL Technical Director Kurt Schmid said. “Johan’s experience in Major League Soccer speaks for itself and adds value to our roster. His veteran presence and understanding of what it takes to compete in this league will only enhance the competition within our roster, specifically our back line.”

Kappelhof, 31, logged 147 appearances in his six years with the Fire, primarily playing at the center back position. He registered 10 assists in his time in Chicago and was an MLS All-Star in 2017.

Prior to his move to MLS, Kappelhof made over 100 appearances for FC Groningen in the Netherlands.