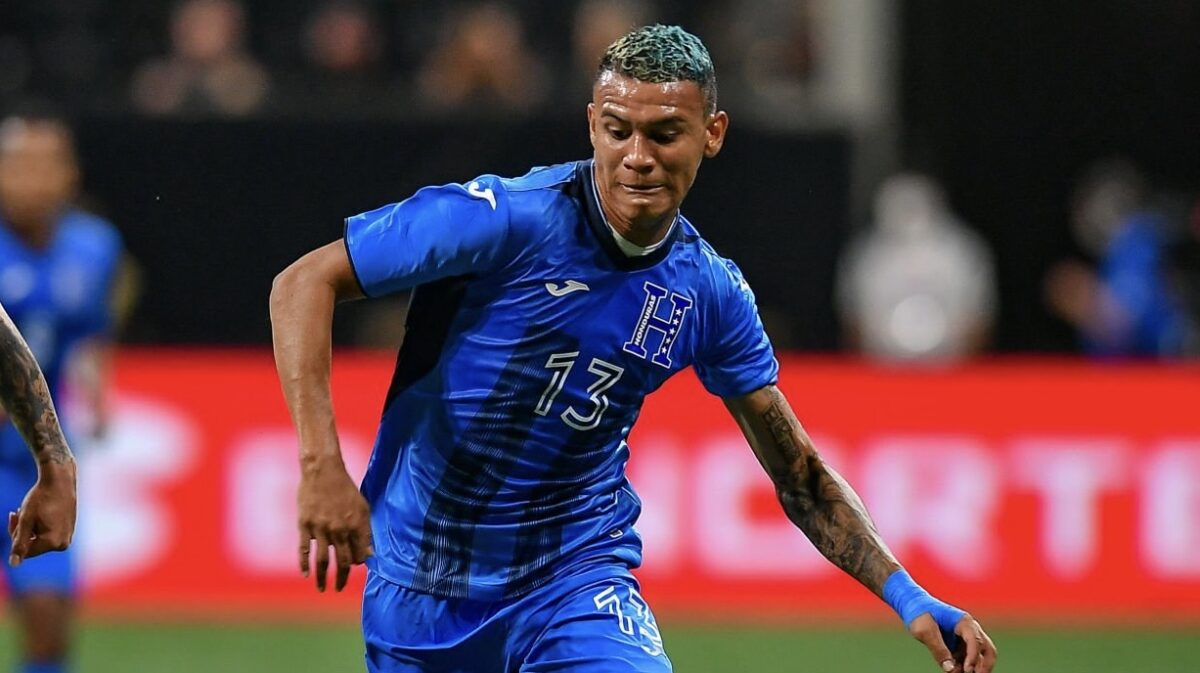 Honduran defensive midfielder Kervin Arriaga joined the Loons from C.D. Marathón through the 2023 MLS season. The Loons landed Arriaga after acquiring his discovery rights from Austin FC for $50,000 in General Allocation Money in 2022 and $50,000 GAM in 2023.

“We’ve been following Kervin for maybe over a year and we’re really excited to get him here,” Minnesota head coach Adrian Heath said. “We think he’s got a lot of upside. Another really good piece for us to add to our midfield group and gives us that extra depth as well. Arriaga is another piece that will be contending within a deep squad for first-team starting spots. We think there’s a lot more to come from him.”

He joins Wil Trapp in the defensive midfield ranks, a need for the Loons after Ozzie Alonso’s move to Atlanta United.

Luquinhas, a Brazilian native, moves to MLS from Legia Warszawa, signing a three-year contract with the Red Bulls. He will also occupy an international spot on the Red Bulls roster.

“We are delighted to add Luquinhas to our senior roster,”said Head of Sport Kevin Thelwell. “We made it a priority to add a dynamic offensive player this offseason and he fits the bill. His extensive experience, especially at the Champions League level, will be beneficial to our young roster.”

The 25-year-old has totaled 14 goals and 24 assists over 149 matches for Legia Warsawa in the past two-and-a-half seasons. He led Legia Warszawa to back-to-back Ekstraklasa league titles and was named 2020-21 Ekstraklasa Midfielder of the Season. Luquinhas has also appeared in UEFA Champions League qualifying.

He will join Caden Clark, Frankie Amaya, and Omir Fernandez in the Red Bulls midfield corps this season.

Tom Edwards is back with the New York Red Bulls for the 2022 MLS season after the Eastern Conference club re-acquired him on loan Thursday.

Edwards will occupy an international spot on the Red Bulls roster and rejoins the club after spending 2021 on loan from English club Stoke City. The 23-year-old made 27 appearances for the Red Bulls last season, registering two assists, and logging over 1,900 minutes of action.

“I am pleased to have Tom back with the squad,” said Head Coach Gerhard Struber. “Not only does he have top quality on the field but he is great to have in our lockerroom. Tom’s warrior mentality will be helpful for us this year.”

Edwards can play a number of different roles after featuring as a right back, centerback, and defensive midfielder.

Lynn’s contract also includes three option years through 2025. The 22-year-old was selected No. 18 overall by the Lions after playing four years at the University of Notre Dame.

Lynn recorded 31 goals and eight assists across 79 appearances at Notre Dame, helping the Fighting Irish win the ACC Championship this past season. A three-time All-ACC selection, Lynn earned a First Team nod in each of his junior and senior seasons.

“We’re thrilled to get Jack signed before the start of the season and are confident that he’s a great fit for the group,” EVP of soccer operations and general manager Luiz Muzzi said in a release. “We were excited to get him where we did in the draft and have loved the effort and dedication that we’ve seen from him this preseason, as well as how he’s fit into the group already.”

The Lions were eliminated in the first round of the MLS Cup Playoffs in 2021 and will head into the new season with Daryl Dike, Nani, and Chris Mueller all gone.

The Portland Timbers joined Orlando City in signing their first round draft pick on Thursday, agreeing to a one-year deal with defender Justin Rasmussen.

Rasmussen, the No. 27 overall pick in the 2022 MLS Draft, is under contract through this season. His contract also includes three option years that carry through the 2025 season, should the Timbers extend his stay.

Rasmussen, 23, joined the Timbers at the beginning of the 2022 preseason in Portland and scored his first goal for Portland on Feb. 16 against Viking FK in the preseason tournament at Providence Park. The Nevada native played five seasons at Grand Canyon University, registering 16 goals and 10 assists in 55 appearances.

As a senior, Rasmussen became the first NCAA All-American in program history after scoring five goals in 10 appearances, landing himself on the United Soccer Coaches All-Far West Region First Team. He was also on the Mac Hermann Watch List before the season began.