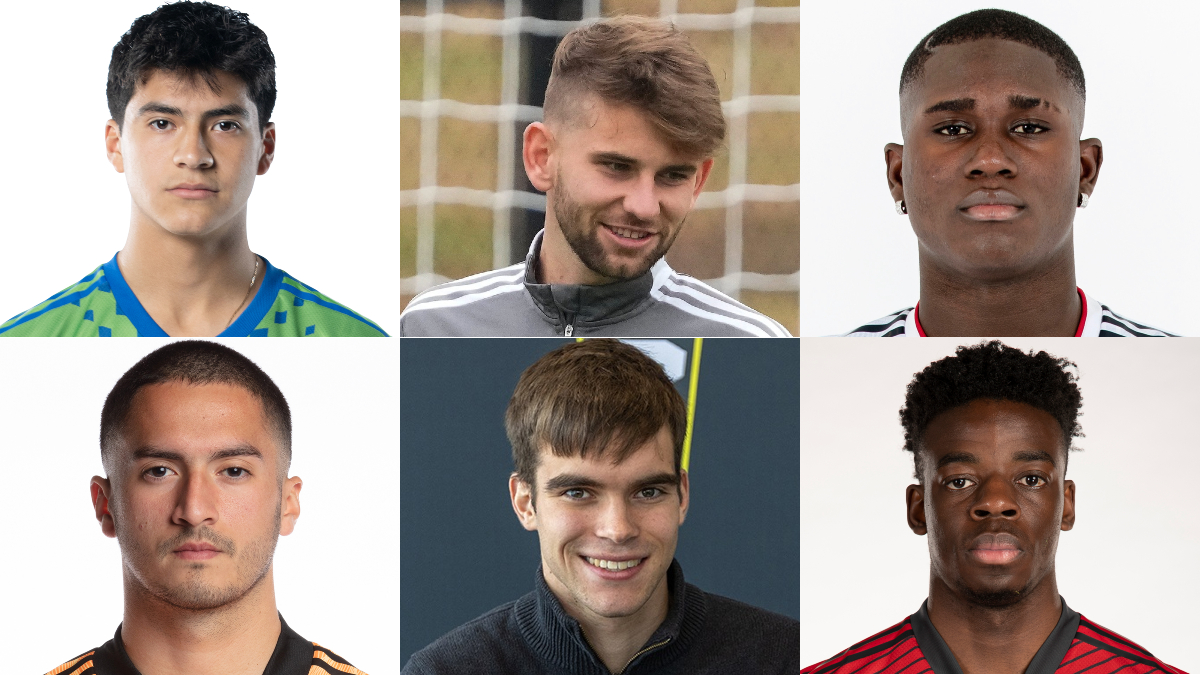 Recent MLS seasons have seen the rise of a burgeoning youth development trend in the league. Clubs have made full use of the salary cap exemption for Homegrown contracts, and it has already paid dividends for many teams on the transfer market.

The sales of Ricardo Pepi, to Augsburg from FC Dallas, and Brenden Aaronson, from the Union to Red Bull Salzburg in 2020 headline the growing trend in increased interest in MLS academy products as transfer targets, and more and more teams are giving their academy products playing time with their first teams.

The upcoming season should feature the emergence of some new youngsters to not only impress in league play, but push their names onto the radars of teams from around the world searching for the next Alphonso Davies or Chris Richards.

So who is next to make the breakthrough from Homegrown Player to MLS first-team standout? Here are some candidates to keep an eye on in 2022:

DeAndre Kerr could be next in a growing surge of young talent for Canada’s national team setup. Kerr, 19, signed with Toronto FC after playing two years of college soccer at Syracuse. Now, TFC has another up-and-coming attacker to pair with Ayo Akinola.

Kerr started all three group-stage matches with the Canada squad at the U-17 World Cup in Brazil in 2019. He finished his time at Syracuse strong, with nine goals and three assists in 12 games his sophomore year.

The 16-year-old Alaskan-born midfielder became the youngest American to ever start a Concacaf Champions League match, and impressed in that record-setting start. Vargas showed real poise, though that didn’t come as much of a surprise to those who watched him grow in 2021 while playing with the Tacoma Defiance.

Opportunities could be tough to come by in a central midfield as stacked as Seattle’s, but Vargas has the early look of a player who could shine if called on to fill a role, even at the age of 16.

Will Sands is the twin brother of another high-profile youngster to come out of New York City FC’s academy, James Sands. James is now playing for Rangers in Scotland, on loan from the MLS Cup champions.

Will recently joined the MLS ranks out of Georgetown. He came up through NYCFC’s academy, but the club traded him to the Crew for $50,000 in GAM. Will, a right winger, was a third-team All-Big East selection in the previous season at Georgetown.

Real Salt Lake broke Freddy Adu’s record set in 2004 with the signing of Axel Kei, who is now the youngest player in MLS history. Kei, 14 years and 15 days old when he signed a two-year contract, is an exciting forward prospect.

Kei made the jump to MLS after impressing with RSL’s U-15 side as the team won the MLS Next Cup Championship, in which Kei scored five goals in five games. He made national headlines last season when he took the field for Real Monarchs at 13 years, eight months and nine days old and became the youngest professional athlete to appear in American team sports history.

Edelman has featured with the U.S. youth national teams a total of six times, with the U-16 and U-20 teams. He made two appearances with the U-20 squad in the 2021 Revelations Cup.

Anton Sorenson, an attack-minded fullback, recently signed a Homegrown deal with the Union on his 19th birthday. Though he was born in Haiti, Sorenson has turned out for U.S. youth national teams, earning caps with the U-16s in 2018 at the Torneo Delle Nazioni in Italy.

Sorenson made 12 appearances, with 11 of them starts, with the Union’s USL Championship affiliate.

Justin Garces is only 21 years old, but he joins Atlanta United as a Homegrown player with four years of starting experience at UCLA under his belt. He played in the Atlanta United academy before college and joined the U-17 U.S. national team for the 2017 U-17 World Cup.

Garces is sure to learn from his veteran teammates, Brad Guzan and Bobby Shuttleworth. Garces could be an excellent candidate as Atlanta United’s new No. 1 before long.

The expansion side signed Hegardt after acquiring his Homegrown rights from the Seattle Sounders. Hegardt played four years in the Sounders academy, but most recently impressed at Georgetown, where he had three goals and six assists in 31 appearances last season.

Hegardt made 17 appearances in the USL Championship with the Tacoma Defiance. He is originally from San Diego and previously spent some time in the LA Galaxy’s academy.