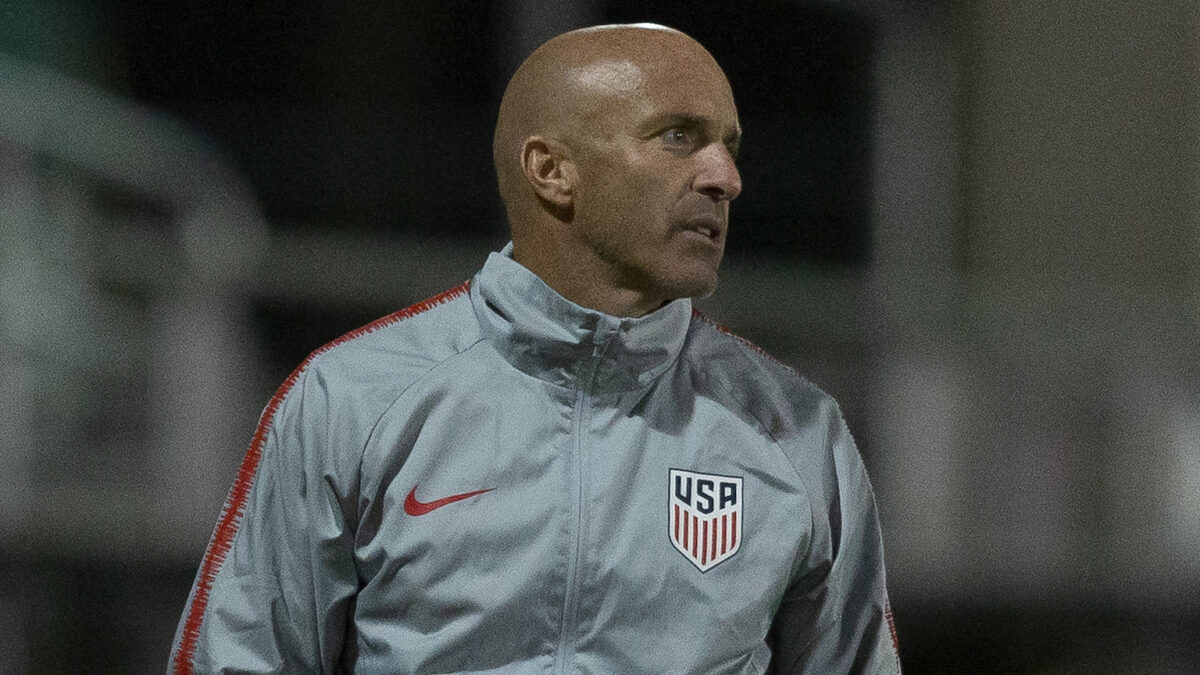 U.S. Under-20 men’s national team head coach Mikey Varas has his staff for the start of the upcoming 2022-23 World Cup cycle.

USMNT U-17 head coach Gonzalo Segares, former USMNT U-16 head coach Shaun Tsakiris, and Houston Dynamo Director of Goalkeeper Jason Grubb have all joined Varas’ staff, U.S. Soccer announced Friday. All four led the USMNT U-20 training camp in Bradenton, Florida earlier this year and will continue to prepare for team for this summer’s Concacaf U-20 Championship.

“We’ve assembled an exceptionally motivated and driven staff to help our U-20 players take the next step in their careers,” Varas said. “I’m excited to work with the same group of assistants from camp to camp, maintaining a consistent high standard and positive culture. This staff brings a ton of diverse experience and is ready to lead this talented group through the challenges of World Cup qualifying and beyond.”

Segares was appointed as USMNT U-17 head coach in October 2021 after previously being head coach of the Under-15 team. He played for the Chicago Fire from 2005-09 and 2010-14 and also had a one-year spell with Cypriot side Apollon Limassol.

He helped lead the Fire Academy’s U-18 squad to the 2015 U.S. Soccer Development Academy Championship as an assistant coach before spending four seasons with Chicago-area FC United as assistant academy director and head coach for the U-14 and U-16/17 squads. He holds a U.S. Soccer Pro Coaching License.

Tsakiris was in charge of the USMNT U-16’s from 2016-18 and also led training camps for the U-17’s. He currently serves as Technical Director for Los Gatos United in Northern California. He holds a U.S. Soccer “A” Coaching License as well as a Director of Coaching License.

As a player, Tsakiris was drafted by the New England Revolution in the 2001 MLS SuperDraft after four years at UCLA. He made 42 appearances for the Rochester Rhinos in the USL A-League from 2002-05.

Grubb has worked with the Dynamo since August 2016 and will serve as goalkeeper coach with Houston Dynamo 2 in the MLS Next Pro league this season. He will also continue his role as head of goalkeeping in Houston’s Academy. In addition to joining the U-20’s for their first two camps of the 2022-23 cycle, Grubb has also worked with the U-20 and U-18 Women’s youth national teams. He holds a U.S. Soccer “A” Coaching License and a UEFA “B” Goalkeeping License.

The USMNT U-20 player pool features several top rising talents including Caden Clark, Cade Cowell, Paxten Aaronson, and Gabriel Slonina. The Concacaf U-20 Championship will not only determine the four representatives at the 2023 FIFA U-20 World Cup in Indonesia, but will also guarantee the two tournament finalists a berth at the 2024 Summer Olympics in Paris, France.