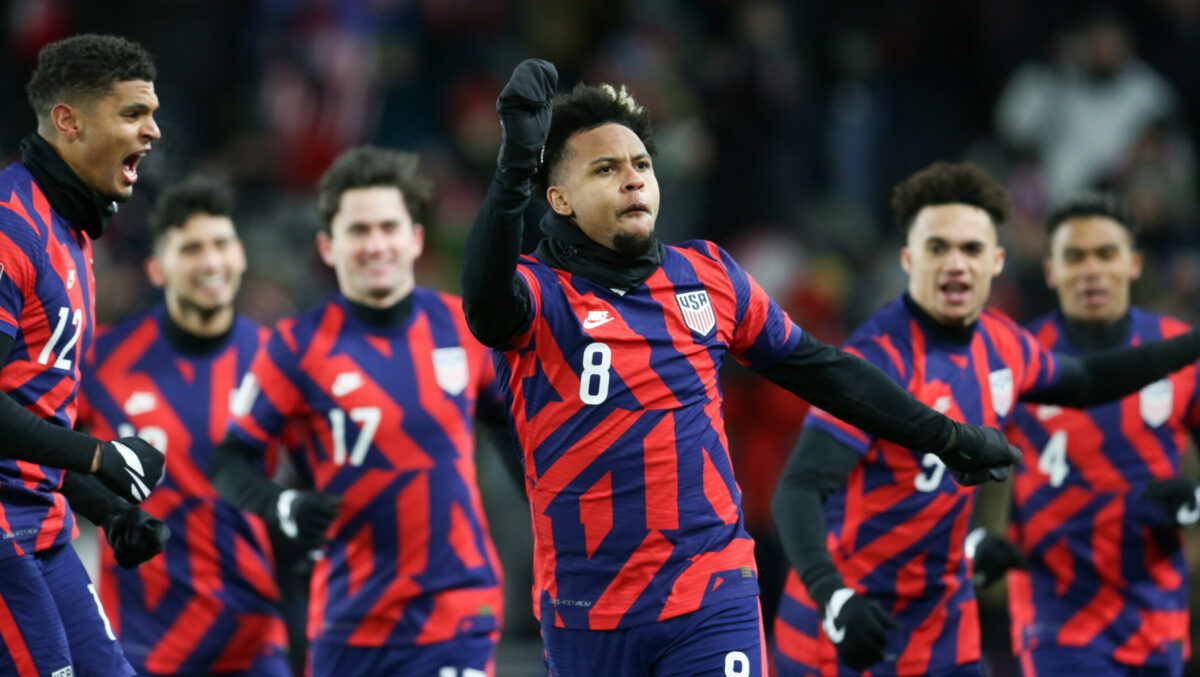 ST. PAUL, Minnesota — The U.S. men’s national team hadn’t had much success with scoring first-half goals or scoring on set pieces in the Concacaf Octagonal heading into Wednesday’s crucial World Cup qualifier against Honduras, but that changed on a brutally cold night at Allianz Field.

Weston McKennie and Walker Zimmerman scored off a pair of Kellyn Acosta set pieces, and Christian Pulisic came off the bench to add an insurance tally off an Acosta corner, to help give the Americans a 3-0 victory.

The win gives the Americans six points from this international window, and keeps them in second place in the Octagonal standings, behind first-place Canada. The three points draws them closer to securing World Cup berth heading into the final three matches in March, against Mexico, Panama and Costa Rica.

Weston McKennie set the tone with the earliest USMNT goal scored in the Octagonal, heading home an Acosta set piece in the 8th minute.

The Americans found their second goal in the 37th minute when another Acosta set piece floated into the penalty area and fell to Zimmerman, who shed his marker and quickly slotted him the finish.

The brutally-cold conditions took a toll on Honduras, which made three halftime substitutions and later revealed that two of their substitutions were caused by players struggling to cope with the cold.

The Americans continued to control the match in the second half, and never looked threatened. Pulisic came on in the 65th minute and needed less than two minutes to find his first goal of the window, tapping home an Acosta corner kick redirected into his path by Zimmerman for a simple finish from close range.

The Americans return to World Cup qualifying action in March, with a trip to Estadio Azteca to face Mexico, then host Panama in Orlando before wrapping up the Octagonal with a trip to Costa Rica.