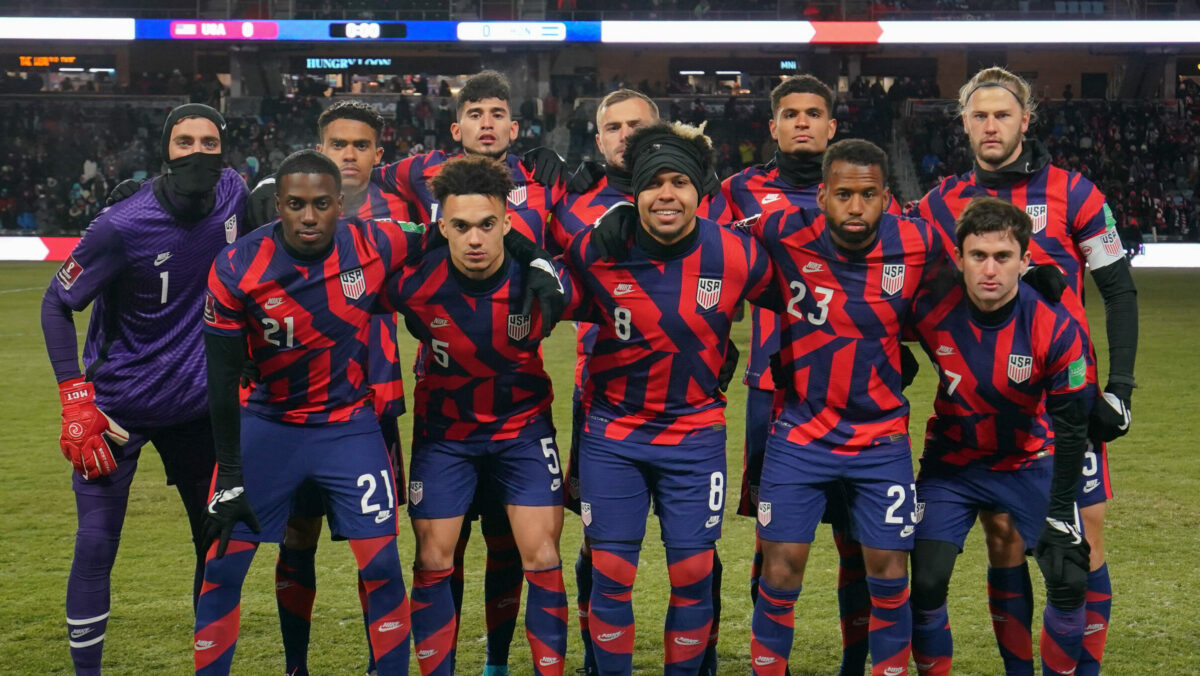 The icy conditions at Allianz Field on Wednesday were supposed to lead to a game where neither team would be able to do much, but the U.S. men’s national team did not get that memo.

The Americans played through the freezing conditions to put together their most complete performance of the Octagonal, bossing an overmatched and weather-beaten Honduras.

As much as we can’t get too crazy about reading too much into a dominant win against the worst team in the group, there were still plenty of individual standout performances that merit praise, from SBI Man of the Match Weston McKennie, to surprise starter Luca De La Torre.

Here is a closer look at how the USMNT players performed in Wednesday’s win over Honduras, with SBI’s USMNT Player Ratings:

The New England Revolution goalkeeper had a miserable night dealing with the freezing temperatures, and while he didn’t have much to do on the night, he gets a decent grade for simply surviving the conditions.

When the two attacking players on your side of the field leave at halftime that’s usually a good sign you put in a strong shift, and Cannon showed why he is the best defensive right back in the pool. His good positioning and ability to snuff out threats made the right side of the field a no-fly zone for the Honduras attack, and while Cannon provided little in the attack, he still turned in a solid all-around shift.

You name it and Zimmerman did it. Score a goal? Help set up a goal? Distribute the ball effectively? Handle all attacking threats your way? Check to all on arguably Zimmerman’s best USMNT performance to date.

Another strong shift from Robinson, who has made left back his position. His crossing wasn’t as accurate as you’d like to see, but he was a steady threat getting forward and continued to be solid defensively.

His set-piece deliver helped set up all three USMNT goals and his crossing in general was excellent. Throw in his defensive work in the heart of the midfield and Acosta had the exact kind of performance he needed to have after going a good while without playing his best for the USMNT.

Composed and consistent shift from De La Torre, who played the connector role perfectly. His 11 recoveries and 6 duels won show how hard he worked, but his zero shots and zero key passes point to the big issue he needs to overcome, which is being more threatening in the final third.

A man among boys, McKennie dominated play in midfield, winning 7 of 8 duels, completing 4 of 5 dribbles and adding eight recoveries. That’s not even counting his opening goal or his overall defensive work.

A quiet shift from Morris, who put in some good defensive work but wasn’t the most impactful from an attacking standpoint.

Not the best performance from the Augsburg striker, who failed to put a threatening shot on goal and didn’t register his customary levels of defensive effort, finishing with just one recovery and one duel won.

Very active, if not totally effective, Weah finished with four shots and seven crosses, but only one of them reached the target. Was 0-for-4 on his dribbles, and finished without a key pass, but he was a constant presence on the wing, keeping the Honduran defense honest.

Scored his goal two minutes after coming off the bench and the fresh legs made him a real threat against a Honduran side that had all but given up.

Didn’t have much to do during his 14-minute shift besides stay warm.

An even quieter 14 minutes than Aaronson.

What do you think of these ratings? Who do you feel deserved a higher rating? Who received a rating that was too generous?