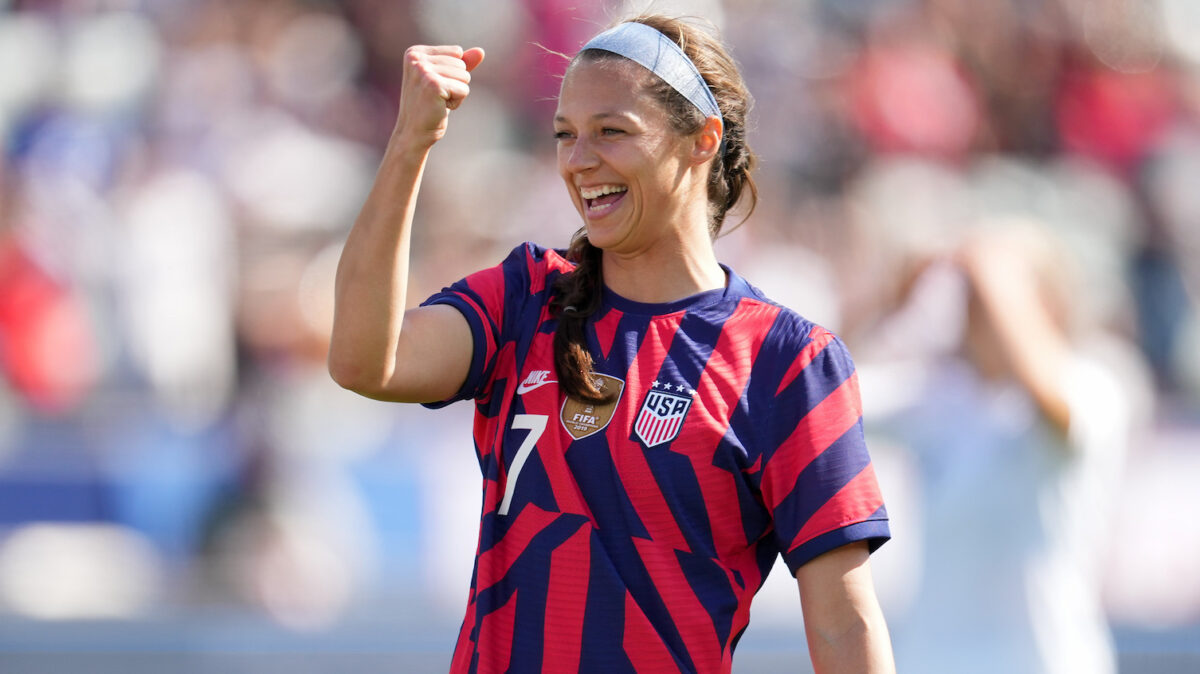 The U.S. women’s national team’s lopsided win over New Zealand on Sunday was a successful bounceback from a lackluster SheBelieves Cup opener.

A 5-0 scoreline was actually thanks to more self-inflicted wounds from the Football Ferns, though the Americans deserve some credit for applying pressure and creating danger.

The first half produced one of the most bizarre score sheets you’re ever likely to see. New Zealand defender Meikalya Moore put in three own goals before being taken off in the 40th minute, marking the first time the USWNT has ever benefitted from three own goals in a match all-time.

As far as what the Americans were able to put in on their own accord, Ashley Hatch was the first to break through. Minutes after coming on as a halftime substitution, Hatch extended her scoring streak to three in a row with a header created from a Sofia Huerta cross.

Mallory Pugh closed out the game by burying a breakaway chance in stoppage time.

Sunday was also a meaningful shift for goalkeeper Alyssa Naeher, who made her first start since exiting the summer Olympic quarterfinals with a knee injury. It was a slow day for Naeher in all, with New Zealand only forcing one shot on frame.

Rose Lavelle picked up an ankle injury in Thursday’s opener against the Czech Republic, and USWNT head coach Vlatko Andonovski may have another injury to navigate with Trinity Rodman. The 19-year-old, making her second-ever senior appearance, went down twice after taking hard contact to her left leg or knee. Rodman came on in the 55th minute and was unable to finish her shift, exiting the game in the 82nd minute as the USWNT closed the game with a 10-woman troop.

The New Zealand own goals set the Americans up to put things on cruise control early. Huerta and Kristie Mewis made the most of a pair of fouls, opting for quick restarts that quickly put the USWNT in a favorable position, and Moore’s first mistake was made from a Sophia Smith cross into the box in the fifth minute.

Trouble for Moore struck again less than a minute later with an errant header at point-blank from a Margaret Purce ball.

In the 37th, Moore deflected another Purce pass but slotted it in with her right foot for the opposite of a perfect hat trick.

Sunday was the USWNT’s 18th overall meeting with the Kiwis, and the Americans move to a 16-1-1 line in the all-time series.

The USWNT heads to Frisco, Texas for a showdown with Iceland on Wednesday in a potential cup-deciding final against Iceland. The lopsided goal differential could be key if a tiebreaker is necessary.