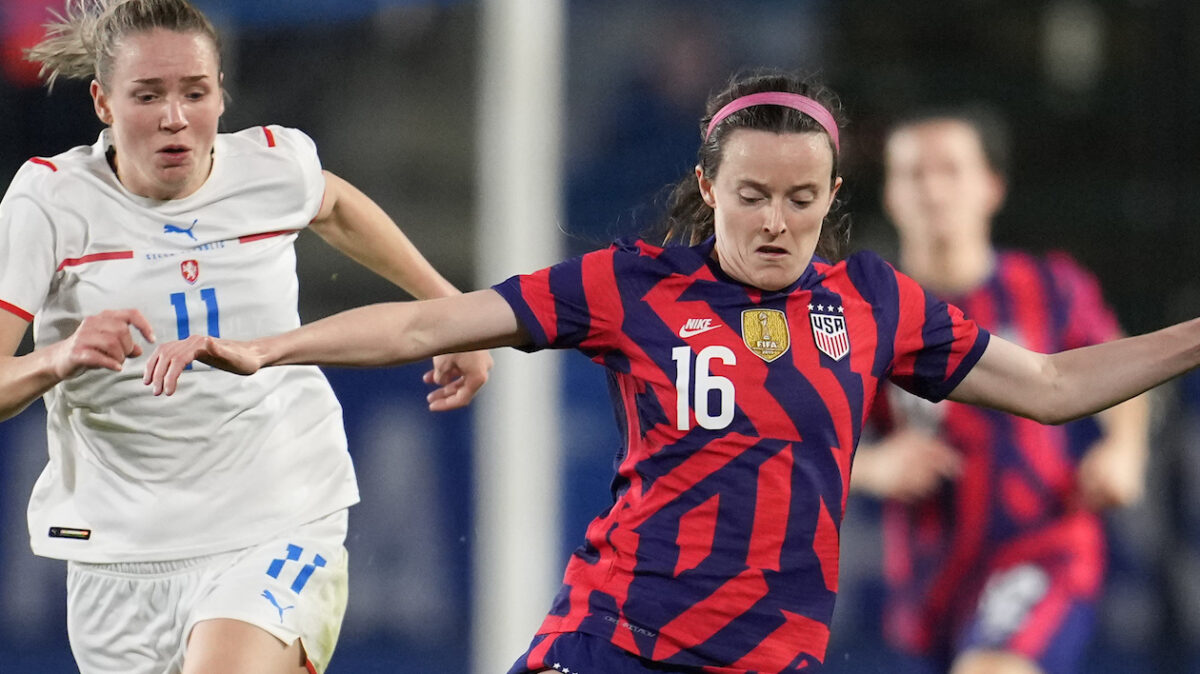 Despite dominating the stats, the U.S. women’s national team could not find a goal against the Czech Republic in Carson, California on Thursday night in the SheBelieves Cup opener.

As expected, head coach Vlatko Andonovski trotted out the youngest lineup under his tenure. With an average age of 25.5 years old, it was also the second-youngest USWNT lineup in all competitions since 2018.

The headlining moment of the night was the first-ever senior appearance from 19-year-old phenom Trinity Rodman, who came on for Mallory Pugh in the 60th minute. Rodman’s very first touch nearly produced a goal in the 68th minute, but Czech and Paris Saint-Germain goalkeeper Barbora Votíková bravely stifled the shot.

Votíková collected eight saves to keep the Americans off the board, in all they ended with 18 shots and were the busier side, owning 65% of the possession.

The USWNT was also lucky to avoid a clear handball call on halftime substitution Emily Sonnett in the 48th minute.

As for the Czechs, their lone shot on goal was saved by Casey Murphy, who cruised to her second clean sheet in her third USWNT start.

The Americans stay in Carson to host New Zealand on Sunday and close out the tournament in Frisco, Texas against Iceland on Wednesday, February 23.