Vela, Chara, and Nashville SC headline the Best of MLS for Week 1 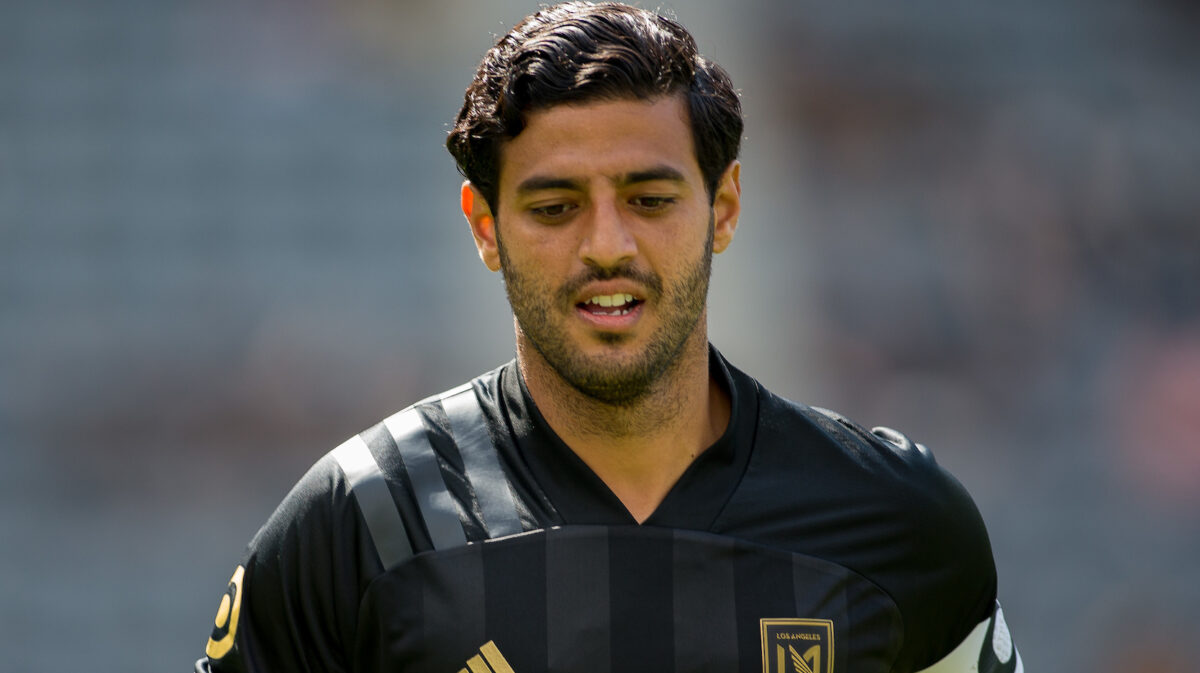 LAFC will need Carlos Vela to play like an MVP-caliber player to contend for trophies in 2022 and the Mexican forward wasted little time in opening his goalscoring account on Saturday.

Vela propelled LAFC to a dominant 3-0 home victory over the Colorado Rapids, scoring a hat trick in the process. The veteran forward could not be stopped by the Rapids backline, registering his first three goals in the Steve Cherundolo-era at Banc of California Stadium. Vela’s stellar day earned him SBI MLS Player of the Week honors.

On the team side, Nashville SC opened its 2022 schedule with a road win over the Seattle Sounders at Lumen Field. A late Anibal Godoy goal was all Gary Smith’s side needed to claim their first three points of the new season.

Here is a closer look at the Best of MLS in Week 1:

Carlos Vela carried LAFC to an impressive opening day win, scoring his first three goals of the new campaign. His first goal came from the penalty spot in the 29th minute before Vela added to his tally in the 35th to cap a fast break by LAFC. Vela iced the victory in the 50th minute, this time hitting a low drive into the bottom-left corner.

Vela’s heroics helped him beat out Josef Martinez, Michael Estrada, and Lucas Zelarayan for Player of the Week honors.

Nashville SC claimed a first-ever road win over the Seattle Sounders, scoring late and hanging on for a 1-0 victory.

Anibal Godoy delivered the winning goal in the 80th minute, rifling a left-footed shot into the top corner of Stefan Frei’s net. Godoy also helped Nashville SC limit the Sounders to two shots on goal, earning its first shutout of 2022.

Atlanta United, LAFC, and the New York Red Bulls were also worthy of consideration for their victories.

The Chicago Fire left Miami with one point in its back pocket and Gabriel Slonina was a big reason for it.

Slonina registered his first clean sheet of the new season, making four saves in a 0-0 draw with Inter Miami. The U.S. men’s national team goalkeeper made two saves in each half to preserve the road point, while also getting help from the post in the early stages of the match.

The Portland Timbers had to dig deep to earn at least one point on Opening Day and they can thank Yimmi Chara for his late heroics at Providence Park.

Chara’s overhead kick in the 78th minute helped the Timbers earn a 2-2 draw with defending Supporters’ Shield winners New England Revolution. The veteran midfielder showed great composure in the box, racing to a failed clearance, before beating Earl Edwards Jr. to the bottom corner with an acrobatic finish.