Who will, and who should start for the USMNT vs. Honduras? 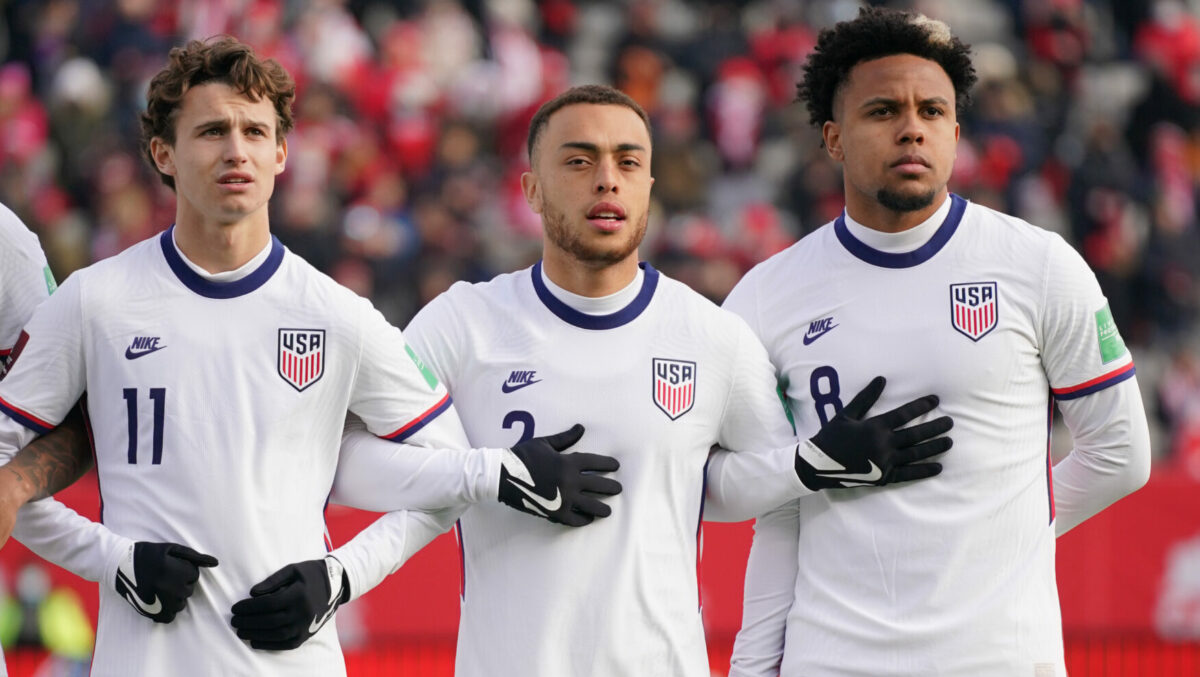 Gregg Berhalter has watched his roster options for Wednesday’s World Cup qualifying clash against Honduras shrink in recent days, but there will still be some difficult lineup decisions to make as the U.S. men’s national team prepares for a match it desperately needs to win.

Tyler Adams and Chris Richards have been ruled out with injuries, while Walker Zimmerman’s availability will bear watching coming off his absence from Sunday’s loss to Canada with a hamstring issue.

The good news is Tim Weah will be available again after being forced to miss out against Canada due to Covid vaccination requirements, and Gregg Berhalter could

With all that in mind, here is a look at the lineup we could see the USMNT deploy against Honduras on Wednesday, and the lineup SBI would like to see:

Turner had the worst match of his budding international career on Sunday, but he will have the chance to bounce back. Sean Johnson has the veteran poise to step in if needed, but it’s tough to see Berhalter pulling Turner after one tough match.

The fullbacks have started two straight so asking them both to start a third in a row could be pushing it. Honduras has speedy threats on the wing, so a defensive fullback option like Reggie Cannon could make sense, with the fresher of the two between Dest and Antonee Robinson starting at left back.

At centerback, all eyes are on Walker Zimmerman’s hamstring after a slight injury kept him out of the Canada match. Berhalter said on Sunday that Zimmerman would be fine for the Honduras match, but given how cold it will be in Minnesota, could we instead see Mark McKenzie get the nod?

Might we see McKenzie anyway in place of Miles Robinson after Robinson’s shocker against Canada? We shouldn’t rule it out, though you have to like Robinson’s chances of bouncing back and performing better on Wednesday if he starts.

The Adams injury will break out the MMA midfield for once, and Acosta is the natural fit to step in. McKennie and Musah have been two of the few consistent bright spots for the USMNT this window and should both be among the first names on the lineup card.

Is it time to consider benching Christian Pulisic? He has started two straight matches, been ineffective in both, and is coming off a 90-minute shift in Canada. Meanwhile, Tim Weah is rested after missing the Canada match and Brenden Aaronson has started just once this window, playing 68 minutes.

An Aaronson-Weah wing tandem could give the Americans the hustle and defensive work rate to pressure Honduras into mistakes, while bringing Pulisic off the bench for a change-of-pace could pay of well, as it did against Mexico in September.

Pepi should get the nod at striker, and we need only remember how tore up the Honduras defense in September for evidence of why he could deliver another big performance on Wednesday.

If, for some reason, Berhalter doesn’t believe Pepi is up for a starting role, he could consider deploying Weah as a striker, with Pulisic and Aaronson as his wingers. Pulisic as a false-nine, with Aaronson and Weah on either side of him could also be an option.

A Ferreira return to the lineup can’t be ruled out given how solid a showing he had El Salvador.

What do you think of the projected starting lineup options? Which lineup would you go with? Would you bench Pulisic?