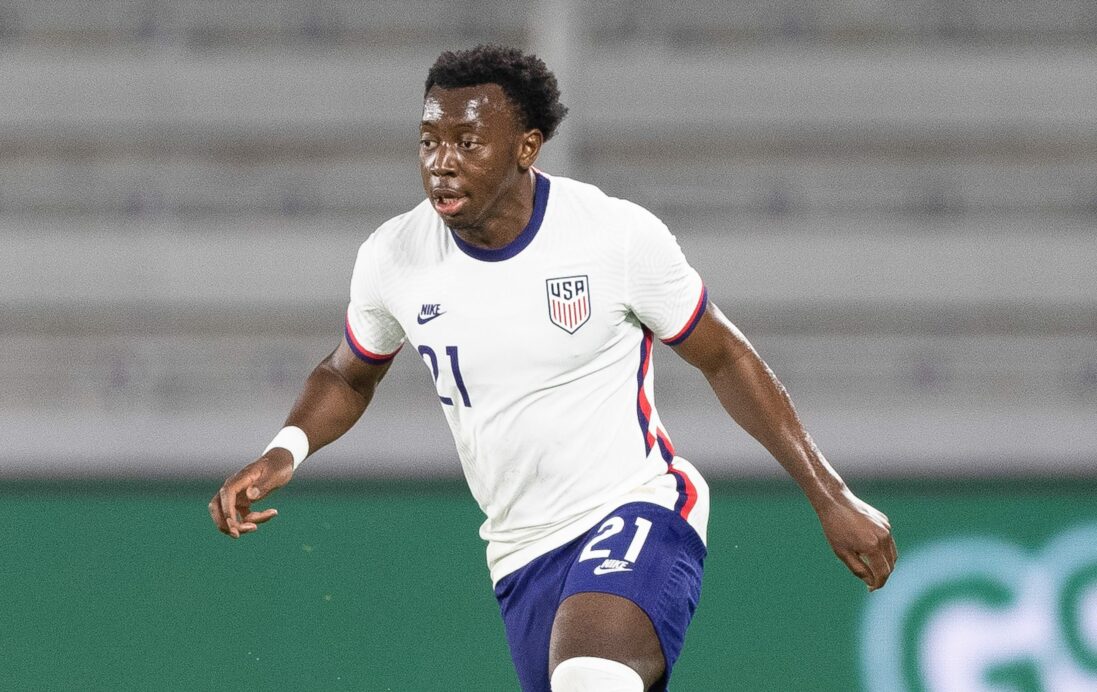 Sergino Dest’s hamstring injury suffered with FC Barcelona in Thursday’s Europa League match against Galatasaray has officially ruled him out of the March World Cup qualifiers with the U.S. men’s national team, and Gregg Berhalter has turned to another promising young fullback to help fill the considerable void.

Bello, 20, has earned six caps for the USMNT, starting in last summer’s Concacaf Gold Cup Final win over Mexico, and starting in the team’s Octagonal road win against Honduras.

The former Atlanta United Homegrown defender completed a transfer to Bundesliga club Arminia Bielefeld in late January. Bello has made five appearances for Bielefeld in league play, most recently earning his first Bundesliga start, playing 90 minutes in a 1-0 loss to Borussia Dortmund on Sunday.

Bello is the fourth fullback on the USMNT roster, joining Antonee Robinson, Reggie Cannon, and DeAndre Yedlin in the current squad.

The USMNT travels to Mexico on Thursday before hosting Panama (March 27) and visiting Costa Rica (March 30) in its final matches of the octagonal round.