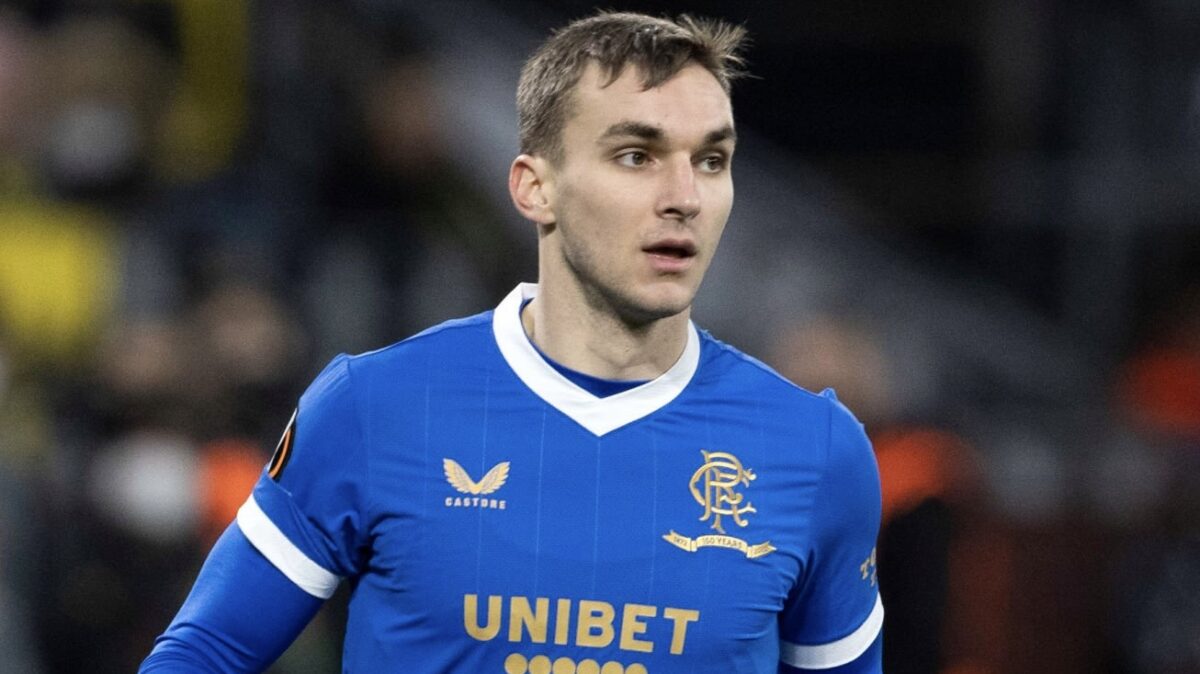 James Sands hasn’t played as frequently for Scottish Premiership side Rangers as he did with defending MLS Cup champions New York City FC, but his competitiveness and focus has remained the same since arriving overseas.

Sands started on Sunday as Giovanni van Bronckhorst’s side booked their place into the Scottish Cup semifinals with a 3-0 quarterfinals win over Dundee FC. It was Sands’ third start for Rangers since arriving on loan from NYCFC, and the American midfielder did not disappoint as he logged his first 90 minutes since February 12.

With Rangers pushing for not only domestic trophies but an UEFA Europa League title, Sands has been forced to watch as Aaron Ramsey, Ryan Jack, Glen Kamara, and others have led the midfield over recent weeks. Even if he hasn’t played as regularly as he would like, Sands is gathering experiences from every match to be ready when his name is called on.

“I think it is understanding that in Scottish football you have so many types of different games,” Sands said postmatch after Sunday’s win. “The games you play at Ibrox are very different to the ones you play away from home.

“Different things are required in the games and I knew going to Dundee it would be a physical match and there would be a lot of challenges,” Sands said. “I think that helped me settle into the game.”

Sands impressed in his first start for Rangers in 1-1 draw with Aberdeen back in mid-January, but since has only totaled five appearances for the defending Scottish champions across all competitions. He made his European debut in matches against Borussia Dortmund and recently Red Star Belgrade and will now push for more minutes in a packed group of midfield options.

Sunday’s outing against Dundee FC will certainly help Sands’ chances of being used more frquently as the season progresses, a decision that Van Bronckhorst will have to make as Rangers remain in three competitions.

“For him it’s been a big change because he came off of a full season and from a different style of play [in MLS],” Van Bronckhorst said. “I think you saw today what he can bring to the team, I thought he was excellent, he won a lot of duels, a lot of second balls, and he spread a lot of good passes around, as did Ryan Jack. So I am very pleased with his performance.”

Sunday also marked only the second time that Sands has been paired with Ramsey in Rangers’ midfield, providing the USMNT midfielder a great opportunity to learn from an experienced veteran. Ramsey, 31, has many years of experience in Europe after past spells at Serie A giants Juventus and English Premier League side Arsenal.

Both players will be jostling for minutes as Rangers aims to not only book a spot in the Europa League quarterfinals this week, but also remain in the race for the Premiership title and Scottish Cup. Ramsey hasn’t been playing with Sands long this season, but believes in the American midfielder to continue progressing throughout the final months.

“James has done really well and he has settled in well,” Ramsey said about Sands. “He gets stuck in and gets about the pitch and he did well against Dundee.

“It’s a good environment for any player to come into,” Ramsey added. “We have a great group here and they make it easy for people to settle in.”