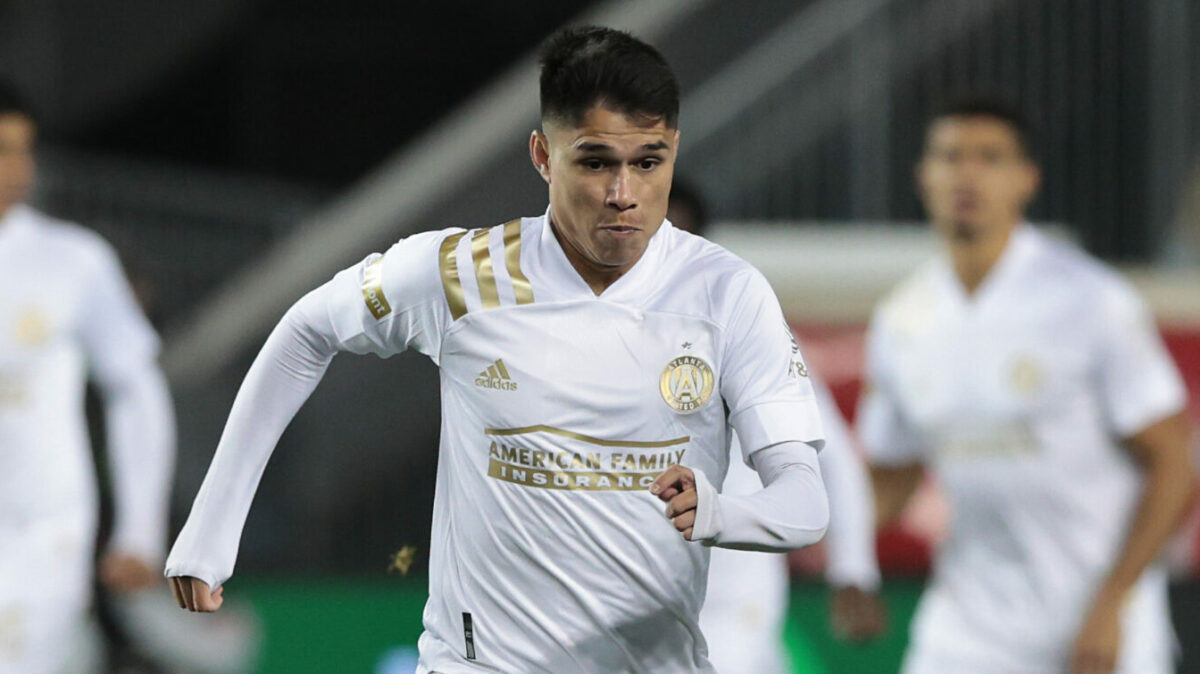 Atlanta United will be without one of their South American talents for up to one month after an early-season injury suffered on the opening weekend.

Luiz Araujo will be sidelined for four weeks with a hamstring injury, the Five Stripes announced Tuesday. Araujo suffered the injury in Sunday’s 3-1 home victory over Sporting Kansas City and was replaced by fellow goalscorer Dom Dwyer.

It is a significant blow for the Five Stripes, as Araujo is a key attacking piece in Gonzalo Pineda’s squad. The Brazilian arrived in MLS as a Designated Player last summer from Ligue 1 side Lille , and went on to register four goals and four assists in 15 matches in 2021.

Araujo’s absence could see increased playing time for Dwyer and Josh Wolff until 20-year-old Thiago Almada arrives at the club after visa issues.

The New York Red Bulls bolstered their attacking options on Monday with Ashley Fletcher joining on a six-month loan from English Premier League side Watford.

Fletcher’s loan move also includes a permanent option to buy and he will occupy an international spot on the Red Bulls roster. The 26-year-old joins after scoring two goals and adding one assist in six appearances this season.

“We are happy to add Ashley to our team,” said Sporting Director Denis Hamlett. “His experience in both the English Premier League and English Championship will prove to be valuable among our young group of players.”

Fletcher is a former Manchester United academy player and has played for several teams in England. He’s totaled 28 goals between stops at Middlesbrough, Watford, Sunderland, and Barnsley.

He will join Patryk Klimala, Tom Barlow, and Cameron Harper in the Red Bulls attacking corps.

St. Louis City SC has continued building its roster for its debut MLS campaign and added an experienced European midfielder to the mix.

Czech Republic midfielder Tomáš Ostrák signed a four-year contract with the 2023 expansion side from Bundesliga side FC Cologne. He will make the move to St. Louis City in July 2022 at the conclusion of his deal in Germany.

“Tomáš has the talent and characteristics despite his young age to be an important figure in our team,” said St. Louis City sporting director Lutz Pfannenstiel. “He’s a creative player, with incredible technical ability, but most importantly he knows our playing style. His ability to create chances and his work ethic off the ball will add another dynamic to our team and make him a significant threat in our attack. We’re excited to have him join St. Louis CITY and we know the fans will love his attitude and winning mentality.”

Ostrák joined FC Cologne’s academy in 2016, but has only made four appearances for the first team since. The 22-year-old spent back-to-back loans with Hartberg in Austria and MFK Karvina in his native Czech Republic, scoring one goal goal in 32 combined appearances.

Ostrák has represented his country at several youth levels, totaling 24 caps between the Under-17 through Under-21 national teams.

The San Jose Earthquakes also suffered a loss to one of their players on Tuesday as defender Nathan suffered a torn meniscus in his left knee on opening weekend.

Nathan has underwent a successful surgery and will now be out up to two months, the club announced. The 26-year-old joined the Earthquakes last summer from Swiss side FC Zurich and proceeded to make 20 league appearances for the club.

Francisco Calvo, Tanner Beason, and Oskar Agrenin will all be relied on for the Quakes going forward with the Brazilian sidelined.

San Jose remains at PayPal Park on Saturday for an inter-conference showdown with the Columbus Crew.