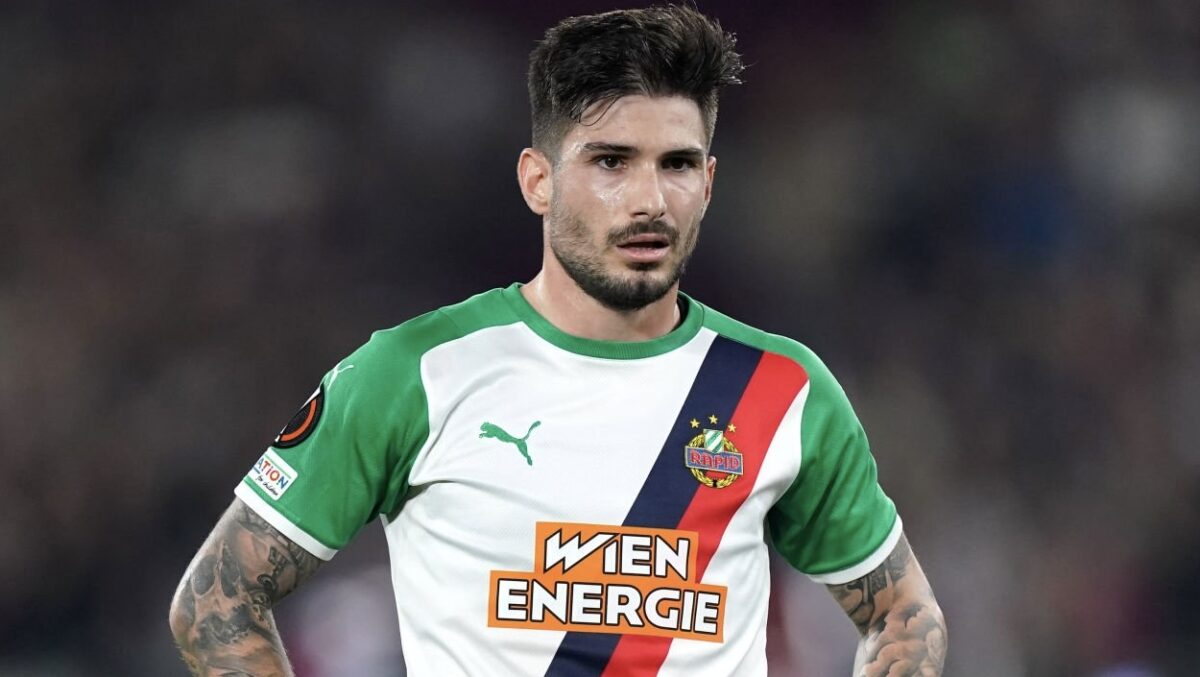 D.C. United wasn’t planning to have Designated Player Taxiarchis Fountas until this summer, but will now have the international forward earlier than expected.

Fountas signed a pre-contract with D.C. United in February and will officially join the Eastern Conference club upon receipt of his P-1 Visa and International Trade Certificate. Fountas signed from Austrian side Rapid Vienna and will have an MLS contract through 2024, with an option for 2025.

Fountas, 26, has scored 45 goals and recorded 21 assists in 90 appearances across all competitions for Rapid Vienna since signing for the club in 2019. He’s also earned eight caps for the Greek national team.

He is one of several new faces in Hernan Losada’s side, joining Michael Estrada and Brad Smith.

D.C. United has suffered back-to-back defeats after previously winning its first two matches of the season.

Atlanta United added attacking depth to its roster on Monday with Ronaldo Cisneros joining the club on loan.

Cisneros joins from Liga MX side Chivas de Guadalajara on loan through July 7 with an option to extend through the end of the 2022 season and an option to buy permanently. Cisneros will occupy an international roster spot on the Five Stripes roster.

“We’re pleased to add Ronaldo and look forward to integrating him into the group,” Atlanta United Vice President and Technical Director Carlos Bocanegra said. “While we were already familiar with him, we were able to see him play in person during our preseason trip to Guadalajara. We like his profile, he can play direct and stretch the opposition, and has the versatility to play up top or on the wing as part of a front three.”

Cisneros has totaled 121 appearances and recorded 22 goals and seven assists across Liga MX, Copa MX and Liga de Expansión action. The Mexico native joined the Santos Laguna academy in 2011 and progressed through the youth ranks before making his Liga MX debut in Oct. 2014. He made 16 total appearances and scored four goals with Santos between 2014-2017.

Cisneros joined Chivas in 2018, but has only totaled 35 appearances for the club since his arrival. He’s also spent time on loan with Atlético Zacatepec, Mineros de Zacatecas, and Deportivo Tapatío on loan in 2020.

Cisneros has represented Mexico at the Under-18, U-20, U-21 and U-23 levels, most recently with the U-23 side in 2019. The striker was the top scorer at the 2017 Concacaf U-20 Championship, scoring six goals in five matches to win the Golden Boot in addition to being named to the tournament’s Best XI. He also represented Mexico at the 2017 FIFA U-20 World Cup and scored two goals in five appearances.

Dynamo signs forward Thiago as part of U-22 initiative

Thiago joins the Dynamo on a year-long loan from Serie A side Flamengo. The loan also includes an option to purchase Thiago outright at the end of his loan spell in MLS.

The 21-year-old has played for Flamengo and Clube Náutico Capibaribe in more than 60 matches across all competitions in Brazil. Thiago has scored eight senior goals in his club career and has also represented Brazil at the U-18 level.

“Thiago is an exciting young talent joining us from one of the biggest clubs in the world. We anticipate that he will compete for minutes this season with the hope of earning a permanent spot with our club next year,” said Dynamo general manager Pat Onstad. “The city of Houston already attracts some of the most talented people in the Hemisphere to our world class energy, medical, and aerospace industries, and our club’s recruitment efforts are no different. We want to be the preferred gateway for high potential players from North, Central and South America and help them realize their dreams of playing at the highest levels.”