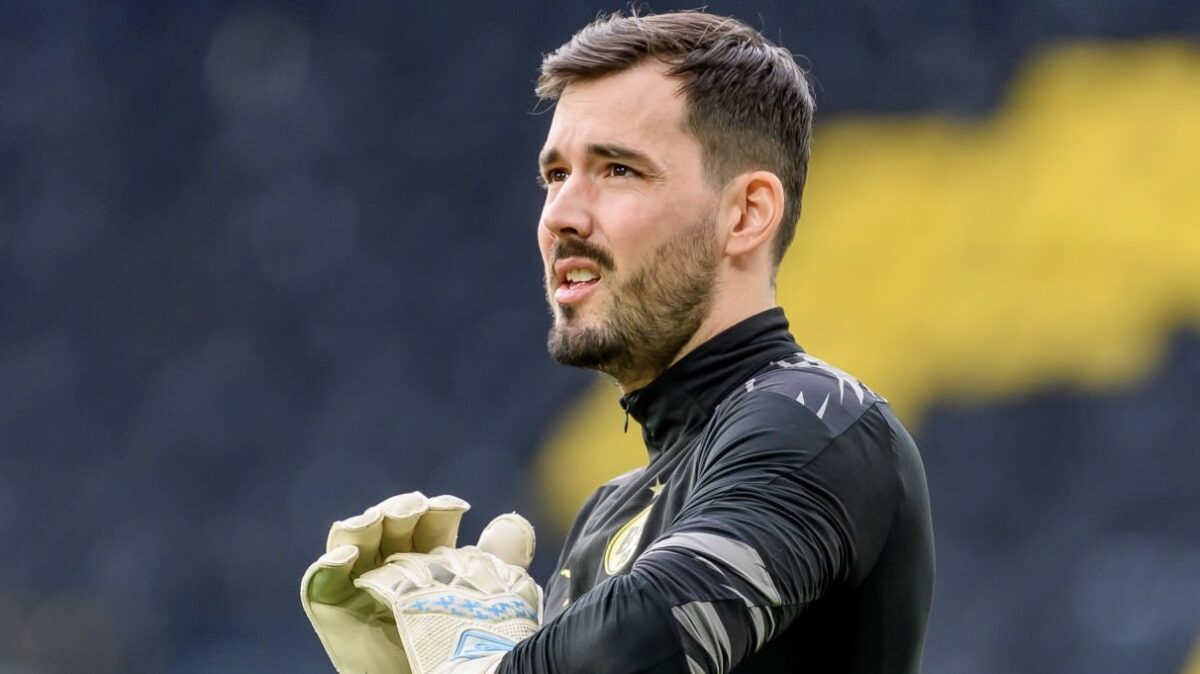 St. Louis City SC has signed its starting goalkeeper for its debut MLS season in 2023, acquiring one of the German Bundesliga’s top shot-stoppers.

Swiss international goalkeeper Roman Bürki has signed a three-year contract with St. Louis City SC and will officially join the club in July. He will finish the current Bundesliga season with Borussia Dortmund before moving to MLS ahead of the expansion club’s league involvement..

“We’re delighted to have a top international goalkeeper like Roman joining St. Louis CITY SC,” said St. Louis City SC sporting director Lutz Pfannenstiel. “His international experience will be a huge benefit for our club. He’s a player that has proven himself throughout his career and has played on the biggest stages in world football like the European Champions League. He will play an important role on our roster by providing leadership to our young and exciting team.”

Burki spent the first five seasons of his professional career in his native Switzerland, playing mainly for Grasshoppers from 2011-14. He earned a transfer to German club Freiburg in 2014 and made 34 appearances for the club before then joining Borussia Dortmund in 2015.

The 31-year-old has totaled over 150 appearances for the Black and Yellow, winning two German Cups and one German SuperCup in his time at Signal Iduna Park. He’s also earned 30 caps with the Swiss national team.

Chase Gasper is leaving Minnesota United to focus on his well-being.

Gasper has entered the MLS Substance Abuse and Behavorial Health Program, effective immediately, Minnesota United announced Wednesday. The 26-year-old is in his fourth season with the Loons after being selected in the first round of the 2019 MLS Draft.

“Gasper will be unavailable for team activities until he has undergone an assessment and is cleared for participation by the SABH Program doctors.” a club statement read. “We admire his courage to seek help and we fully support his decision to enter this program and prioritize his own well-being.”

Gasper missed the opening three matches of the 2022 season for Adrian Heath’s side through injury. The fourth-year defender has totaled two goals and one assist in 68 combined league appearances for the Loons.

He’s also appeared once for the U.S. men’s national team to date.

FC Dallas retained one of its key homegrown players on Tuesday, signing Brandon Servania to a new contract.

Servania’s new contract will run through the 2024 campaign, which includes a club option for 2025. The 23-year-old has totaled 50 MLS appearances since debuting in 2019 against the Philadelphia Union.

He has scored two goals and recorded five assists in MLS play.

Servania also participated in two training stints with Bundesliga giants Bayern Munich and also earned a loan spell with Austrian club SKN St. Poelten back in 2021. He has previously represented the U.S. youth national teams at several levels and made his senior debut for Gregg Berhalter’s side in 2020.

The Vancouver Whitecaps added goalkeeping depth on Tuesday, signing Cody Cropper for the remainder of the 2022 MLS season.

“Cody brings MLS and overseas experience to our young goalkeeping group,” sporting director Axel Schuster said. “He is a great fit in our team, and we are pleased to welcome him to the club.”

Cropper, 29, has totaled 37 regular season starts during his career, which includes previous stops at the Houston Dynamo, FC Cincinnati, and New England Revolution.