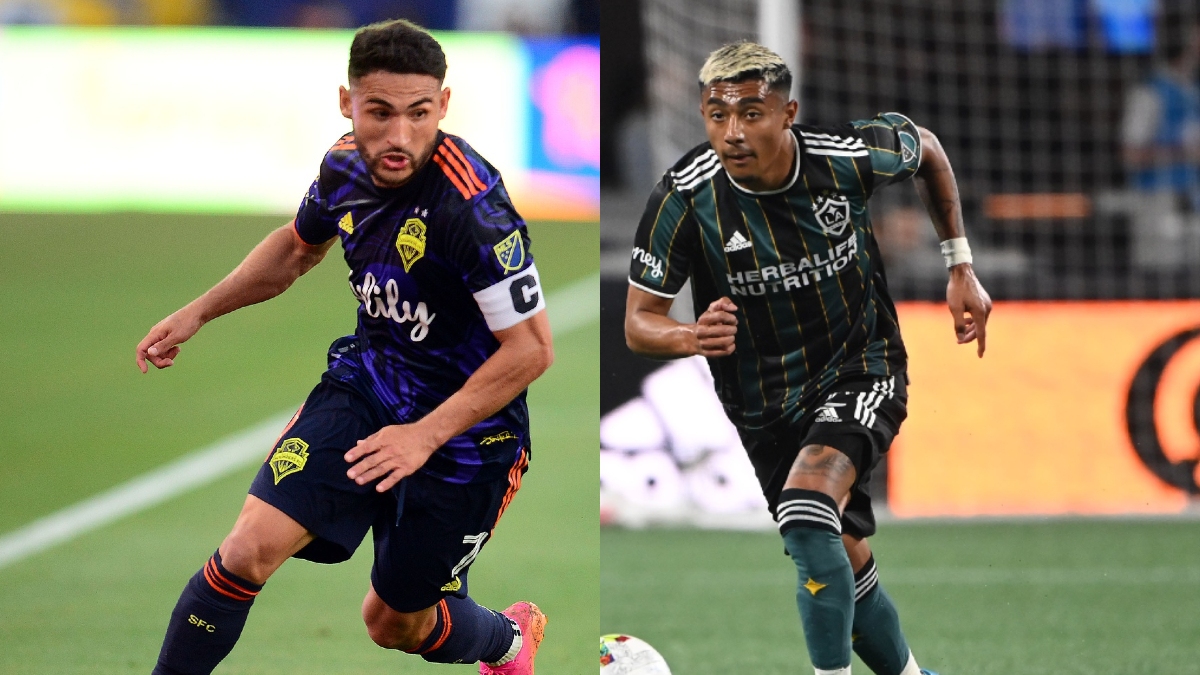 Major League Soccer play moves into Week 3, after the previous week brought an audacious goal from Efrain Alvarez, a hat-trick from the Red Bulls’ Lewis Morgan and more struggles for two of the teams we thought would be two of the league’s top contenders, New York City FC and the Seattle Sounders.

The LA Galaxy return to national television for the third straight week, facing the Sounders at Lumen Field on Saturday afternoon. Javier Hernandez, Alvarez and the rest of Greg Vanney’s squad are perhaps the hottest team to start 2022, with wins over NYCFC and Charlotte FC.

Plenty of teams are still in the stage of proving themselves in Week 3. Austin FC has a great opportunity to do so as it travels to the Portland Timbers. Nashville SC appears to be one of the top teams early on in 2022, but a matchup with FC Dallas stands in its way this week.

Among other interesting matchups this week are what could be a budding regional rivalry with Charlotte FC visiting Atlanta United. Both squads are struggling greatly out the gate this year. The Colorado Rapids, fresh off a dominant 3-0 win, stay home to host Sporting Kansas City, which earned its first win of 2022 last week against the Houston Dynamo.

An underrated matchup to watch takes place in Pennsylvania, where the San Jose Earthquakes travel to take on the Philadelphia Union. The Earthquakes came back to earn an exciting, and much-needed, 3-3 draw against the Crew last time out. The Union come off a comeback win against CF Montreal and will look to continue their dominant form at home.

Here is a closer look at the top matchups to watch in MLS Week 3, along with a rundown of the full weekend schedule:

The Galaxy are off to a strong start, with a pair of wins to start year two of the Greg Vanney project. Not only has Chicharito once again proven he can win matches when it counts, Efrain Alvarez scored perhaps the season’s best goal yet against Charlotte FC and new faces like Mark Delgado have integrated quickly.

For the Sounders, the opposite is the case. Two losses, 1-0 away to Real Salt Lake last week and 1-0 to Nashville SC before that, find the Sounders without a goal heading into Week 3. That is anything but the start anyone would have expected from the Sounders. The Sounders’ midfield, which includes Nico Lodeiro, Cristian Roldan and new signing Albert Rusnak, is one of the best in the league on paper.

Some hope has been restored midweek, because the Sounders utterly dominated Club Leon to win 3-0 in the quarterfinal of the Concacaf Champions League quarterfinal. Let’s see how the Sounders can follow up that win with this nationally televised matchup with the Galaxy.

D.C. United seeks a third straight win to start the season in this matchup against a Chicago Fire team that has started the season quietly. The Fire have lots of potential it hasn’t shown yet, with Xherdan Shaqiri bedding into the squad and Gabriel Slonina impressing at starting goalkeeper.

New D.C. United arrival Michael Estrada started the season strong, scoring twice against Charlotte FC in the opener. This matchup represents a step up in competition for D.C. United, which has only faced FC Cincinnati and Charlotte FC so far.

Nashville SC started 2022 with some impressive results: a stoic 1-1 draw in the cold against Minnesota United and a 1-0 takedown of the Sounders to start the season. The club is undefeated as it continues a long run of road games before its new stadium opens.

This week, FC Dallas looks to hand Nashville its first loss. Dallas attacked well in stretches last week against the New England Revolution, but couldn’t find a goal. The club’s attack might be one of the best Nashville has faced this year, with Paul Arriola and Jader Obrian on the wings and Jesus Ferreira up top. However, Dallas has yet to find a win and the three-headed monster up top hasn’t produced much so far. New Argentine winger Alan Velasco has been in training for over week now and could feature.

Nashville’s back line is impressive to start the season, with Walker Zimmerman looking to follow up an outstanding 2021. Nashville hasn’t had to score much, but C.J. Sapong, Hany Mukhtar and Randall Leal are all showing good form through two games.

Austin FC is off to a fantastic start to the season, with 10 goals in the first two matches. However, this matchup against the Timbers brings Austin’s first chance to prove its might against a top contender in the Western Conference.

The Timbers, on the other hand, are coming off two of the toughest matchups, with two points from two games. LAFC’s Mamadou Fall prevented the Timbers from their first win of the season with a late goal last weekend, and the team drew 2-2 with the Revolution in the season opener.

Sebastian Driussi is one of the league’s hottest players to start the season. The 26-year-old Argentine has three goals and two assists, but of course Austin’s only competition thus far have been Inter Miami and FC Cincinnati.

Lewis Morgan put forth the best performance of last week’s slate of games, scoring a hat-trick in a thoroughly dominant win over Toronto FC. This week, the Red Bulls return home for possibly their toughest test yet.

The Red Bulls are surging offensively, with seven goals from the first two games of 2022. Patryk Klimala assisted all three of Morgan’s goals last week, so their partnership bears watching again this weekend.

Minnesota United missed out on a win last week in a 1-1 draw against Nashville SC. The Loons found a multitude of chances at Allianz Field, but could not make them count. Minnesota heads into this matchup with two points from two games, and a result against the Red Bulls would make for an encouraging early run of form.