Morgan, Alvarez, and Real Salt Lake headline the Best of MLS for Week 2 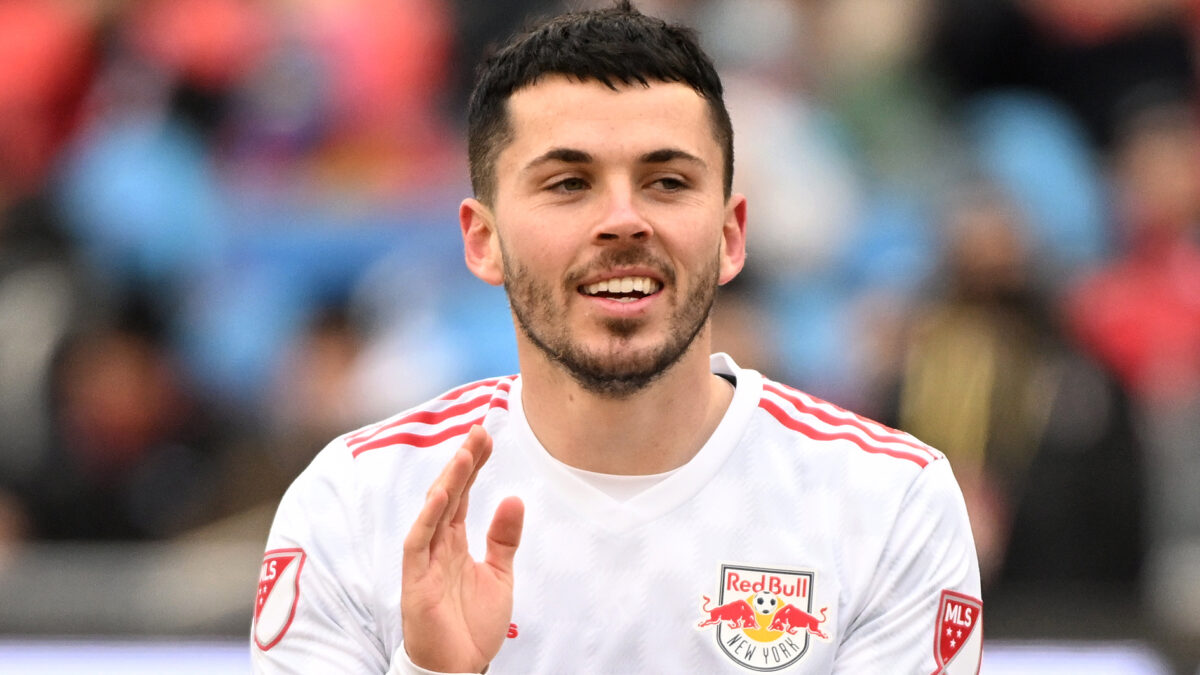 Lewis Morgan was acquired by the New York Red Bulls to deliver in the offensive third this season and the Scottish international did so in style on Saturday with a career-best day in Toronto.

Morgan registered his first-career MLS hat trick on Saturday as the Red Bulls rolled past Toronto FC 4-1 at BMO Field. Morgan’s sensational day helped him earn SBI MLS Player of the Week honors as Gerhard Struber’s side moved to 2-0-0 in regular season play so far.

On the team side, Real Salt Lake claimed its first victory of the new season, edging the Seattle Sounders 1-0 at Rio Tinto Stadium. It was RSL’s third-consecutive league victory over the Sounders and their fourth out of the past five on home soil. Zac MacMath stole the show with four saves while Bobby Wood played the hero with his first goal of 2022.

Lewis Morgan claimed SBI’s Player of the Week honors for the first time after stealing the show at BMO Field with his first-career MLS hat trick. The Scottish forward needed only 23 minutes to find the back of the net three times, leading the way in a 4-1 romp for the New York Red Bulls in Toronto.

All three of Morgan’s goals came off of assists from Patryk Klimala, continuing the new partnership in the Red Bulls attacking front.

Morgan’s career day helped him beat out Lucas Zelarayan, Sebastian Driussi, and Diego Rubio for Player of the Week honors.

Real Salt Lake continued its recent dominance over the Seattle Sounders on Saturday, claiming a 1-0 victory for its three points of 2022.

Bobby Wood’s second half finish was all RSL needed to earn a third-straight win over the Sounders. Wood’s left-footed shot in the 46th minute beat Stefan Frei down the middle of his goal, giving RSL a lead it would not relinquish.

The Colorado Rapids, Philadelphia Union, and Austin FC were also worthy of consideration for their victories.

Efrain Alvarez silenced Bank of America Stadium on Saturday night with a sensational goal that earned the L.A. Galaxy a second-straight win in league play.

Charlotte FC looked destined to walk away with one point in its home opener in front of over 74,000 fans, but Alvarez’s perfectly-placed shot in the second half propelled the Galaxy to victory. The Mexican international drove upfield on his left foot before unleashing a shot into the top-right corner of Krisijan Khalina’s goal.