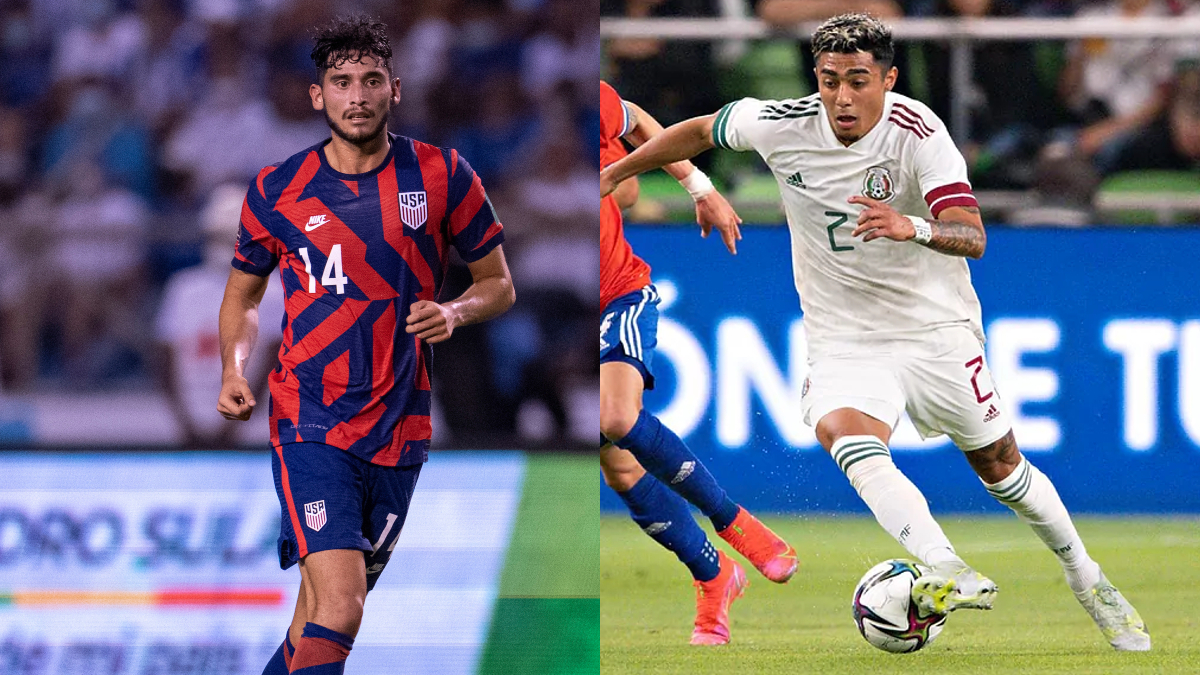 Ricardo Pepi and Julian Araujo will not be the first Mexican-Americans to feature in the USMNT-Mexico rivalry if they appear in Thursday’s World Cup qualifying showdown, but if they take the field at Estadio Azteca it would be a significant moment in the North American Clasico.

If Pepi and Araujo play, it would mark the first time in the rivalry that Mexican-Americans have featured on both teams, and easily the first time both teams feature a player who was actively recruited by the other team.

When Pepi made his decision to play for the USMNT last fall, it was a significant moment because he immediately became the most high-profile Mexican-American prospect to choose to play for the United States, and he did so shortly after goalkeeper David Ochoa made the surprising decision to switch from the USMNT pool to Mexico.

Pepi’s decision, and immediate success with the USMNT, made it feel like other high-level prospects would follow Pepi onto the American side of the rivalry, but Araujo chose differently, filing his own one-time switch to play for Mexico in October after having represented the USA on multiple youth levels and even making his USMNT debut in December of 2020 (he has since joined Martin Vasquez and Edgar Castillo as the only players to play for both USA and Mexico senior national teams).

While some other Mexican-Americans who made the decision to play for El Tri have found it tough to break into the senior squad, Araujo’s continued success with the LA Galaxy helped earn him a call-up from Tata Martino, and an impressive cameo in the most recent World Cup qualifying window. Now Araujo has a decent chance of being chosen to start at right back for Thursday’s match, though Jorge Sanchez is still the favorite for the role.

Pepi tore through the early stages of the Octagonal, recording three goals and three assists and looking like the new first-choice striker the USMNT had been waiting for. He has hit a slump though, and hasn’t scored a goal since his two-goal masterpiece in an October qualifying win against Jamaica. Pepi’s goal drought has suddenly made him feel like less sure of a bet to start against Mexico on Thursday, but Berhalter could choose to give the young striker a chance to break out of his slump on the biggest stage possible outside of a World Cup, and in the process help instill some much-needed confidence in the talented forward.

The symbolism of Pepi and Araujo playing on each side of a rivalry they have dual ties to would be powerful, and hopefully offer a reminder of the close ties that bind the two countries, which may be rivals on the field, but which both serve as physical and/or spiritual homes to a significant population. A population that has already produced several players who have played parts in the USA-Mexico rivalry, and a demographic that will only produce more talent in the coming years.