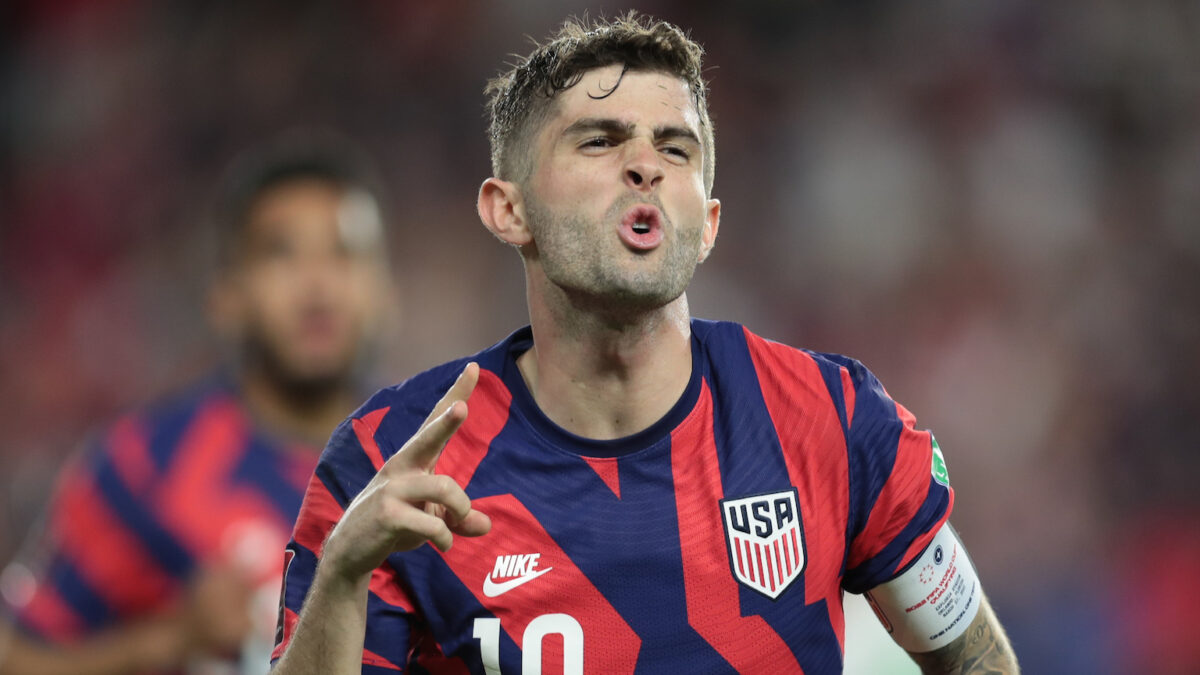 Christian Pulisic has delivered on the big stage for the U.S. men’s national team throughout World Cup Qualifying and the Chelsea star continued that streak on Sunday in a lopsided victory over Panama.

Pulisic registered his first-career international hat trick as the USMNT routed Panama, 5-0, at Exploria Stadium in Orlando, Florida. The 23-year-old earned SBI Man of the Match honors after converting a pair of first-half penalty kicks and finishing the night with a beautiful goal to close out the scoring for the Americans.

Pulisic was lively from the opening whistle and was called upon to break the deadlock in the 17th minute. His penalty kick effort beat Luis Mejia to the bottom-left corner and handed the USMNT a 1-0 lead.

The USMNT extended its lead to 3-0 before halftime and Pulisic added his second tally with another perfectly placed spot kick past Mejia. His low effort beat Mejia to the bottom-right corner before Pulisic celebrated with a classic celebration.

Pulisic capped off his perfect night with confident control and a clever finish in the 65th minute. Antonee Robinson’s cross into the box was gathered by Pulisic before the in-form attacker slid a shot into the bottom-right corner.

Pulisic was substituted off in the 70th minute with the Americans holding onto three points at home. The Pennsylvania native also won five duels, completed two dribbles, and made six recoveries in his best performance to date for the USMNT.

Paul Arriola and Antonee Robinson earned Honorable Mention for Man of the Match consideration with their outstanding performances on Sunday.

What did you think of Pulisic’s performance? Who else impressed you in Sunday’s victory?