The USMNT shouldn’t, and won’t be looking past Mexico despite looming decider with Panama 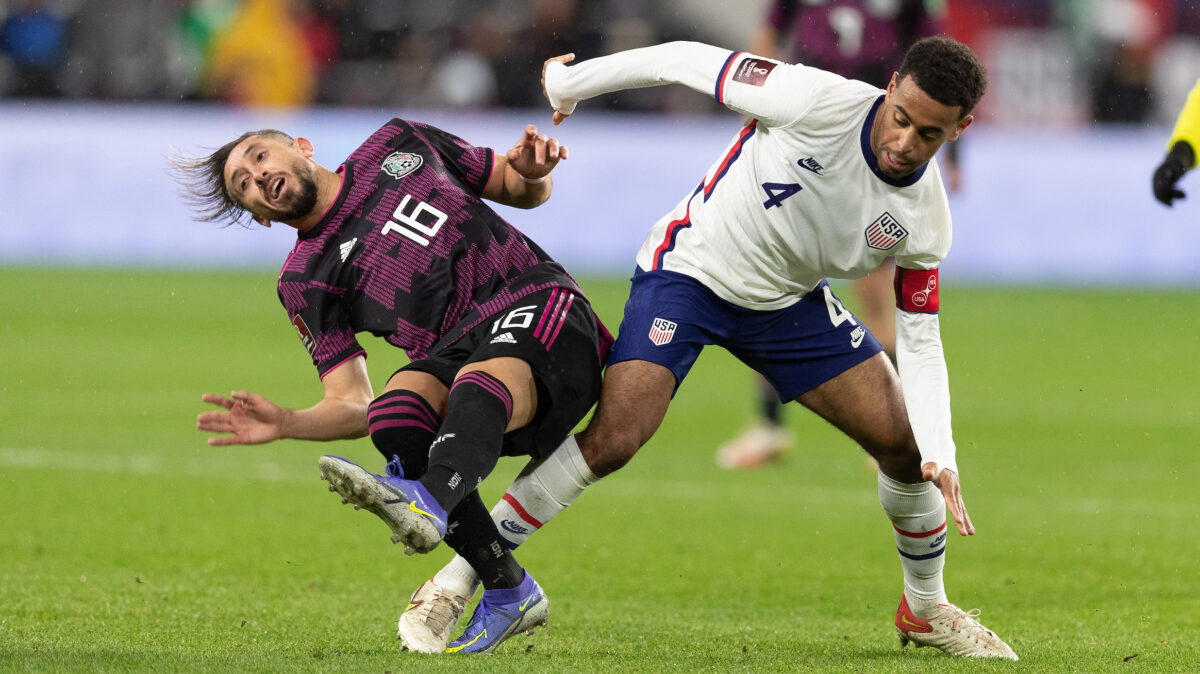 From a practical standpoint, it might make sense to some. Panama is the most dangerous threat to the U.S. men’s national team’s spot in the top three automatic spots for World Cup qualification and the two teams meet in Orlando on Sunday, with the Americans putting their strong home record on the line against a Panama side that has never won a qualifier on American soil.

Putting all of the USMNT’s eggs into the single basket of trying to beat Panama, and deploying an American lineup at less than full strength for Thursday’s showdown with arch-rival Mexico became an idea that gained enough steam to make its way onto the radar of Gregg Berhalter. The USMNT head coach, ever the analytical type, decided he would at the very least present the idea to his staff as an exercise in thoroughness.

“I heard that argument, that we should play a B team (versus Mexico). What I did is I took it to the staff, and we debated it, and we looked at all sides of it. We said ‘Hey, does this have merit?’ I think it was an important exercise to be able to do that. We came out with our answer, and you’ll see tomorrow, but there’s no harm in looking at both sides of this thing.

Berhalter wouldn’t reveal what his ultimate decision was, but the “one game at a time” motto says it all. The reality is it would be crazy for the USMNT to deploy anything less than a full-strength team against Mexico for a variety of reasons.

For starters, who concede a game to a Mexico team that has endured its own struggles in World Cup qualifying? El Tri has been far from dominant, and while the Mexicans are undefeated at home in qualifying, they needed late goals in two of their three wins, looking unimpressive in both, and the one lopsided home win they have recorded in the Octagonal was a 3-0 victory against last-place Honduras which featured two late goals scored after a Honduras red card left the visitors with 10 players.

The USMNT hasn’t exactly played well on the road in the Octagonal either, managing just one win from five matches, but they have played well against Mexico lately, winning three straight times. That is a stretch that should give them a psychological edge against El Tri, or at the very least give the young American team confidence heading into its first trip to the Azteca as a group.

Some might argue that having a key player like Tyler Adams potentially miss the Panama qualifier if he gets a yellow card against Mexico is too risky, but the reality is the USMNT doesn’t need Adams to beat Panama at home nearly as much as it needs Adams to earn the first World Cup qualifying win at Azteca in USMNT history.

Berhalter could make some decisions based on tactics, or in the case of Gio Reyna, erring on the side of caution, but it is very difficult to imagine any of Berhalter’s lineup decisions will be driven by saving certain players for the Panama match.

Berhalter deploying anything less than a full-strength squad against Mexico would send the entirely wrong message to his players, and it could cost the team far more than just Thursday’s match. It would feel like a fearful move, and one that would feel like a coach not being entirely confident in his team.

Deploying his strongest team against Mexico would send a message to his players that he believes in them, and he truly sees his group being able to make history at the Azteca. It would give his team the confidence it will need to win, the belief it will take to record a victory that would arguably be more important than any of the previous three wins against Mexico.