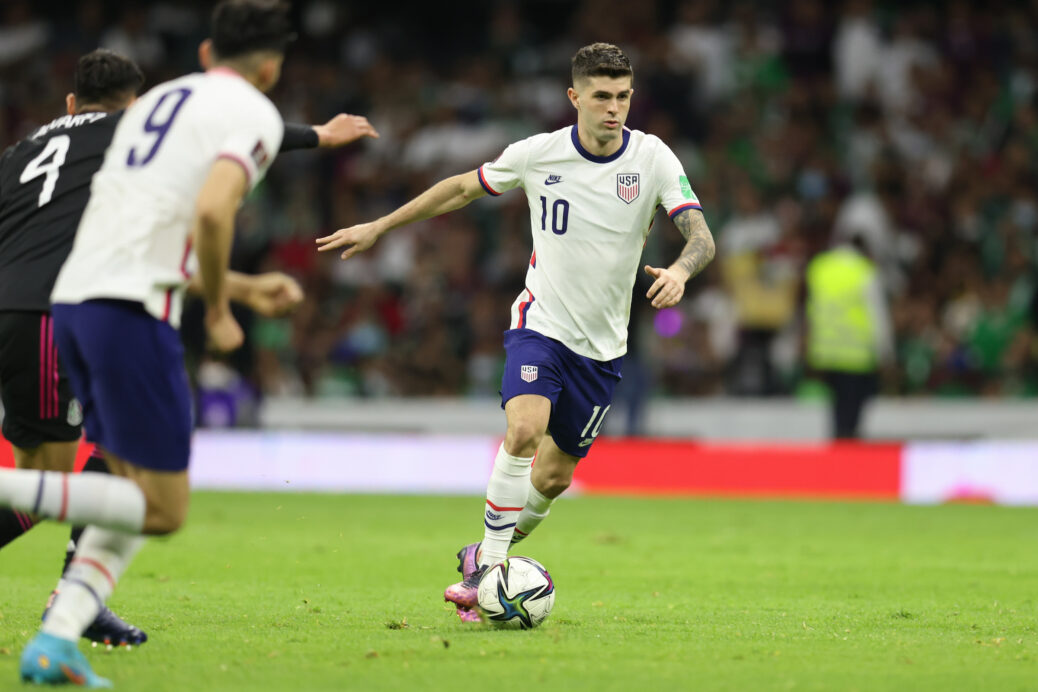 ORLANDO, Florida — After 12 World Cup qualifiers, and the ups and downs of navigating the Octagonal with a young squad, the U.S. men’s national team stands on the verge of qualifying for the 2022 World Cup with a win on Sunday against Panama.

The task is clear-cut for Gregg Berhalter’s team. A win on Sunday all but ensures a place in the 2022 World Cup because it would leave the Americans three points clear of Costa Rica even if Costa Rica beats El Salvador, and the USMNT currently holds a seven-goal edge in goal difference.

If the Americans defeat Panama, and Costa Rica ties or loses in El Salvador, then the USMNT will secure its return to the World Cup after missing the 2014 tournament.

Now, if the USMNT loses to Panama, then the Americans would head into their Octagonal finale against Costa Rica needing a win to ensure an automatic World Cup berth, which would require winning in Costa Rica, something the USMNT has never done in World Cup qualifying.

A draw on Sunday would allow the Americans to secure an automatic World Cup berth with a win or draw in Costa Rica, regardless of what the Ticos do in El Salvador on Sunday.

First thing’s first, the USMNT has to beat a Panama side that has been the surprise of the Concacaf Octagonal, and a team that handed the Americans one of the two losses they have suffered in qualifying.

“Panama’s a good team, well coached team, physical team, and they’re going to put up big resistance,” Berhalter said on Saturday. “Our goal in the game tomorrow is to win the game. It’s a home game, I’ve talked about how we’re so excited to play in Orlando in front of the fans. That stadium, in my opinion is one of the best stadiums in America for getting a crazy atmosphere. And we want to use that atmosphere. But it’s still going to be a difficult game and we need to be we need to bring the intensity if we want to win.”

The intensity was missing for the Americans the last time these teams met, with Panama earning a 1-0 victory in match that featured one of the worst USMNT performances of the Octagonal. Berhalter rested some starters in that match, but that alone didn’t account for the flat showing, though Berhalter remembers a match that could have gone differently if the USMNT could finish chances.

“When I look at that game, it was missed opportunities. That’s what I’d say. The final pass wasn’t good. The final action was not good. We got into some good positions, but lack the finishing quality, the finishing touch to score goals or to be dangerous enough.”

If the Americans are going to be dangerous on Sunday, they will need someone to step up and be a threat at striker. Berhalter could turn to Jesus Ferreira to start after both Ricardo Pepi and Jordan Pefok failed to impress against Mexico.

The good news is Christian Pulisic and Gio Reyna and healthy, and could be partnered together in the USMNT starting lineup for the first time since last summer’s Concacaf Nations League Final. Pulisic had a lackluster showing against Mexico, but should find more room to operate at home against Panama, while Reyna will look to build on his standout showing at the Azteca.

Panama enters the match having stumbled at home, settling for a surprising draw against Honduras that now has the Canaleros facing the prospect of being eliminated from the running for the three Concacaf automatic qualification places.

The USMNT is undefeated at home in the Octagonal, having won five of six matches, with the lone draw coming against Canada.

The Americans will be missing several players though, including all three right backs from the original roster for the March qualifiers. Shaq Moore has been called in to fill the void, and will face a stiff challenge if he is called on to start, as the Americans try to neutralize Panama’s wing threat.

“They’re elite at finishing off crosses. I think they’re very, very good,” Berhalter said of Panama. “First of all, they have great service from both the left and right side. And they have really good runs in the penalty box. If you look at the chances they get, it’s time and time again, a guy crossing from a deeper position to good runners in the box, athletic forwards and they score a goal.”

As much as there is riding on Sunday’s match, the mood around the USMNT camp is a calm and confident one. The Americans left Mexico with some swagger and a sense that they could have easily beaten Mexico if they finished some excellent chances, and there is a belief that a World Cup qualification-clinching victory is on the cards if the Americans play at that level again against Panama.

“I think we’re all in a good place,” USMNT goalkeeper Zack Steffen said. “We’ve done a good job to recover and get our bodies back and get our minds back. We’ll have training, get our legs moving, kind of get the flight out of us a little bit more and then the show gets started again (Sunday) so we’re excited.

“We just know this opportunity that we have is really special and we’re all here for a reason,” Steffen said. “We’re not taking it for granted, and we’re just trying to live in the moment and enjoy it all.”