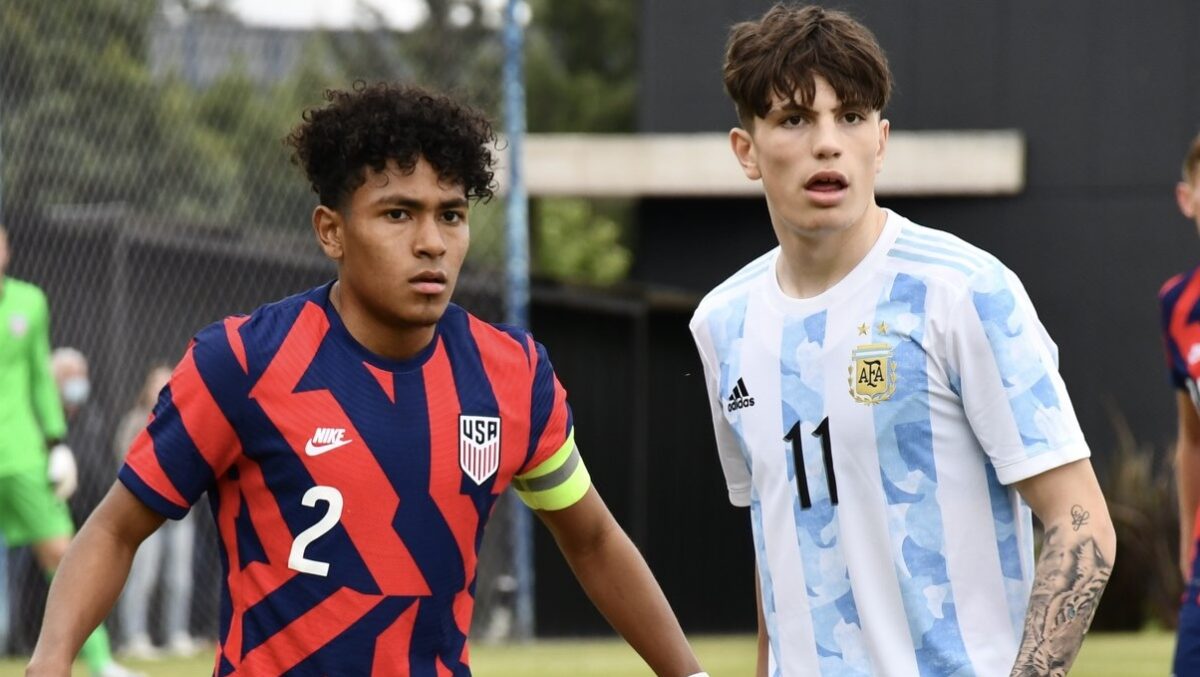 The U.S. Under-20 men’s national team returned to action on Saturday and walked away with a draw in front of one of the best players to ever play the sport.

Mikey Varas’ side began a two-match schedule in Argentina on Saturday, tying the Argentina U-20 national team 2-2. In front of Lionel Messi and Javier Mascherano, the Americans continued their preparation for involvement in this summer’s Concacaf U-20 Championship.

Philadelphia Union duo Quinn Sullivan and Paxten Aaronson each found the back of the net for the Americans in what was another promising exercise for this young group of players. Sullivan was one of several MLS players to start in Saturday’s match, including Caden Clark, Obed Vargas, and Brian Gutierrez.

The two teams played out a draw in the 90-minute friendly as the latest match before summer invovlvement elsewhere. Several European stars were in attendance on the Argentina sidelines including Messi, Mascherano, Angel Di Maria, and Leandro Paredes.

The USMNT U-20’s close out its camp in Argentina on March 29 against Argentinian top-flight side River Plate.