Who will, and who should start for the USMNT vs. Panama? 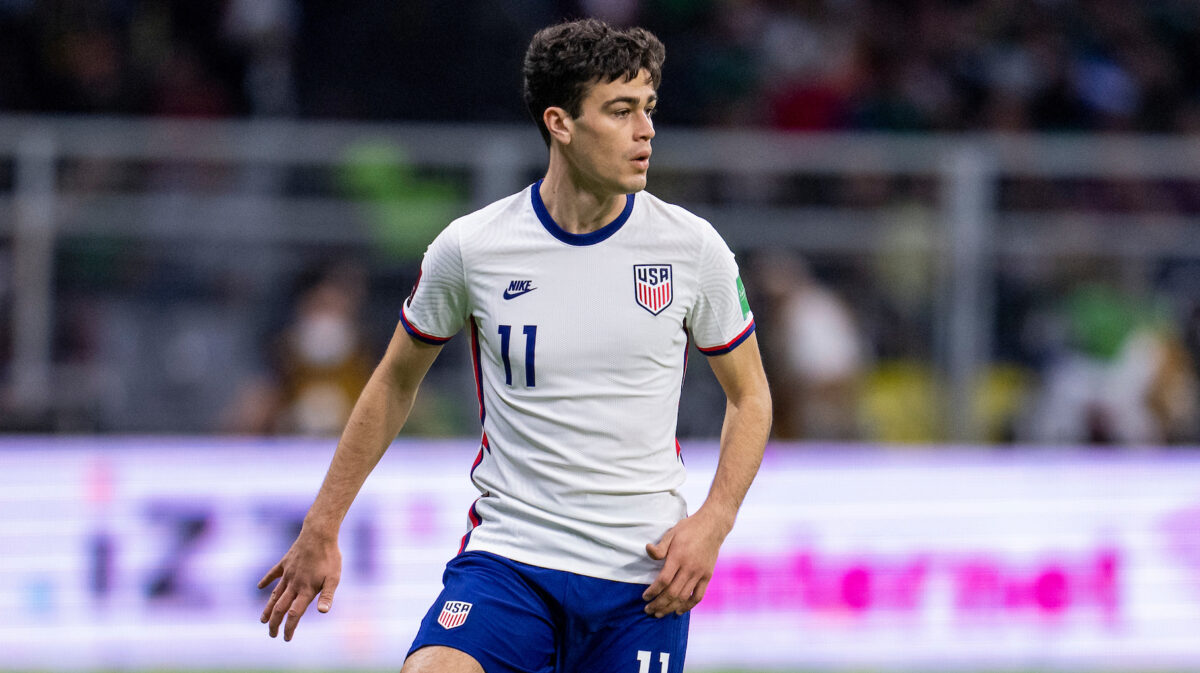 The considerable depth the current U.S. men’s national team player pool boasts is being pushed to its limits heading into Sunday’s World Cup qualifier against Panama in Orlando.

Weston McKennie, Sergiño Dest, Brenden Aaronson, Chris Richards and Matt Turner missed the March qualifiers to begin with, and now add suspended Tim Weah and DeAndre Yedlin, along with COVID sidelined Reggie Cannon, and you can see how Gregg Berhalter’s options are limited heading into the match against Panama.

The good news is Gio Reyna looks like he’s ready to take on a bigger role after his dazzling cameo against Mexico. The not-so-good news is that neither of the strikers Berhalter deployed on Thursday at the Estadio Azteca did much to secure a starting spot up top in the American attack.

The biggest concern could be at right back, where Covid knocked Reggie Cannon out of consideration while yellow cards have Yedlin serving a suspension, which could force Shaq Moore to go from not even being on the initial roster to starting in the biggest match of the year.

With all that in mind, here is a look at the lineup we can see Berhalter deploying against Panama, and the lineup he should consider starting for the match that could clinch a World Cup berth for the USMNT:

Who should start: Zack Steffen

Steffen was solid against Mexico and will stay in the lineup against Panama.

Berhalter appeared to offer plenty of evidence for which way he will go at right back. Panama’s wingers provide dangerous service, so defensive solidity on the flank is important. That will make going with a patchwork option like James Sands or Kellyn Acosta wouldn’t be the way to go.

Shaq Moore is a solid defender and matches up well with Panama, and while there will be plenty of complaints about why he got the call instead of Joe Scally, the fact remains Moore secured his spot on the depth chart with a strong showing in last summer’s Gold Cup.

Centerback should stay the same after Walker Zimmerman and Miles Robinson turned in solid shifts. If fatigue is a concern for either then Aaron Long should get the nod.

Left back continues to be Antonee Robinson’s spot.

Can the same exact midfield that battled at the Azteca on Thursday really turn around all start again vs. Panama, or will Berhalter consider inserting fresh legs? It will likely come down to how their bodies respond after the Mexico trip, and if any of the three incumbents can’t go then it will be either Gianluca Busio or Luca De La Torre who would be the most likely candidates to step in.

De La Torre showed well in the win against Honduras in February, but he may not have gotten that chance if Busio hadn’t missed the January-February window due to Covid. Busio is back and has the attacking quality in his all-around game to be an impact player against Panama.

Ricardo Pepi endured a forgettable 60-minute shift as the starter against Mexico, while Jordan Pefok had a miss that he and USMNT fans will remember for a long time. Does Berhalter ignore either of those and go with a more traditional striker, or does he give Jesus Ferreira his chance to build on his impressive form in MLS?

Berhalter mentioned Pefok as a strong candidate to start against Panama, but did that before he watched Pefok’s shank. Will Berhalter give the Young Boys striker another chance, or hand the keys to Ferreira? Berhalter loves a redemption story, so don’t be shocked if he gives Pefok a chance to atone for the Aztec miss.

Berhalter mentioned Pepi as also being in contention to start again at striker but it’s just tough to imagine that happening.

Will Gio Reyna start? After his stellar 30-minute display against Mexico it would be very tough to leave him out of the lineup on Sunday. Rather than bringing him off the bench, Berhalter could be looking to start Reyna and hoping he can give the Americans a good lead before an early exit to protect him in his return to action following his six-month injury layoff.

And if Reyna doesn’t start? With Tim Weah suspended, Paul Arriola would make sense as the next in line to start. He has the experience, and would be a good fit to play along his club teammate Ferreira. The two have quickly established a good working relationship in Dallas.

What do you think of our projected lineup? Would you go with our projected XI or the SBI preferred XI? Who would you start at striker?