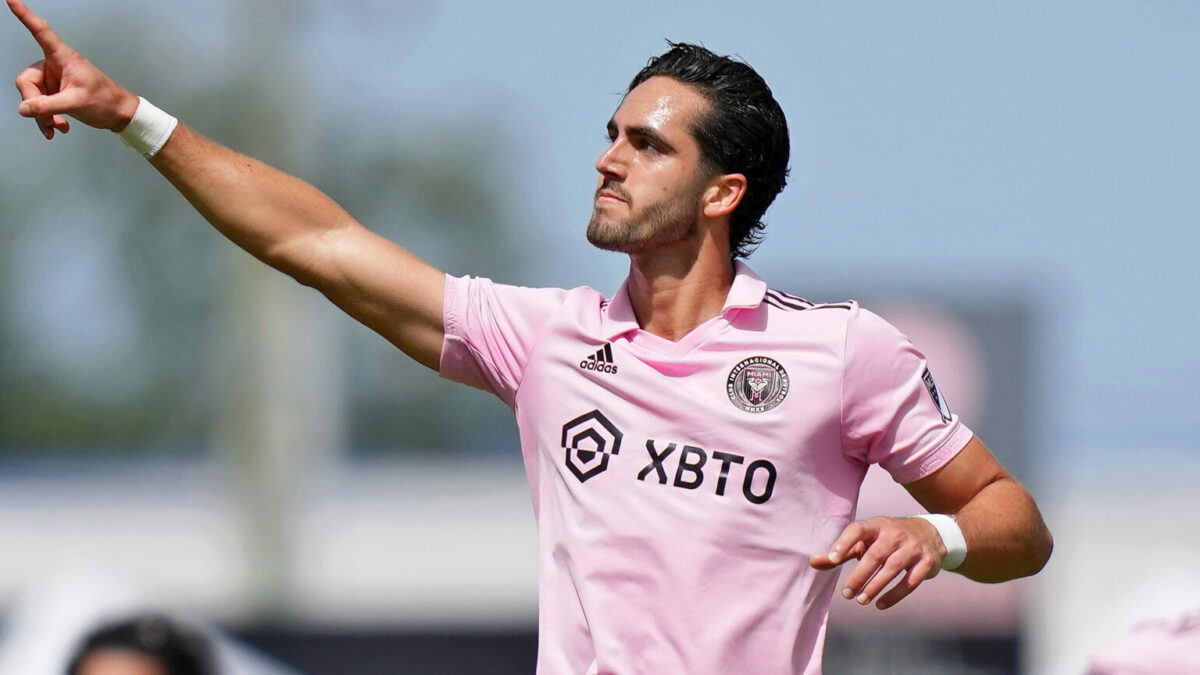 Several MLS clubs earned important victories in Week 6 play of the new regular season and couldn’t have been done if not for the rising impact of young talents within their squad.

Leonardo Campana stole the show for Inter Miami on Saturday, scoring his first-career MLS hat trick in an important 3-2 home win over the New England Revolution. Campana led the line for Phil Neville’s side at DRV PNK Stadium and did not disappoint, helping Inter Miami earn a first victory of the new season.

Kosi Thompson’s second MLS start went just as well as his first, with the Canadian midfielder scoring in back-to-back matches for Toronto FC. The 19-year-old was joined by fellow Canadian Jayden Nelson on the scoresheet as TFC picked up a 2-2 draw with Real Salt Lake in Utah.

Alan Velasco, Nathan Harriel, and Sebastian Berhalter also started for their respective clubs and left the field on a positive note as the early stages of their seasons continue.

Here is a closer look at the top performances from MLS young players in Week 6:

Inter Miami needed someone to spark the Eastern Conference club to its first win of 2022 and Leonardo Campana showed he can play that role going forward.

Campana scored all three goals for Phil Neville’s side in a 3-2 victory over the New England Revolution, propelling Inter Miami to a needed win. The 21-year-old forward delivered goals with his head, left foot, and right foot, showing he can fill in for star striker Gonzalo Higuain.

Campana’s last-gasp finish in the 88th minute truly capped off a strong day for the young attacker and hopefully won’t be the last Inter Miami fans see of him this season.

Kosi Thompson has started in each of Toronto FC’s last two matches and has rewarded Bob Bradley in a big way.

The 19-year-old played 57 minutes in a 2-2 draw with Real Salt Lake, showing his eye for goal in the ninth minute. Jacob Shaffelburg’s cross was gathered by Thompson, before the young midfielder hit a low drive into the bottom-left corner. He also won three of seven duels in the match and complete done dribble before being replaced in the early stages of the second half.

Nathan Harriel has continued to impress in the Philadelphia Union’s backline and Saturday’s performance was just the latest strong outing for the young right back.

Harriel logged his latest 90 minutes in Saturday’s 1-0 triumph over the Columbus Crew, helping Jim Curtin’s side post a fourth-straight clean sheet. The 20-year-old won three of his five duels, made four clearances, and two interceptions, helping keep Derrick Etienne Jr. under wraps for the match.

Jesus Ferreira and Brandon Servania might have gotten the headlines for FC Dallas in Saturday’s 3-1 victory over the Colorado Rapids, but 19-year-old Alan Velasco also impressed in his latest start.

The Argentine winger assisted once in the victory, continuing to make an impact in Nico Estevez’s starting lineup. Velasco set up Servania’s long-range finish in first-half stoppage time and remained a thorn in the Rapids side all night long.

Velasco now has one goal and two assists in four league appearances in 2022, showing a great connection with his fellow attackers.

The Vancouver Whitecaps fell short against the Portland Timbers on Saturday night at BC Place, but Vanni Sartini will be pleased with the continued performances of Sebastian Berhalter.

Berhalter earned his third-straight start for the Canadian club, logging 90 minutes in a 3-2 defeat to the Timbers. The 20-year-old registered one shot on goal, completed one dribble, won his only tackle attempt, and also completed 53 of his 66 passes.

Berhalter is still seeking his first goal or assist in 2022, but won’t have to wait long if he continues to deliver strong outings for the Whitecaps.

Who impressed you this week among the MLS Young Players? Is there anyone that you feel deserves to be on this list?