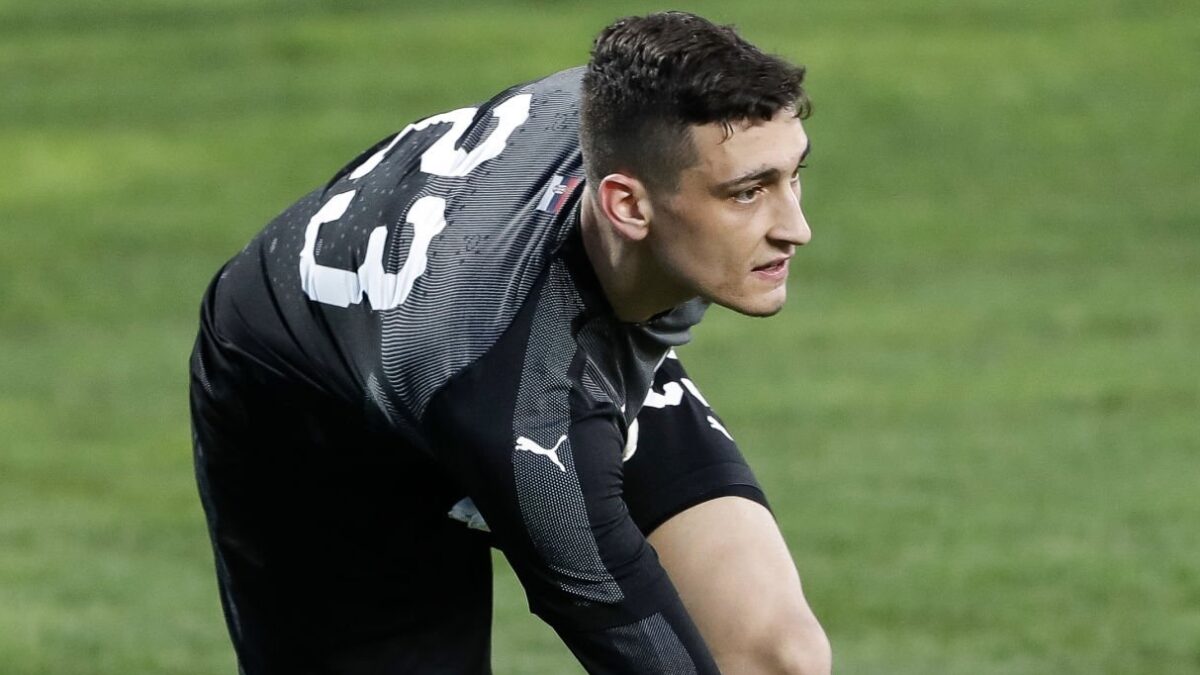 The New England Revolution will lose Matt Turner this summer, but looks to have filled that void ahead of the American’s departure.

“Djordje is a welcomed addition to our roster. He is a young goalkeeper with excellent physical qualities and potential,” Revolution Sporting Director and Head Coach Bruce Arena said. “His play in the Serbian SuperLiga has been impressive, and we feel he has a great future with our club.”

Petrovic has played in 86 games for FK Cukaricki to date, totaling 33 clean sheets and a 0.99 goals-against-average. He has also appeared in the UEFA Europa Conference League qualifying round, in addition to his time in the Serbian top division.

Petrovic made his senior international debut for Serbia in January 2021, keeping a clean sheet in a friendly against the Dominican Republic.

He will join Turner, Earl Edwards Jr. and Brad Knighton in the Revs goalkeeping corps.

Jaylin Lindsey has played every minute for expansion side Charlotte FC this season and has been rewarded with a new contract.

Lindsey signed a new contract with Charlotte FC through 2024 which includes a club option for 2025. The Charlotte-native was acquired from Sporting Kansas City in December 2021 for $100,000 in General Allocation Money.

Up to an additional $225,000 GAM will go to SKC if certain performance-based incentives are met by Lindsey and a 15% sell-on fee is due to the Western Conference club for any future transfer.

“We’re delighted to sign Jaylin to a new long-term contract and we’re happy with his performances for us so far this season. We’ve continually said that we are not just building our roster for the 2022 season, but we want to also have a sustainable, competitive Club for the years ahead and signing young, talented players like Jaylin to long-term contracts is a big part of that plan,” said Sporting Director Zoran Krneta. “Jaylin just turned 22 and will be an important part of our core group of players for many seasons to come. He has undoubtedly earned this new contract and we look forward to seeing him continue his development at his hometown Club.”

Brault-Guillard’s new deal will take him through the 2023 MLS season, and also includes club options for 2024 and 2025. The 23-year-old has appeared in eight matches this season across all competitions, scoring one goal.

“After having seen Zachary log many minutes last season, which was new to him, the club sought to find a way to keep him with us longer,” sporting director Olivier Renard said in a release. “We are pleased that he chose to accept these additional option years so he may continue his development in Montréal.”

Charlotte FC signs McNeill, loans him to USL side

Charlotte FC added a new face to its roster for the future, signing midfielder Quinn McNeill to a one-year contract.

McNeill’s contract also includes options for 2023-25, but first he will spend this season with USL side Charlotte Independence. Charlotte FC holds the option to recall McNeill at any point this season.

“Quinn joined us for part of preseason and really impressed in the training sessions, so we’re delighted to sign him to his first professional contract. It’s important for him to get minutes as he continues to develop as a player and we’re thankful to the Independence for taking him on loan for the season,” sporting director Zoran Krneta said in a release.

A South Carolina native, McNeill joins the Eastern Conference club after playing for Clemson University. In 2021, he registered four goals and four assists in 22 matches as the Tigers won the Division I NCAA national championship.