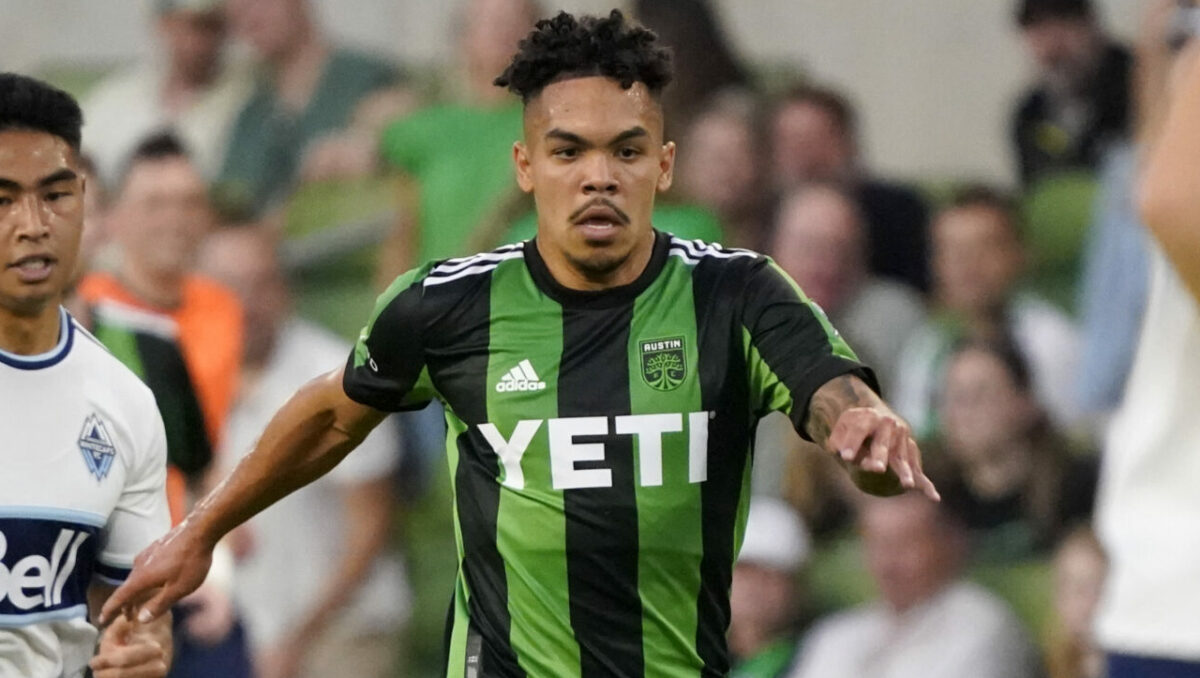 As the MLS regular season schedule pushes forward, so has the continued growth for several young players throughout the league.

Daniel Pereira delivered his best performance for Austin FC on Saturday, logging a strong 90 minutes in a 3-0 home win over the Vancouver Whitecaps. The 2021 No. 1 overall MLS Draft pick by Josh Wolff’s side has continued to play a key role in the early stages of the current regular season.

Thiago Andrade scored once and assisted once as New York City FC hung on for a 5-4 home victory over Toronto FC. The Brazilian forward now has four league goals in seven appearances this season, continuing to gel with Valentin Castellanos, Talles Magno, and others in attack.

John Tolkin, Aidan Morris, and DeAndre Kerr all impressed for their respective clubs despite not all three ending up on the winning end of this past weekend’s matches.

Here is a closer look at the top performances from MLS young players in Week 8:

Daniel Pereira jumped right into the plans with Austin FC during his rookie campaign in 2021 and that confidence has carried over into the new MLS season.

The 21-year-old also completed 92% of his passes in midfield, while covering a lot of ground for Austin FC’s attacking threats to create chances.

Valentin Castellanos garners a lot of attention in the NYCFC attacking corps, but Thiago Andrade is starting to pick up steam in 2022.

The Brazilian forward scored once and assisted once as Ronny Deila’s men defeated Toronto FC 5-4 at Citi Field. Thiago registered two shots on goal, made six recoveries, and also called his own number for NYCFC’s first goal of a busy second-half.

With Castellanos continuing to face added pressure from opposing defenders, Thiago’s role should increase as the season pushes forward.

There are not many young fullbacks starting regularly in MLS, but John Tolkin continues to be one of them for the New York Red Bulls.

The 19-year-old Tolkin delivered a strong shift on Sunday as Gerhard Struber’s side defeated Orlando City 3-0 at Exploria Stadium. Tolkin won one of his two duels, made two clearances, seven recoveries, and also made two interceptions.

Tolkin has played in 720 minutes for the Red Bulls so far, showing the faith that Struber has in him once again this season.

Aidan Morris earned his first start of 2022 and did not disappoint in the Columbus Crew’s scoreless draw with Sporting KC.

Morris started alongside Darlington Nagbe and Artur in the heart of Caleb Porter’s midfield, being impactful from the opening whistle. The 20-year-old won five of 13 duels, made four interceptions, two tackles, and also completed 39 of his 43 passing attempts (91%).

Morris has worked his way back to full fitness from a serious knee injury in 2021 and doesn’t show any signs of relinquishing his place in the Crew starting lineup.

DeAndre Kerr has been pushing for more minutes in Bob Bradley’s Toronto FC attack this season and the 19-year-old might just receive more after a strong cameo in Sunday’s loss to NYCFC.

Kerr scored his first-career MLS goal in the 5-4 defeat, coming off of the bench and helping TFC stir up late drama at Citi Field. Kerr’s header in the 86th minute showed off his awarness in the box and gave TFC a late lifeline in the final moments of the match.

Who impressed you this week among the MLS Young Players? Is there anyone that you feel deserves to be on this list?