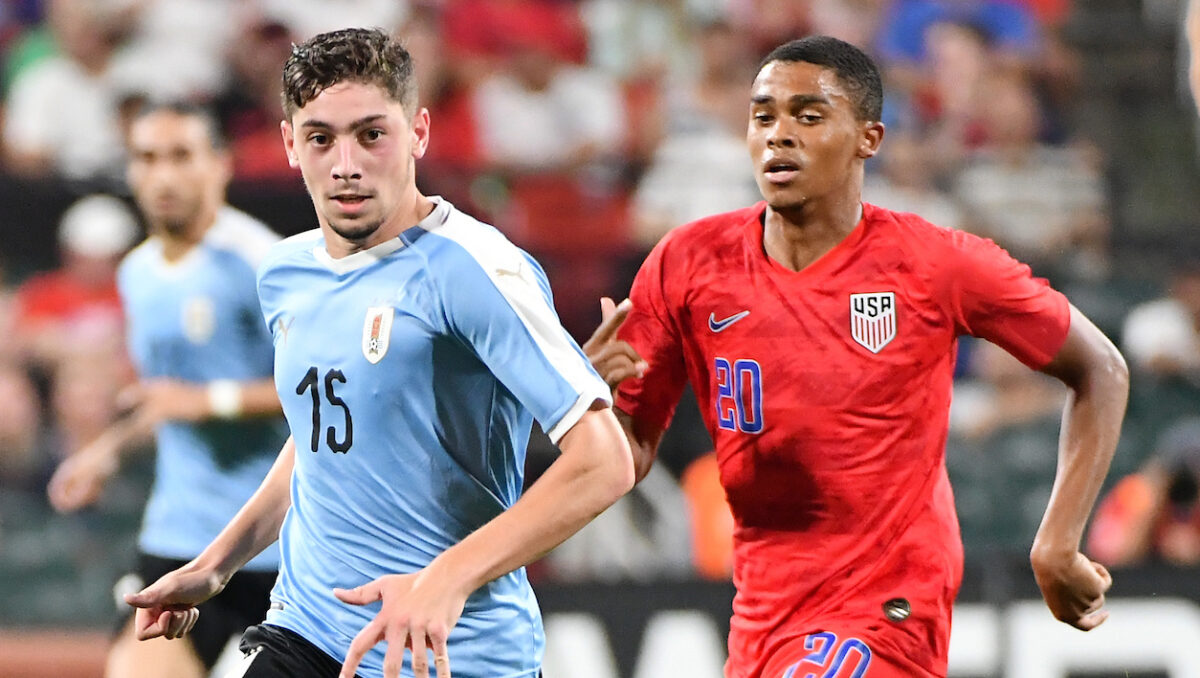 The U.S. men’s national team is hoping to schedule two friendlies this June as preparation for the 2022 FIFA World Cup and one opponent will reportedly come from South America.

Uruguay is set to face both the USMNT and Mexico in June friendlies, ESPN Uruguay reported Tuesday. President of the Uruguayan Football Association Ignacio Alonso confirmed the talks between the three federations on A Fondo, a Uruguayan radio program.

“The steps to have a game in North America are advanced,” Alonso said. “The idea is to have two and it is possible to have a third match in Uruguay if we take good advantage of the dates that this instance has at the end of May and the beginning of June.”

Uruguay is in a similar situation as the USMNT after also qualifying for the World Cup in Qatar. Both national teams will be pushing for matches in the June and September international windows to serve as preparation.

The USMNT will already face both El Salvador and Grenada during the June window as part of the Concacaf Nations League group stage. Should the USMNT face off with Uruguay, it will be the seventh all-time meeting between the two nations and the first since a 1-1 friendly draw back in 2019.

“We know that we will have two matches in the Nations League and we are also trying to get two additional matches in June as added preparation for the team,” Berhalter said in a conference call after qualifying for the World Cup. “In the September window, we are pushing for two matches in Europe, but that is not finalized or anything yet. We want to be able to test ourselves against some teams that we haven’t seen a lot of in the past.”

The USMNT was paired with England, Iran, and a European playoff winner in last Friday’s World Cup group stage draw. Scotland, Ukraine, or Wales will be the final team in the USMNT’s group after the European playoffs have been determined.