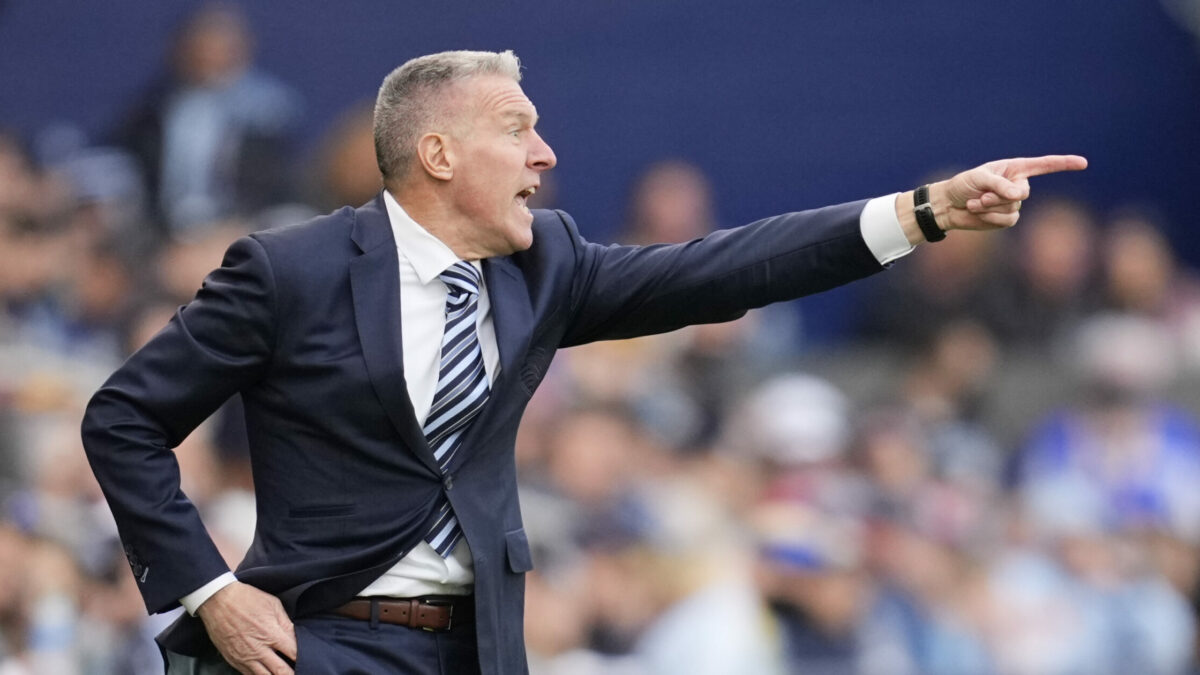 A battle between two of the most heavily struggled attacks in MLS Saturday night left Sporting Kansas City feeling it should have taken more from a 0-0 draw against the Columbus Crew.

In the 42nd minute, Sporting KC midfielder Remi Walter raced toward a ball that bounced near the endline. Crew defender Pedro Santos knocked Walter as he tried to reach the ball, taking both players down.

Center referee Fotis Bazakos called a goal kick on the play and was not alerted by the Video Assistant Referee to take a closer look. The ball seemed to be within Walter’s reach, but Bazakos may have ruled that the ball had bounced too far out of Walter’s reach regardless of Santos’ contact, or that Walter dived.

After the game, Sporting KC coach Peter Vermes was adamant that a penalty should have been called, and that Bazakos should have reviewed the play. The possible missed call spoiled a strong defensive showing from Sporting KC, despite even worsening injury trouble for the club.

“He did not dive. No chance. When I say it doesn’t get reviewed, what I mean by that I’m not saying that the VAR person did not review it. What I’m saying is the fact that they didn’t bring the referee over to have a look at it for him to make his final decision, I think there’s a flaw in that. Because, if I’m a referee, I want to see that…It’s so simple to me. I don’t understand. I can’t understand it. So yes, it should have been a penalty.”

Sporting KC is off to its worst start since the club’s rebrand in 2011 — a year which included a 10-game road stretch to start the season. The club’s attack continues to struggle, with a Western Conference-low six goals in seven games, but the back line seemed to step up to a challenge Saturday night. All seven points won by Sporting KC have been earned in shutouts this season.

Earlier in the week, Vermes spoke critically of his team’s back line, saying there needed to be an improvement in toughness and mentality. He replaced centerback Andreu Fontas with Kortne Ford for Saturday’s game, and the adjustment saw a more tenacious back line that held the Crew to only one shot on goal.

However, an already difficult injury situation became worse in just the 5th minute. Nicolas Isimat-Mirin left the match because of a head collision that left him bleeding and heading into concussion protocol.

Robert Voloder, who made his Sporting KC debut the match before, stepped in and played the rest of the match.

“He did a really good job,” Vermes said about Voloder. “The two of them played very well in the back. Kortne was really good in the air. He makes a great saving clearance that’s right basically on the line. That guy is tapping it in if he’s not there. He’s got a good mentality to defend the goal. Both of those guys did a really good job. Again, there’s not much more you can ask for. They got a shutout.”

Sporting KC moves on to face FC Dallas at home next Saturday. The Crew, seeking their first win since March 12, will host D.C. United Saturday.