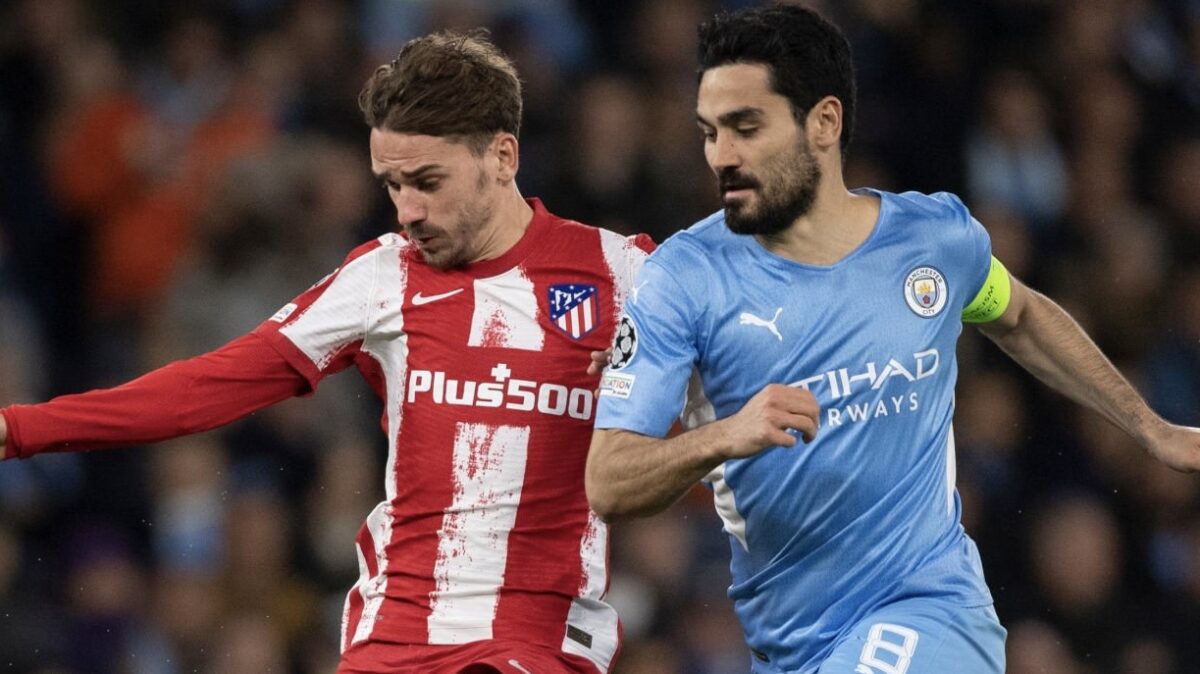 The UEFA Champions League field will be reduced to four on Wednesday with the quarterfinal round coming to a close this week.

Manchester City holds a 1-0 aggregate led over Atletico Madrid heading into Wednesday’s second leg at the Wando Metropoliano. Pep Guardiola’s side defeated their La Liga opponents in last week’s first leg in Manchester, using a late winner from Kevin De Bruyne to give them a slight advantage. Atletico Madrid suffered a disappointing 1-0 league loss to Mallorca on Saturday and will need to show a short memory to remain in the UCL this season.

Real Madrid is 90 minutes away from eliminating defending UCL winners Chelsea from the competition after rolling to a 3-1 first leg win last week. Karim Benzema stole the show with a hat trick at Stamford Bridge, continuing a sensational season for the French forward in all competitions. Chelsea rebounded with a 6-0 league win over Southampton on Saturday with four different players getting on the scoresheet. Thomas Tuchel’s men will need a similar showing to avoid a quarterfinal exit from the competition.

Atletico Madrid returns home this week for a second leg showdown with Manchester City, and needs to offer anything in attack to stay alive in the competition.

Diego Simeone’s side failed to register a single shot on goal in the first leg defeat at the Etihad Stadium and followed that up by failing to score in league play against Mallorca. There will be no shortage of attacking talent in Atletico’s roster with Joao Felix, Luis Suarez, and Antoine Griezmann all available, and with the home faithful behind them, the players will be eager to turn things around and eliminate one of the tournament favorites.

Manchester City grinded its way to a first leg with in Manchester last week and followed that up by tying Liverpool 2-2 in Premier League action on Sunday. Kevin De Bruyne and Gabriel Jesus both contributed goals in the league draw, giving Pep Guardiola plenty to think about in terms of picking his starting lineup.

Chelsea’s quest to repeat as Champions League winners could come to an end this week unless the EPL side pulls off a comeback in Madrid on Tuesday.

Thomas Tuchel’s side failed to cope with Karim Benzema in London last week and now need to try and silence the in-form striker to have any chance to advancing this week. The Blues rebounded from a first leg loss by rolling past Southampton 6-0 in league play on Saturday as Mason Mount and Timo Werner both contributed braces. Werner and Mount could headline the attack this week after strong individual outings at St. Mary’s Stadium on Saturday.

Real Madrid continued its push for the La Liga title on Saturday with a 2-0 win over Getafe. Casemiro and Lucas Vazquez both contributed goals in the win and now the focus turns to advancing into the UCL semifinals this week. Los Blancos will be favored to get the job done on Tuesday, which would exact revenge for Chelsea eliminating them in last season’s semifinal round.

Liverpool is sitting pretty returning to Anfield this week after earning a 3-1 first leg win in Portugal last week. Jurgen Klopp’s side will now focus on advancing into the semifinal round after avoiding defeat in Manchester on Sunday afternoon. Sadio Mane and Diogo Jota both scored goals at the Etihad Stadium and have been two of Liverpool’s in-form attackers throughout 2022.

Benfica gave itself a slim chance after scoring once at home last week, but needs a miracle to avoid elimination on Merseyside this Wednesday. Darwin Nunez remains Benfica’s best attacking threat and will be relied on to deliver in the attacking third this week. Nicolas Otamendi and Jan Vertonghen return to English soil after spending hefty parts of their careers in the Premier League.

Bayern Munich faces off with Villarreal on Tuesday needing a second leg win to avoid an embarrassing exit in the quarterfinal round. Julian Nagelsmann’s side failed to score in Spain last week, but will be favored to turn things around at the Allianz Arena this week. Robert Lewandowski’s late penalty kick goal helped the Bavarian giants pick up three points in Bundesliga action on Saturday. Bayern will be hoping the Polish international can carry the load this week and propel the Bundesliga leaders into the final four.

Villarreal easily could’ve scored more against Bayern Munich in the first leg, but will be happy heading into Tuesday’s return leg in Germany. Arnaut Danjuma headlines a dynamic Villarreal attack while defensively the La Liga side has only conceded three goals in its last five matches across all competitions. Danjuma will be the main man in attack, while Dani Parejo and Francis Coquelin put in a lot of strong work in midfield.