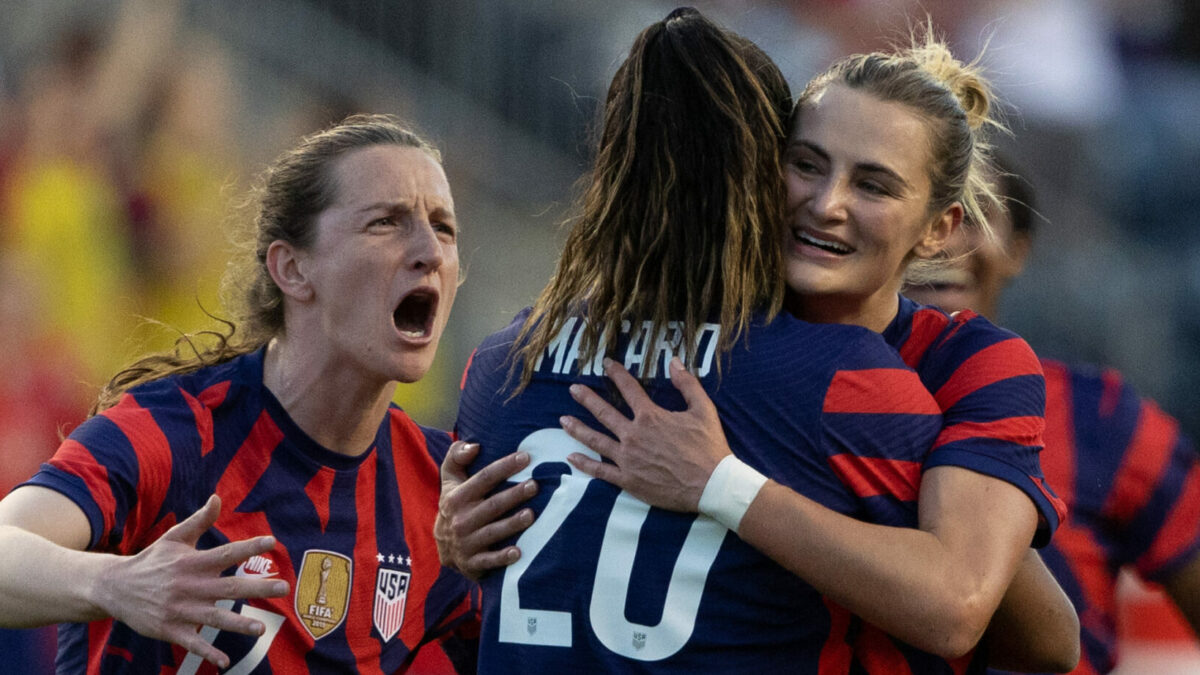 The U.S. women’s national team capped off its two-match schedule against Uzbekistan in the perfect way on Tuesday night, rolling to another dominant performance on home soil at Subaru Park.

Catarina Macario and Rose Lavelle each registered braces in a 9-0 friendly victory, giving Vlatko Andonovski and his players a fourth-consecutive win in 2022. The Americans outscored Uzbekistan 18-1 over the two friendlies played, with ten different players contributing goals in the latest pair of exercises.

It was a fast start for the USWNT as Lavelle’s cross into the box deflected into the Uzbekistan net by goalkeeper Kamila Zaripova. The opening goal was only an example of more to come for the Americans, which continued to keep their foot on the gas in the first half.

Macario doubled the USWNT’s lead in the 12th minute, curling home a beautifully-placed free kick off of the right post and in. It was Macario’s second goal during this friendly set against Uzbekistan, continuing a strong calendar year for club and country.

Lavelle continued the busy half for the USWNT, scoring a pair of goals in a two-minute span between the 25th and 27th minutes. The veteran midfielder’s original shot in the 25th minute was saved by Zaripova, but Lavelle chipped home the rebound into the back of the net.

Lavelle’s second goal of the match came off an Uzbekistan turnover inside of its side of the field. The Ohio-based midfielder cut onto her right foot at the top of the box, before curling a shot off of the post and in.

Macario capped the first-half score at 6-0, turning inside of the box after holding off an Uzbekistan defender and hitting a low drive into the bottom-left corner.

Trinity Rodman entered the fray at halftime and delivered her first USWNT goal in style to continue an impressive night. Rodman received possession at the top of the Uzbekistan box and beat Zaripova to the bottom-left corner after hitting a confident strike past the 23-year-old.

Midge Purce and Ashley Sanchez added late tallies for the USWNT, capping off a second-straight dominant performance for the Americans.

A total of 17 players got valuable playing time under their belts on Tuesday night as the USWNT extended its unbeaten run to 12 matches in all competitions.

The USWNT’s next competitive matches will take place at the Concacaf World Cup Qualifying Tournament in Mexico this July. However, it remains to be seen if the Americans will add any more friendlies before the group stage of the qualifying tournament begins this summer.