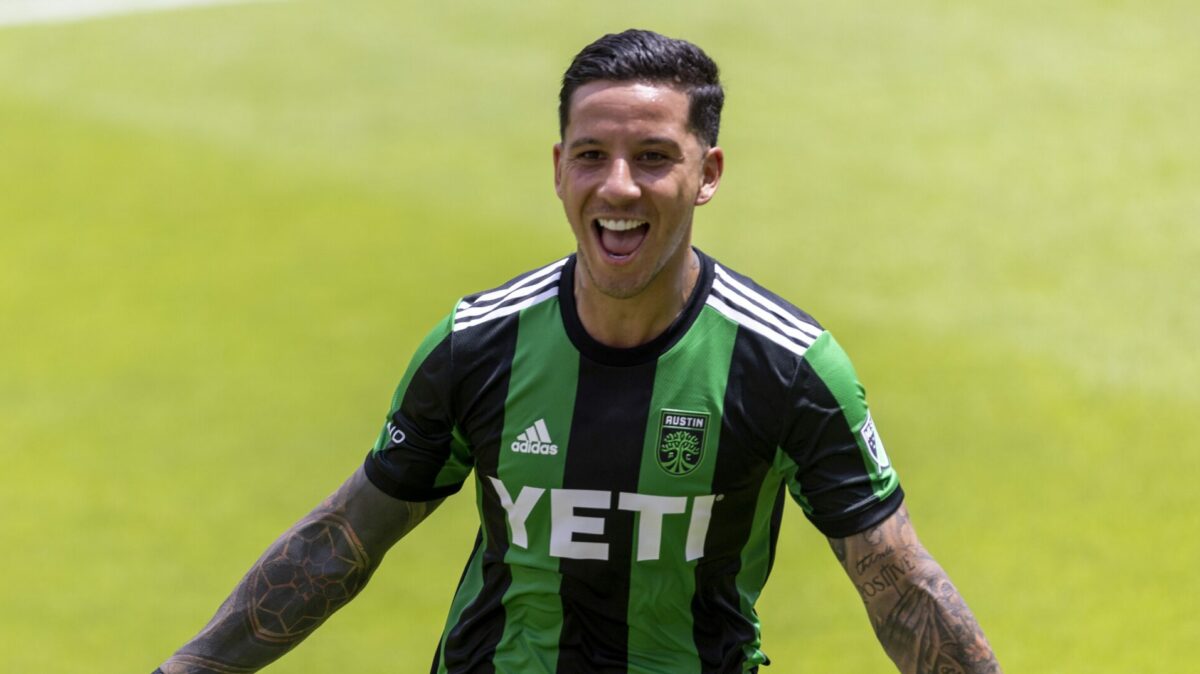 An excellent performance from Austin FC, two goals in a come-from-behind win away from home for the Red Bulls’ Patryk Klimala and an audacious goal from extremely long range by the Houston Dynamo’s Sebastian Ferreira are highlights of Week 9 in MLS action.

The New York Red Bulls braved difficult conditions and one of the league’s strongest back lines this week, earning a win thanks to Patryk Klimala’s brace. Klimala converted a penalty kick and the Red Bulls tied their club record for a road winning streak at five games.

Here is a look back at the Best of MLS from Week 9.

Patryk Klimala entered the Red Bulls’ road match at halftime looking to erase a 1-0 deficit. Klimala did exactly that, scoring in the 75th minute to equalize and adding a penalty kick goal in the first minute of stoppage time to lift the Red Bulls to three games unbeaten. The Red Bulls are also the first MLS team since the 1998 Galaxy to start the season winning their first five road games.

A scoring drought in recent matches led Red Bulls coach Gerhard Struber to shift Klimala to a super-sub role in the past three matches. Klimala may have earned the starting spot with his performance in Chicago. The Red Bulls also braved a long weather delay and a waterlogged pitch when the match restarted.

The Polish striker is enjoying a positive start to the season, with three goals and three assists. He is on track to surpass his outpot of eight goals in 29 appearances in 2021.

Austin FC is easily the biggest surprise of the 2022 season, and by now it is clear to see that Josh Wolff’s side is not just a flash in the pan. The club lies second to LAFC in the Supporters’ Shield standings and leads the league with 22 goals scored.

Sebastian Driussi extended his stay atop the Golden Boot race with his seventh goal of the season to complete a comeback and earn three points in Houston.

Austin FC is enjoying a total resurgence in their second season as a club. Maxi Urruti and Driussi have combined for 11 goals already. The partnership between Alex Ring and 21-year-old draft pick Daniel Pereira often stops the opposition’s attack before it has the chance to start. Plus, new Ruben Gabrielsen has performed well at centerback.

Paraguayan DP signing Sebastian Ferreira is starting to show he’s worth the investment from the Dynamo. Ferreira caught the attention of everyone this week, scoring from beyond midfield for his second goal in as many games.

In the play just before the goal, Austin FC goalkeeper Andrew Tarbell came way off his line to make a clearance. Tarbell’s clearance was easily intercepted, however, and Ferreira picked up possession. Noticing Tarbell was still way off his line, Ferreira launched a high-arcing shot toward the open net. Tarbell reached the ball, but was powerless to resist it from going into the back of the net.

Ferreira’s continued scoring wasn’t enough to earn the team’s first win since April 9. Austin FC came from behind to win 2-1 and land in second in the Supporters’ Shield standings.

Honorable mention for Goal of the Week goes to Driussi for a curling shot that hit the upper 90 to earn Austin the win. FC Dallas also produced a pair of excellent goals, with Alan Velasco’s outstanding hit from a free kick on the left side of the field and Jesus Ferreira showing off his dribbling skills for his sixth goal of the season.