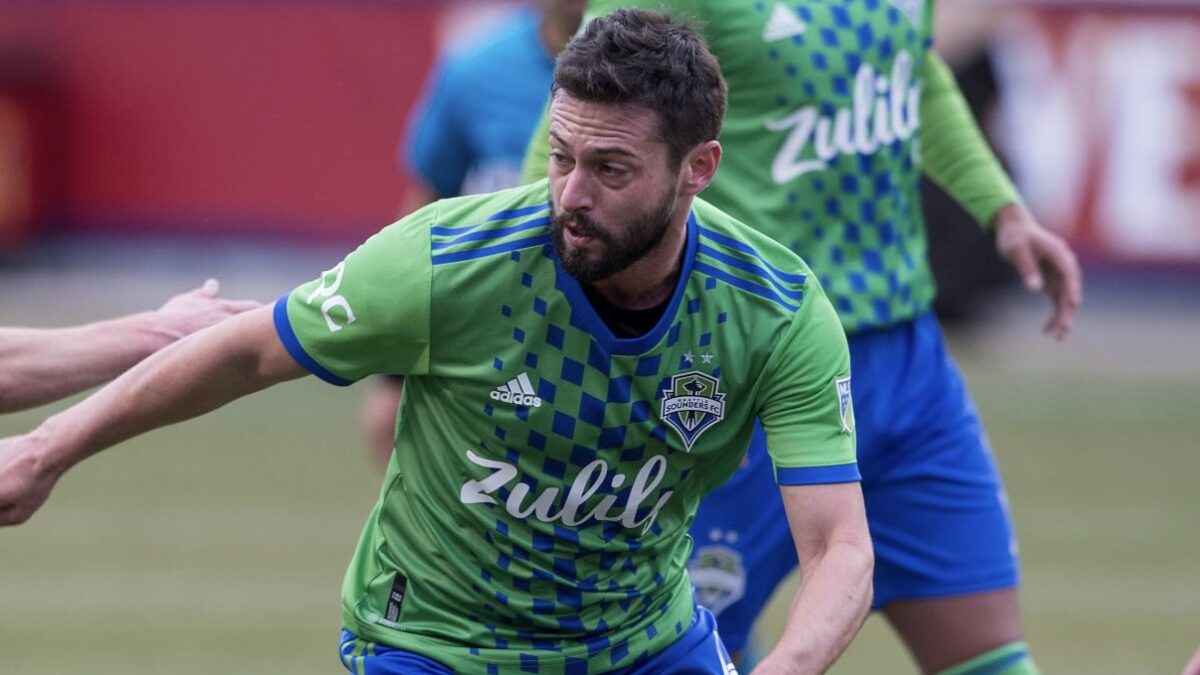 Joao Paulo is a key presence in the Seattle Sounders squad but the Concacaf Champions League winners will be without his services for the remainder of the 2022 schedule.

Paulo suffered a torn ACL in the Sounders’ 3-0 second leg win over Pumas UNAM on Wednesday, Brian Schmetzer confirmed in an interview with 93.3 KJR in Seattle. The 31-year-old was replaced before the half hour mark of Wednesday’s match, joining Nouhou Tolo as one of two Sounders to suffer injuries this week.

Paulo is in his third season with the Sounders after making the move from abroad in 2020. He’s contributed six goals and 17 assists in 61 combined league appearances for the club.

Paulo’s absence will force others to step up in the Sounders midfield with majority of the league schedule left to play. Obed Vargas, Danny Leyva, Josh Atencio, and and Dylan Teves are all young players that could be forced into increased minutes with Paulo sidelined.

The Sounders return to league play on Saturday at FC Dallas.

Indiana Vassilev’s spell with English Premier League side Aston Villa has stalled, but the American forward will have another chance to impress in MLS.

Inter Miami re-acquired Vassilev on loan for the remainder of the MLS season, the club announced Thursday. Vassilev made 21 appearances and scored three goals for the Herons while on loan during the 2021 season.

“We’re very excited to bring Indiana back to Inter Miami. He left a fantastic impression both on and off the pitch last season and we’re thrilled to see him return,” chief soccer officer and sporting director Chris Henderson said in a statement. “We’re always looking to improve and we feel Indiana will help strengthen our options across a number of positions in attack and midfield.”

The 21-year-old most recently played with Aston Villa’s U-23 side, scoring twice and assisting once in five appearances in the PL2 Division.

Vassilev has represented several U.S. youth national teams including the Under-20’s, Under 18’s, and Under-17’s.

Giovanni Savarese bolstered his attacking options for the remainder of the 2022 MLS season.

Nathan Fogaça signed a one-year contract with the Portland Timbers, the club announced Thursday. Fogaça’s contract will run through 2022 and also includes club options for 2023 and 2024.

The 22-year-old first joined Timbers2 on April 22 via transfer from Brazilian side Coritiba. The Brazilian forward posted two 90-minute performances in MLS NEXT Pro, assisting once.

Orlando City added a youthful attacking option for the future in the form or Gaston Gonzalez.

The Argentine forward joined the Lions on a three-year contract via the MLS U-22 Initiative, the club announced. Gonzalez, 20, joins from Club Atlético Unión of Argentina’s Primera División, however will be placed on the season-ending injury list after suffering a serious knee injury in April.

“Following Gastón’s unfortunate injury we were able to restructure our deal for him to join the Club. For us now, Gastón’s recovery is what is most important and we will give him all the necessary resources to come back healthier and stronger,” said EVP of Soccer Operations and General Manager Luiz Muzzi. “Although we are saddened by the circumstances delaying his on-field arrival, injuries are a part of the game and we’re very excited about having him here, his future with us and we look forward to him joining the team when fully healthy.”

John Pulskamp has earned himself a new contract with Sporting KC with hopes of taking the No. 1 job in the future.

SKC signed Pulskamp through the 2025 MLS season, which includes a club option for 2026, the club announced. The 21-year-old made his league debut in 2021 and totaled six appearances in Tim Melia’s absence.

He began his professional career with SKC II in 2019 and previously played for the L.A. Galaxy academy.

Pulskamp has earned one senior call-up to the USMNT, dressing in a 1-0 friendly win over Bosnia and Herzegovina in December 2021.