Projecting the USMNT roster for Nations League and June friendlies 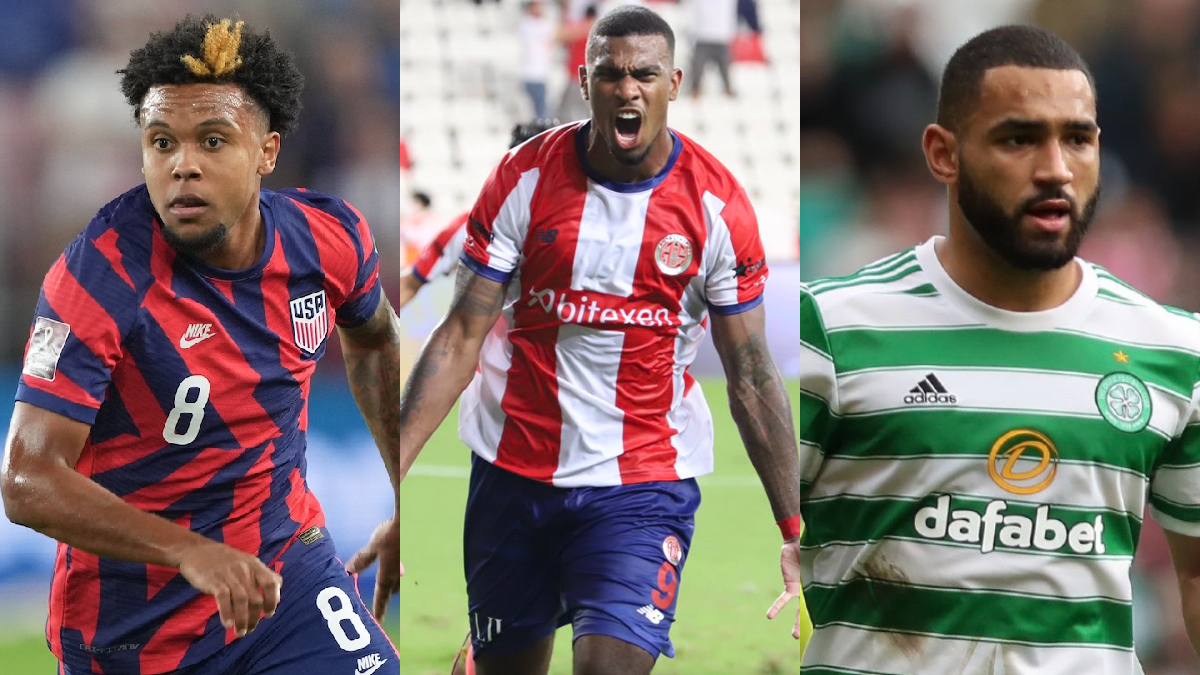 Nearly seven weeks have flown by since the U.S. men’s national team secured its place at the 2022 World Cup, and while it was natural for their to be a chance to rest after the emotionally exhausting road to qualify for the World Cup, it is now time to begin the work of shaping the team that will represent the United States in Qatar.

A busy June, with four matches on the schedule, will give Gregg Berhalter plenty of opportunity to look at new faces, and try out different systems. There are sure to be several regulars absent as they recover from long seasons, or in some cases injuries.

The USMNT squad for June should feature several key stars, but also a healthy number of new faces, with a number of players having put together strong club seasons to propel themselves onto the radar.

What could the squad look like that faces Uruguay, Morocco, Grenada and El Salvador in June? The USMNT will unveil the squad on Friday, but here is a look at potential group we could see, along with the players who could wind up missing the cut:

Steffen and Turner are the top two options in the pool, but concerns continue to grow about the possibility they could both be stuck on the bench for their clubs heading into the World Cup.

Slonina is a player fans will want to see be part of the June squad, but June could be when Slonina joins Poland’s setup to get a feel for what it has to offer. The reality is he wouldn’t be playing in any of the June matches for the USMNT, so having him test the waters with Poland now makes sense timing wise.

Does Berhalter bring in Zimmerman or give him a rest after the heavy lifting he did in World Cup qualifying? The injury to Miles Robinson could put the emphasis on helping Zimmerman get reps with Long and Richards, the two leading candidates to replace Robinson in the lineup.

Antonee Robinson definitely deserves a rest after his workload for club and country, which should give Berhalter a chance to look at some other options at left back. Bello didn’t get as many matches in Germany as he probably would have hoped, but he remains a top prospect at the position.

Sergino Dest is coming off an injury-hit second half of the season at Barcelona and a full rest makes the most sense for him, especially when there are so many fullback options to look at.

Joe Scally enjoyed a solid year with Borussia Moenchengladbach and has earned a long look, though Berhalter could be tempted to bring in veterans like Reggie Cannon and DeAndre Yedlin.

James Sands is an interesting one because if Berhalter is serious about getting a good look at the three-centerback setup then he could want Sands around given how well he fits into that system.

Along the lines of potential options for the three-centerback setup, Berhalter could be tempted to look at some good wingback options, such as Kevin Paredes and Brian Reynolds.

John Brooks remains the odd man out, and with more young options emerging it feels more and more likely we have seen the last of him in a USMNT uniform.

Weston McKennie has worked his way back from the foot injury that cost him a large part of the second half of the European season, while Berhalter will need to weigh how much he wants to use Tyler Adams, or whether it’s a good time to give him a rest.

There are some very intriguing attacking midfield options for Berhalter to consider, and Mihailovic’s play for CF Montreal should earn him a look, and if Sonora is available and open to a call he should also be brought in given how good a season he has enjoyed in Argentina.

That leaves Richie Ledezma as someone who might miss out, though he is a very talented and unique midfield option who just might have the best attacking skill set of the new faces.

Gianluca Busio went straight from the MLS season last summer into the Serie A campaign with Venezia, and proceeded to set a career-high for minutes played, which could make it a good time to give him a rest, though if veterans like Adams and Acosta are left out, then Berhalter could decide its the right time to give Busio some starts.

Pulisic’s light workload with Chelsea should make the run of June matches a reasonable way to conclude his run, but Berhalter will want to look at Aaronson’s workload and consider whether a break might not be a good idea, especially with a potential big move looming for him this summer.

Gio Reyna won’t be included, and that isn’t really a surprise given the nightmare run of injuries he has endured. A full summer off and chance to start fresh heading into the Bundesliga season with Borussia Dortmund is the best thing for the young talent.

Haji Wright has earned a call, and the way he finished up the Turkish season should have USMNT fans excited about the possibility that he takes hold of the wide-open starting striker role. Jesus Ferreira is in good form for FC Dallas, and will head into the camp as the projected starter.

Malik Tillman should be part of the squad, and the word that he has chosen to represent the United States is a big coup for Berhalter and the program, but expecting a lot from him in his first camp probably isn’t that reasonable.

Jordan Pefok’s name is missing, which will surprise some given the career year he just had with Young Boys, but he is coming off a busy club season and right now Ferreira, Wright and Tillman appears more likely to be the trio at striker for these matches.

If Berhalter chooses to give Aaronson and Weah rests, then Jordan Morris and Paul Arriola would be the logical options to replace them.

What do you think of our projected roster? Who made the cut that you are hoping is included? Who did we leave out that you think deserves to be part of the June squad?