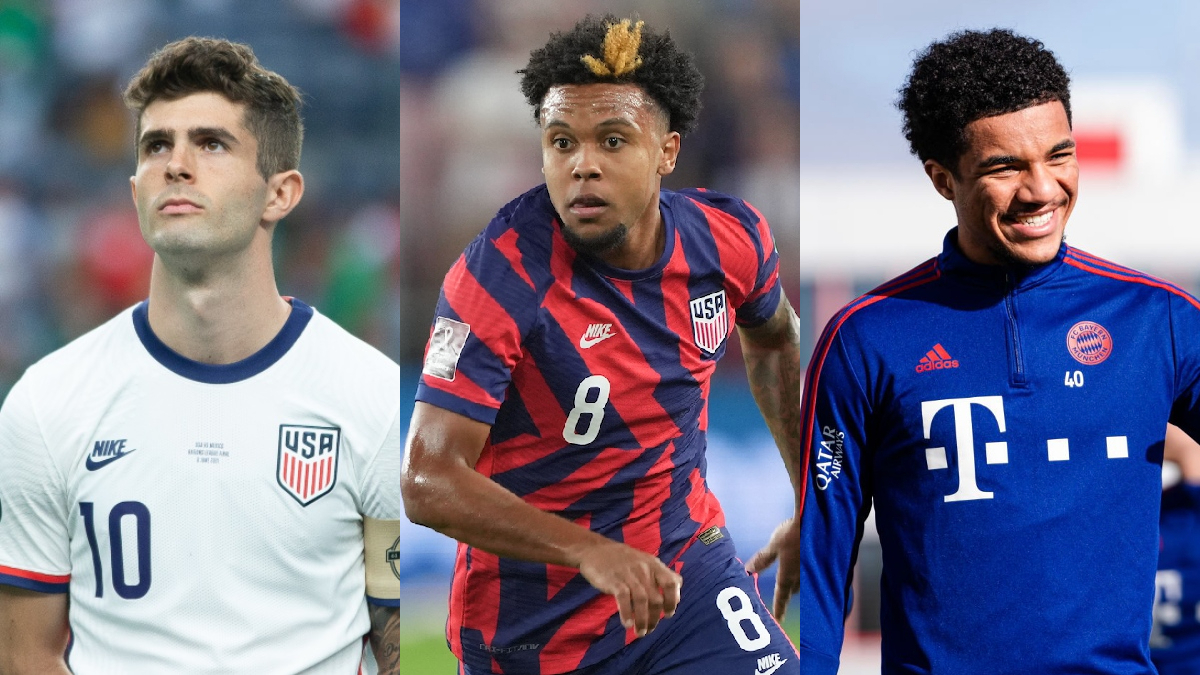 Gregg Berhalter heads into a busy June knowing he has to balance the continued development of the U.S. men’s national team’s nucleus while also take a closer look at some emerging new options and the roster he is calling up for the USMNT’s upcoming matches strikes that balance.

Christian Pulisic and Weston McKennie lead a 27-player squad for the upcoming friendlies and Concacaf Nations League matches in June, and while the group features most of the team’s established regulars, there are some new faces joining the mix.

McKennie returns after being sidelined since February with a broken foot suffered while playing for Juventus. The star midfielder missed the USMNT’s March qualifiers, but has returned to training with the Serie A giants and will be available for the USMNT matches in June.

German-American forward/midfielder Malik Tillman is the lone player being called into his first USMNT camp, and the Bayern Munich youngster joins the group after filing a Change of Association and choosing to represent the United States rather than Germany, which he had recently represented on the U-19 level.

Tillman’s Change of Association application is still being processed, and he won’t be able to play in an official match until the final approval on the change is granted by FIFA.

Haji Wright, Cameron Carter-Vickers and Joe Scally are in the squad after impressive club seasons. All three have taken part in past camps during Berhalter’s time with the USMNT, but the June matches will serve as a prime opportunity for all three to boost their stock in the race for World Cup roster spots.

Among the biggest names missing from the mix are Gio Reyna and Sergiño Dest, who are both coming off injury-hit seasons, and Ricardo Pepi, who has concluded a disappointing first season with Bundesliga side Augsburg that finished with the former FC Dallas striker failing to register a goal.

The injury bug hit the USMNT player pool hard toward the end of the European season, with Jordan Pefok, Chris Richards and Josh Sargent among those still recovering from injuries.

Other players who didn’t make the cut include John Brooks and Gianluca Busio.

The USMNT will return to action on June 1 with a friendly against Morocco at TQL Stadium in Cincinnati before taking on Uruguay on June 5 at Children’s Mercy Park in Kansas City, Kansas. The USMNT then kicks off defense of its Concacaf Nations League title on June 10 with a home match against Grenada in Austin, Texas before going to Central America to take on El Salvador on June 14.

Here is the full 27-player squad for the USMNT friendlies and Concacaf Nations League matches: