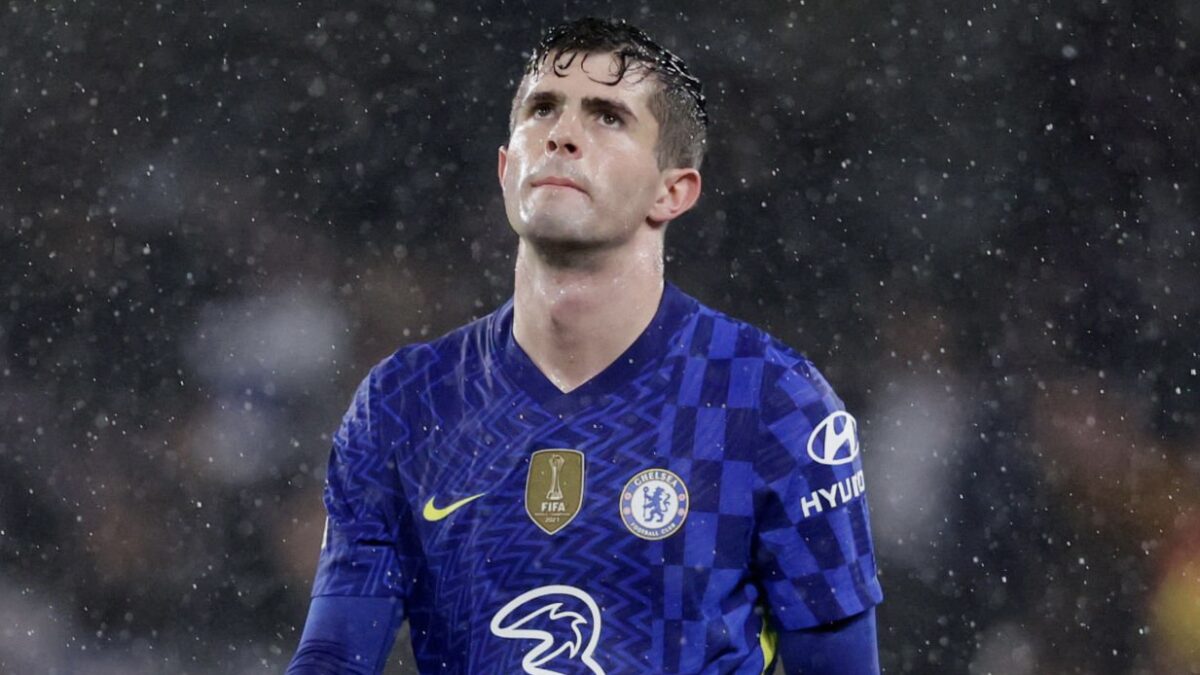 Christian Pulisic’s current situation at Chelsea is a harsh reminder of how dramatically things can change in a year.

In May of 2021, Pulisic was enjoying a UEFA Champions League title, and his future at Chelsea felt comfortable under Thomas Tuchel, the manager who gave him his pro debut at Borussia Dortmund and the man who helped transform the Blues after taking over for Frank Lampard midway through last season.

Fast forward to a year later and Pulisic finds himself stuck on the bench at Chelsea, not for the first time in the past year, and even Chelsea’s recent struggles or Pulisic’s recent game-winning goal off the bench against West Ham have been enough to earn him a return to the starting lineup.

It has been a full month since Pulisic’s last Chelsea start, which came in the first leg of the Champions League series against Real Madrid. Pulisic had a poor showing that day, and has gone seven matches since without starting, and was left as an unused substitute for two of those matches (including a crucial 4-2 loss to Arsenal).

Pulisic looked like he might earn himself a reprieve when he delivered the winner against West Ham, but Tuchel has persisted with using Pulisic in limited minutes off the bench, just 20 minutes in a 1-1 draw with Manchester United and 23 minutes in the stunning 2-0 loss to Chelsea.

The Everton loss was particularly frustrating for how flat Chelsea’s attack looked, and Pulisic’s limited involvement left his father so upset that he took to Twitter to issue a cryptic message lamenting his son’s situation, though he later deleted the tweet.

Pulisic is hardly the only Chelsea player who has found himself on the wrong side of Tuchel’s player management. Romelu Lukaku has been squeezed out of his plans and a summer departure seems inevitable.

Pulisic’s future is a little tougher to read, with Tuchel’s handling of the American star easily construed as him not rating Pulisic. Tuchel has insisted that Pulisic’s drop in playing time was due in part to the negative effects of the most recent international window, and the wear that playing for the U.S. men’s national team and traveling back and forth for World Cup qualifiers put on him.

Tuchel’s true evaluation of Pulisic aside, you have to wonder how much of an appetite there is among potential new Chelsea owners in selling Pulisic. Aside from a marketing gold mine, Pulisic has shown he can deliver goals and assists, and it wasn’t too long ago when he was Chelsea’s best player following the post-pandemic return to action in 2020.

This season has clearly been a disappointing one for Pulisic, who has battled a handful of injury issues while also facing increased competition for playing time. His transfer value is clearly lower than it was a year ago, and Chelsea would be hard-pressed to receive anywhere close to the $70 million they paid for him.

Chelsea’s issues with selling the club — which have hit a fresh hurdle after Roman Abramovich reportedly insisted his loan be repaid as part of the transaction — could also complicate things and force Chelsea to hold on to assets. As things stand, Chelsea is in a holding pattern due to sanctions surrounding Abramovich.

Pulisic is no stranger to fighting for playing time and earning a prominent role under different managers, so it shouldn’t be assumed that he will want to bolt from Stamford Bridge just yet, but a looming World Cup in November could make him at least consider the merits of a move to a club where a more prominent role would be more assured.

There is no shortage of interest in Pulisic, who is the most high-profile American player in the game and heading toward the World Cup later this year, but he is also a quality attacking player who has enjoyed success in the Bundesliga and Premier League.

To his credit, Pulisic has never shied away from a fight for minutes, and he has conquered enough challenges already in his career to lead us to believe he can emerge from his current situation and thrive. That being said, the longer Tuchel leaves him on the bench, the more time Pulisic will have to consider his options, and ponder the possibility that his career might be better served by ending his second go-round with the mercurial German manager.