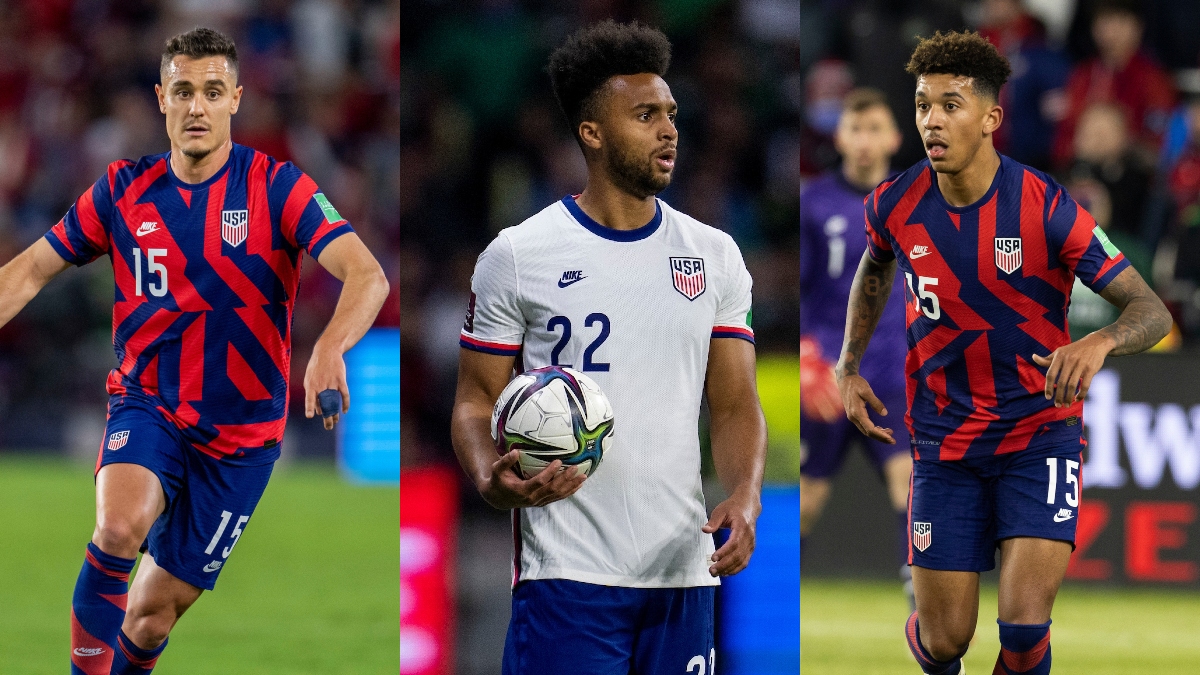 The devastating news arrived on Monday, though it wasn’t exactly a secret after the emotional scenes on Saturday. Miles Robinson underwent surgery on Monday to repair the ruptured Achilles he suffered on Saturday, ending his MLS season and more than likely ruling him out of the FIFA World Cup.

There are six months between Robinson’s surgery on Monday and the start of the World Cup, enough time to at least give Robinson an outside chance of recovering in time to still compete for a place on Gregg Berhalter’s roster in Qatar, but the odds are stacked against him being able to recover in time to make the team, much less be the starter he was projecting to be after his breakout past year with the USMNT.

Losing Robinson is a big blow for Berhalter because of his combination of athleticism, poise and improved passing ability, as well as because of the valuable experience he had earned from last summer’s Gold Cup and the Octagonal Round of World Cup qualifying. He had developed a good partnership with Walker Zimmerman, and the reps they earned together won’t be able to duplicated by anyone else in the pool in the six months between now and the start of the World Cup.

As devastating as the news is, the reality is the USMNT’s centerback position is stacked with promising options, and if you need any convincing that a viable option can emerge, consider that it was exactly a year ago when Aaron Long was the lock starter in central defense for the USMNT when he went down with a torn Achilles. Two months later, Miles Robinson stepped up at the Concacaf Gold Cup and had an MVP-caliber showing, earning himself a starting role in World Cup qualifying in the process.

While there are other positions with much more uncertainty among their USMNT options (striker anybody?), central defender happens to be a spot where it can be argued there are more viable candidates than any other spot on the field.

Who are the players poised to step up and fill the void left by Robinson’s heartbreaking injury? Here are the candidates best positioned to step in:

It would be a full circle situation if Long were to step into the starting role vacated by Robinson’s injury. It was long who had cemented his own starting status when he suffered the same injury exactly one year ago. It effectively sidelined Long for the rest of 2021, but the New York Red Bulls defender has roared back with a vengeance, and has been one of the best defenders in MLS this season.

Long is on the older side among this list of candidates — he turns 30 in October — but he has the experience and skill set to give the USMNT a strong defensive option even if his passing might still not be at the level Berhalter would prefer.

Though he missed a large part of 2022 with a pair of injuries, including one suffered on USMNT duty in January, Richards remains a top prospect at centerback, and a player who boasts a profile that most closely resembles Robinson’s. He has the elite aerial ability and athleticism, and the strength, and is capable of playing on the left side of central defense. Richards is also a more skilled passer than Robinson and most of the other candidates in the centerback picture.

What is working against Richards? He has just eight caps to his name, and he has struggled to stay healthy. The 22-year-old should get the chance to feature in the USMNT’s June matches, and if he can stay healthy over the next six months, he is a good candidate to make the World Cup squad.

Few defenders have boosted their stock more in 2022 than Palmer-Brown, who is thriving at Ligue 1 side Troye, and was rewarded with a call-up for the March USMNT qualifiers. Palmer-Brown is a strong presence and excellent passer, though he isn’t quite the aerial presence Robinson and Richards can be when healthy.

The 25-year-old has shown himself to be durable, and Berhalter liked him enough to put him on the field against Mexico in March.

The outcast might still have a chance to come back after all. Robinson’s injury should benefit Brooks, who is arguably the best natural left-footed central defender in the pool. Berhalter has clear concerns about his lack of lateral quickness, and vulnerability in space, but his experience and unrivaled passing ability should have him closer to the squad than he has been.

Berhalter has insisted that Brooks still has a chance to play himself back into the picture, and Brooks has certainly played well enough for Wolfsburg in recent months to justify a return. All that said, if Brooks doesn’t get a look in June then it might be time to accept that there won’t be a second World Cup for the 2014 World Cup defender.

You can argue that Carter-Vickers is wrapping up the most successful season of any American defender in Europe, with his loan spell at Celtic serving as a true breakout campaign. Carter-Vickers emerged as one of the best defenders in the Scottish League and has a list of English Premier League teams interested in his services this summer.

Gregg Berhalter has gone on record saying he would take a closer look at Carter-Vickers, and while he may not be the aerial presence some others in this group are, he has established himself as an excellent passer and a strong player capable of matching up with physical strikers.

What do you think of this group of centerbacks? Who do you see emerging as the starter in Robinson’s place? Who would you call in for the June matches if you were Berhalter?