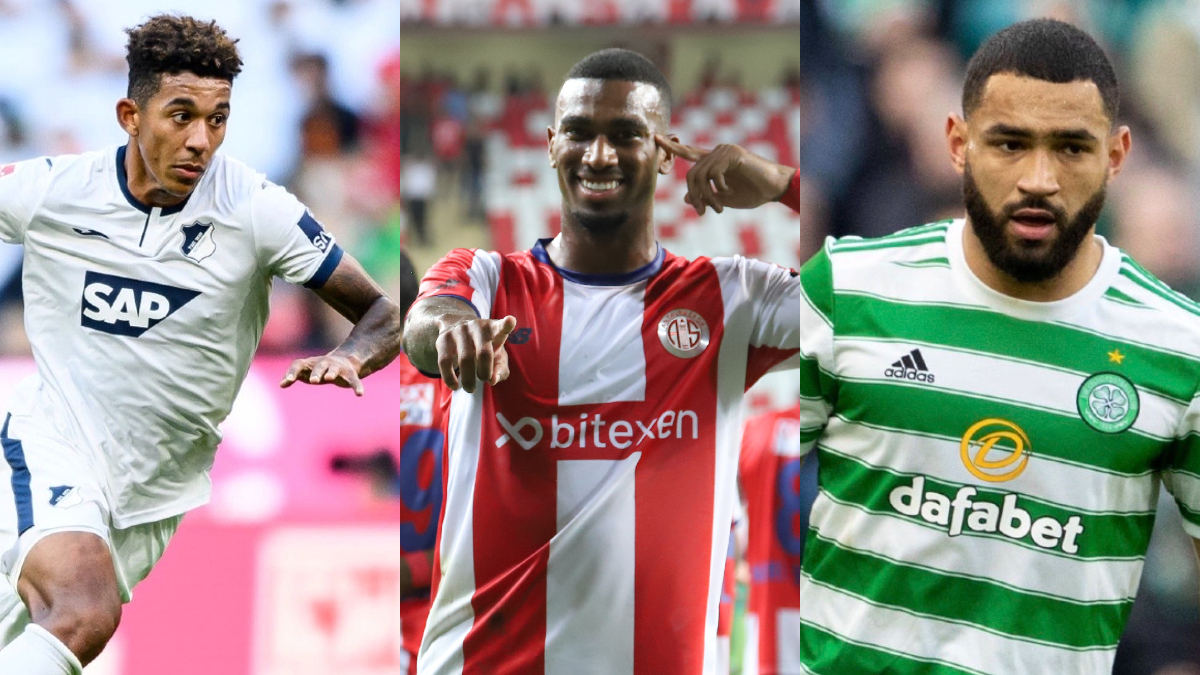 The list of Americans Abroad who spent the past season on loan is a long one, and while some enjoyed better experiences than others, that same list of players share the common trait of heading into the summer facing uncertain club futures.

For some, like Cameron Carter-Vickers and Haji Wright, loan moves turned into career years, and for those two it also meant being called up to the U.S. men’s national team. Chris Richards impressed for Hoffenheim prior to his injury-hit second half of the season in Germany.

For others, like Matt Miazga and Sebastian Soto, their seasons featured stints on the bench, and steps back in their progressions.

Here is a closer look at the Americans Abroad players coming off loan spells :

Chris Richards enjoyed a strong first half of the season for Hoffenheim before injuries plagued the Bayern Munich loanee for the final months of his loan spell.

Richards now heads back to Munich wondering what will happen next in his time abroad. The USMNT defender logged 20 appearances under Sebastian Hoeness during the season, scoring one goal and adding one assist.

After two promising loan spells at Hoffenheim, a permanent transfer could materialize, though Bayern Munich will have the final say and could be looking for a sizeable transfer for the talented young centerback.

Haji Wright fought for a move to Turkey to begin the 2021-22 season and after impressing on loan with Antalyaspor, might have seen his stock boosted for a permanent transfer.

Wright led Antalyaspor with 14 league goals this season, scoring in seven of his final eight appearances in the Super Big season. The 24-year-old’s stellar loan spell from Danish side Sonderjyske not only helped him earn his first-ever USMNT call-up, but also certainly attracted the eyes of several European clubs.

Wright’s loan with Antalayspor ended this past weekend, and with Sondersyke suffering relegation from the Superliagen, the club might not be able to afford his services for next season.

Cameron Carter-Vickers enjoyed a stellar loan with Scottish Premiership winners Celtic and will now be on the radar of several clubs for a transfer from Tottenham.

Carter-Vickers lifted the first two trophies of his club career in Glasgow this season, totaling 45 combined appearances and four goals for Ange Posteglocou’s side. The Tottenham loanee now heads into USMNT duty this June with Celtic and Newcastle United both interested in acquiring him.

Ulysses Llanez enjoyed a regular role for Austrian second-tier side SKN St. Poelten this season, but now returns to Wolfsburg with his next move undetermined.

Llanez scored six goals and added four assists in 25 league appearances in the Austrian 2. Liga, helping St. Poelten finish in eighth place. The 21-year-old has yet to debut for Wolfsburg’s first team and might continue to wait with the Bundesliga side still needing a new manager.

Matt Miazga’s most recent loan was expected to provide the American with a new opportunity at consistent playing time, but the American watched from the sidelines for most of the La Liga season.

The 26-year-old made only 12 combined appearances for Deportivo Alaves, ultimately watching as the Spanish club suffered relegation to the second-tier. Miazga has one year remaining on his Chelsea contract and could be sold this summer for the Blues to recoup a profit on the veteran centerback.

Ligue 2 side Caen missed out on the promotion playoffs in France this season and now with Nicholas Gioacchini returning from his loan spell at Montpellier, will have a major decision to make regarding his immediate future.

The 21-year-old Gioacchini registered two assists in 28 league outings for Montpellier, but struggled to find the back of the net in the top flight. Montpellier finished the Ligue 1 campaign without a victory in its final nine matches, luckily finishing 11 points away from the relegation zone.

After impressing with the USMNT in the 2021 Gold Cup, Gioacchini will have to wait to see what’s next for him at club level.

Sebastian Soto’s career has hit a standstill, and after failing to score on loan in the Scottish Premiership, might need to search for a new club this summer.

Soto featured in 12 matches for Livingston while on loan from Norwich City, but the 21-year-old failed to register a goal or an assist. Soto, who was acquired by the Canaries ahead of the 2021-22 Premier League season, has struggled for offensive production since his loan spell at Telstar in the first half of the 2020-21 campaign.

With Norwich City suffering relegation this season, Soto might be on the way out to make room for more experienced forwards.